To see what’s right in front of you, your brain may need some rewiring 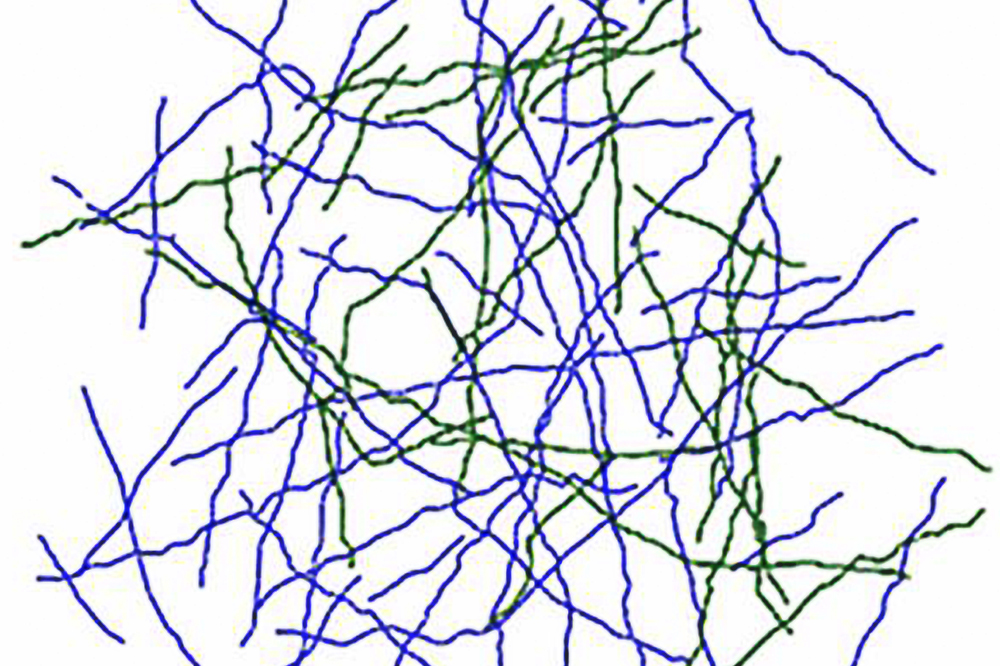 As monkeys improve at a visual task, the part of the brain devoted to vision undergoes significant changes, including the growth of new axons (green).

Life-changing moments are also brain-changing moments: everything from a first kiss to a last goodbye modifies cells within the skull. The capacity to learn and remember, however, extends beyond the profound experiences that we lament or treasure. In fact, a new study led by Rockefeller scientist Charles D. Gilbert suggests that even when we’re not consciously forming new memories, our brains can change in important ways, altering how we interpret and interact with the world.

“Some connections in brain are fixed after a period in early life, known as the critical period,” says Gilbert, the Arthur and Jane Ross Professor of Neurosciences and Behavior. “Others are changing throughout life, and play an important role in encoding information in our brain as we encounter new experiences.”

The study, published in the Proceedings of the National Academy of Sciences, focused on perceptual learning, a process that involves tuning the senses to better perceive the subtleties of various sights, sounds, and smells. Most of the time, we’re not aware that we’ve become better at distinguishing between two different shapes, for instance; but over time, with repeated exposure, this type of unconscious learning indeed takes place.

Scientists have long known that the brain can remodel itself, both as a result of normal memory formation and as a way to recover from brain damage. Gilbert had previously shown, for example, that when recovering from brain injury, neurons grow new axons, the threads that transmit signals to other cells. And he has long believed that this type of change might also occur under normal circumstances.

“We had always suspected that this ability to form new connections in the adult brain isn’t something that just evolved as a way to recover after injury,” says Gilbert. “Rather, it’s a mechanism that we’re using in our brains all the time.”

What’s more, disruptions to that mechanism could underlie some brain disorders, Gilbert says. “This type of neuronal flexibility happens in areas outside of perception,” he notes. “So if that mechanism gets disturbed, it may account for behavioral disorders such as autism and schizophrenia.”

Can you see it?

To test whether remodeling occurs in brain regions devoted to vision, Gilbert and his colleagues challenged two macaque monkeys to perceive elements of order within otherwise disordered scenes. During experiments, the monkeys viewed two pictures side by side. Both contained a frenzy of dashes, but in one image some of these dashes came together to form a cohesive line. The monkeys’ task was to identify the line—and the fewer dashes it contained, the harder it was to spot. 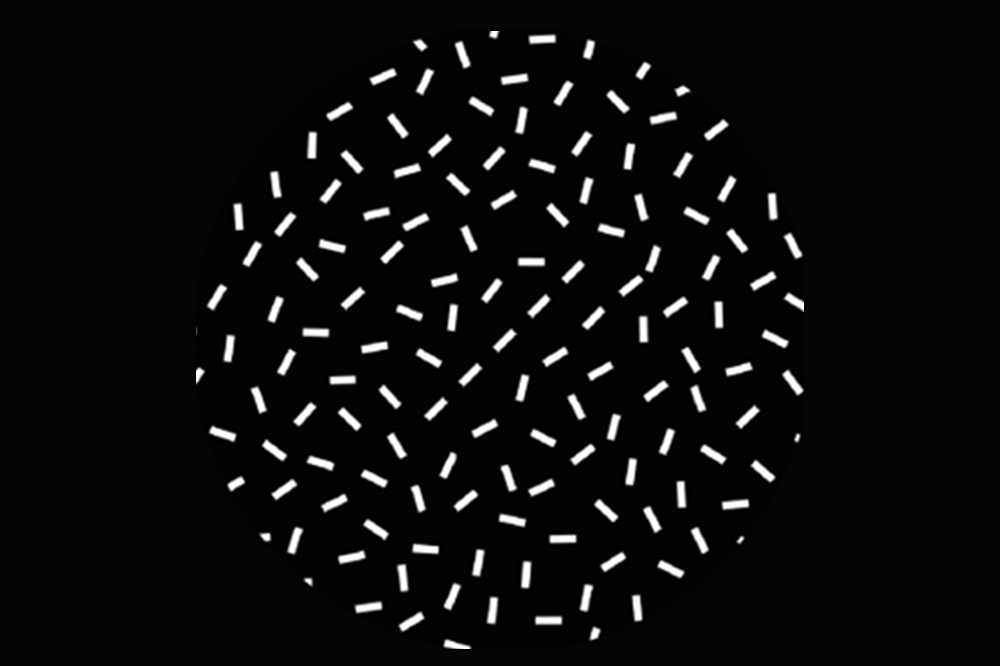 Over time, monkeys get better at spotting a straight line within a disordered picture. Here, the line consists of five dashes. Can you see it?

Initially, the monkeys succeeded only during the easy rounds, when the lines consisted of nine dashes. With weeks of training, however, they mastered increasingly difficult trials, and one animal was eventually able to spot a line only three dashes long.

“The animal didn’t need a reward to move his eye in the direction of the image that contained a line,” says Gilbert. “Just by doing the same task over and over, he improved.”

Throughout the experiment, the researchers tracked cellular changes in the visual cortex, a brain region that receives and processes signals from the eye. They found that, as the animals got better at the task, visual cortex neurons sprouted new axons and shed some old ones. These findings show that the circuitry of the adult brain is constantly changing, a quality known as plasticity.

“We’ve always known the brain needs some degree of plasticity through adulthood so that we can acquire new memories,” says Gilbert. “But it turns out that plasticity is more ubiquitous than we initially thought.”

Victor Wilson, a neurophysiologist who traced the intricate neural mechanisms that govern our balance and posture, died on January 20 at the age of 92.