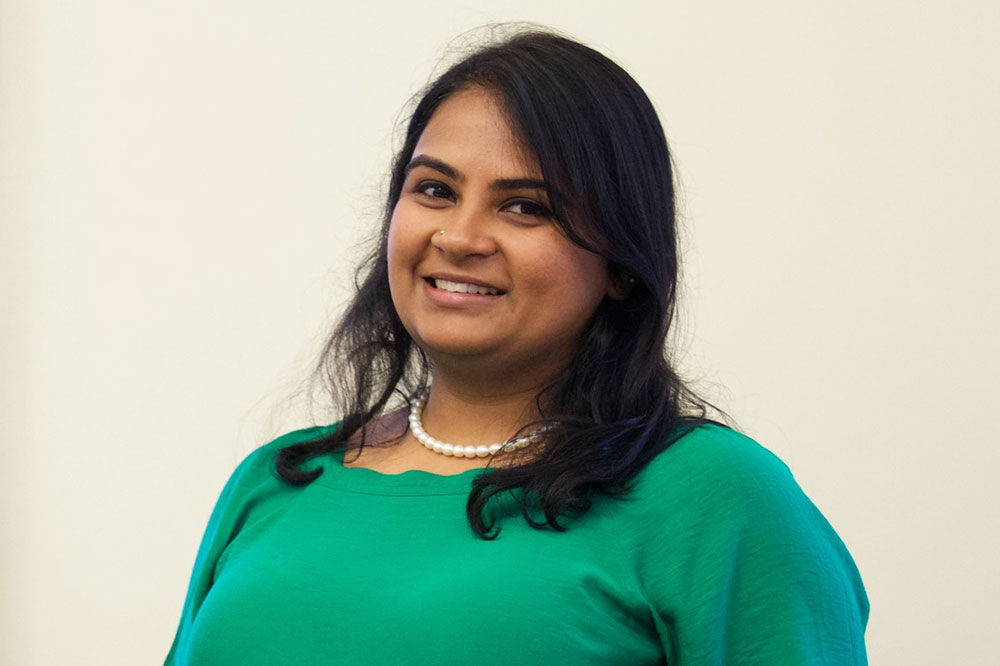 Over the past two years, Krithika Venkataraman has been working to understand how Aedes aegypti mosquito moms toggle between hunting for blood and spawning eggs. For her study of the hormonal triggers behind these activities, she was recently awarded the 2018 David Rockefeller Fellowship for Graduate Studies. By detecting the mechanisms that guide these transitions, Venkataraman hopes to reveal a window of opportunity to stop these vectors from spreading devastating diseases including Zika, dengue, yellow fever, and chikungunya.

“I’ve always been fascinated by how organisms interact with each other and their environments, and how their behaviors then change. But, I didn’t realize the ways to study that until coming to Rockefeller,” says Venkataraman.

In 2015, Venkataraman enrolled in The David Rockefeller Graduate Program, which she says offered her a unique opportunity to develop her scientific interests. “I was able to explore several fields of research during my rotations,” she says, “allowing me to think laterally in my thesis research and to solve problems creatively with techniques and ideas from different fields.”

In her second year, Venkataraman joined the research group of Leslie Vosshall, Robin Chemers Neustein Professor. “Leslie has been an incredibly supportive thesis advisor, and her committed mentorship has been critically important in inspiring me and in building my confidence and intuition as a scientist,” says Venkataraman.

In addition to her research, since her first year of graduate school, Venkataraman has been involved in the Student Representative Council. She is also on the board of the Science Communication and Media group, and she volunteers with Women in Science at Rockefeller.