Troves from a search for new biomarkers: blood-borne RNA 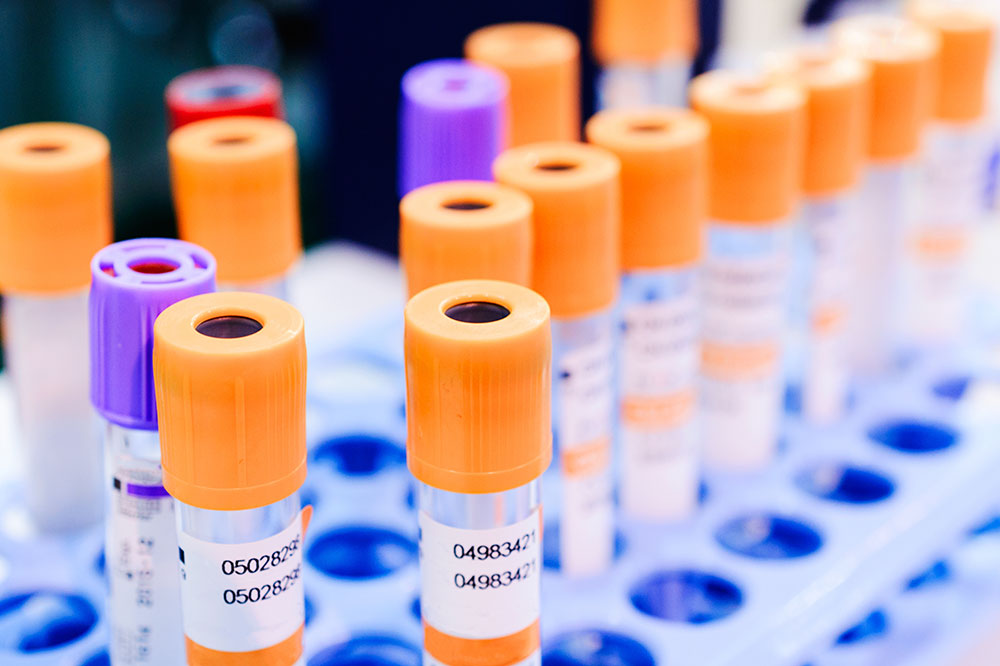 Serum and plasma contains tiny traces of exRNA, some of which can tell a lot about a person’s health status.

It’s the critical first step in treating everything from strokes to cancer: a timely and accurate diagnosis. Today, doctors often rely on biomarkers, such as cardiac troponin, the protein that appears in the blood after a heart attack, to help them figure out what’s going on with patients.

But the information the biomarkers provide can be limited. For some diseases, for example, they can be used to determine how far the illness has advanced, but not shed light on how quickly it will progress in the future. And for other diseases, there simply are no useful biomarkers.

Now, in a breakthrough that could lead to powerful new ways to diagnose and track a wide range of medical conditions, scientists at The Rockefeller University have devised an improved method for isolating and identifying tiny fragments of RNA in human blood products. On top of that, in the course of the project, they discovered that one of their study participants had a highly unusual concentration of RNA in his blood—a completely unexpected finding that prompted an ongoing follow-up study.

The new approach overcomes daunting technical obstacles and establishes so-called extracellular RNA as a potentially reliable class of biomarkers. exRNA, as it’s also known, is released by many kinds of cells, including tumor cells, and circulates on its own in the blood.

“We can survey thousands of pieces of RNA, with origins across all cell types,” says Thomas Tuschl, head of the Laboratory of RNA Molecular Biology. Identifying the specific tissue where the exRNA originates, he adds, along with its molecular structure and its abundance in the circulation, “has enormous potential for detecting disease processes and discovering new abnormalities.”

To realize that potential they needed to capture and analyze exRNA from body tissue and organs such as the liver and heart. Previous efforts have been hampered by the extremely small quantities of that material in the blood-derived preparations (plasma and serum) the researchers use in their experiments.  More than 99 percent of the exRNA in a serum sample comes from blood cells, making it hard to isolate the remaining one percent shed by organs and tissues in contact with the circulation, which is the interesting fraction for potential biomarkers.

To make matters even worse, enzymes called nucleases quickly break down any amounts of exRNA in a sample.

The new method, which involves multiple refinements in the preparation and processing of the plasma and serum samples tested, solves that longstanding scarcity problem, and it has other advantage as well.

“Every step can be performed by a robotic liquid handling system,” says Rockefeller research associate Klaas Max, first author of the new study, which was published this month in the Proceedings of the National Academy of Sciences. The fully automated system is faster than earlier methods and allows for high-throughput screening.

“We can process hundreds of samples and easily compare them to each other,” says Tuschl. “That wasn’t possible before.”

In developing the new technique, the researchers processed and analyzed a total of 312 blood samples collected from 13 healthy subjects, including both men and women, over a two-month period. That schedule was designed to answer another critical question about exRNA—does it remain stable over time?

Stability is essential for biomarkers, which, among other things, often need to be routinely monitored in long-term clinical studies. Results confirmed that the subjects’ circulating exRNA, which came from muscle, neuroendocrine, and epithelial cells, remained consistent in composition and concentration over the two months.

In addition to demonstrating the speed and efficacy of the new method, the study also examined the influence of gender, food intake, and other factors on the subjects’ exRNA profiles—information that will be important to know in developing exRNA-detection tools for future clinical use. The researchers concluded that gender had a mild effect while other factors, including menstrual cycle, had no measurable effect and will not need to be controlled for in a test.

For now, the new and improved approach to screening for exRNA remains experimental, and costly.

“But sequencing techniques tend to get cheaper and more efficient every few months,” says Max. “At some point, the isolation and analysis of exRNA in the circulation could become a cost-effective way to routinely monitor important physiological changes, and may allow earlier detection of disease.”

As for the unexpected discovery, it involved “study subject P12,” a man who was found to have at least twice as much exRNA in his plasma and serum as the other volunteers in the study. “We did not anticipate that at all,” Max says. “We had never seen such a case before.”

The discovery confirmed the efficacy and sensitivity of the team’s methods, and strengthened the case for exRNA as a reliable biomarker—P12’s exRNA profile remained stable for a full year. In addition, it opened up a whole new front in their research.

At first, they thought P12 might have cancer or some other serious disorder, but MRIs and other medical tests all came back normal. The high concentration of exRNA was the only unusual thing about his blood.

So the researchers went from studying 13 people to a new study with 236 people, and may have identified another person with an exRNA profile similar to P12’s.

“If it was one in 10,000 it wouldn’t be so interesting,” says Tuschl, “because it would be a rare genetic condition.” But one in a few hundred suggests a more common anomaly that could turn out to be clinically important.

“For example,” he says, “we were thinking that these unusually high levels could be linked to acquiring autoimmunity, because circulating nucleic acids can also be immune stimulatory. But that’s speculation at this point.”

The follow-up study continues as the researchers seek answers.

New compounds could be used to treat autoimmune disorders

In autoimmune disorders, the body’s defense system erroneously attacks normal cells, leading to serious health problems. Researchers have developed new molecules that potentially could be used to treat many of these conditions.

Scientists have made the first comprehensive inventory of cells present in the human placenta of the first trimester, a stage when many pregnancy complications are thought to arise. The findings could fuel new research on conditions such as preeclampsia and pre-term birth.