A. James Hudspeth to receive Kavli Prize in Neuroscience 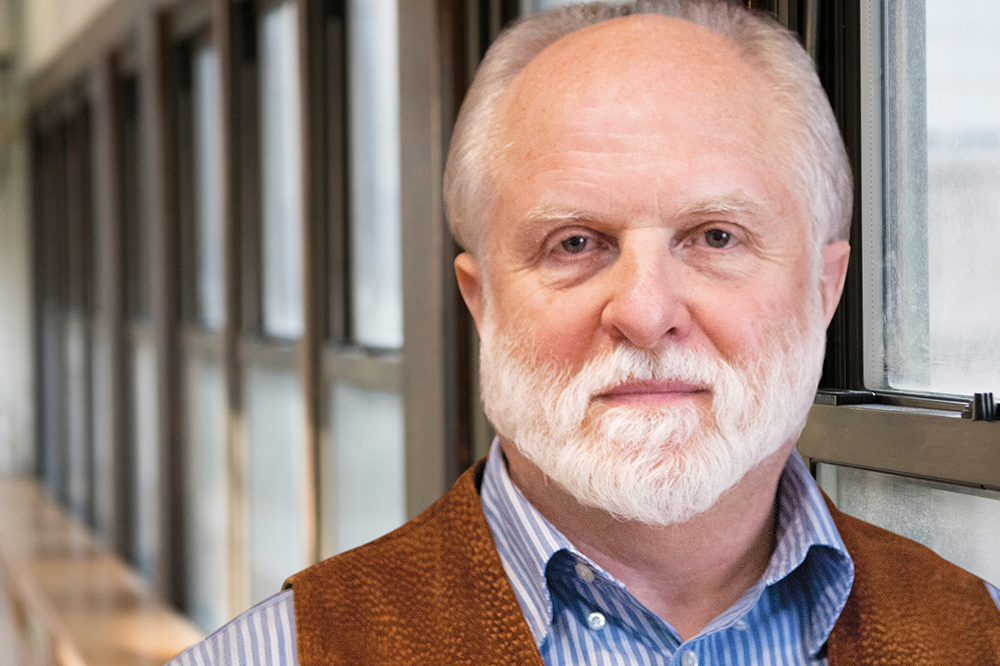 A. James Hudspeth, the F.M. Kirby Professor and head of the Laboratory of Sensory Neuroscience at Rockefeller, will receive the 2018 Kavli Prize in Neuroscience. Hudspeth, who is also a Howard Hughes Medical Institute investigator, shares the prize with Robert Fettiplace, of the University of Wisconsin, and Christine Petit, of the Collège de France and Pasteur Institute. Together, they are receiving the honor for their pioneering work on the molecular and neural mechanisms of hearing. The awards, presented by the Norwegian Academy of Science, were announced today at the World Science Festival in New York.

When Hudspeth began his studies in the late 1960s, very little was known about hearing beyond basic anatomy and physiology. Hudspeth revealed the role of the receptor cells of the inner ear, as well as the role and development of hair cells, which translate sound-induced mechanical actions into electrical signals for transmission to the brain. He also showed how sound is amplified by thousands of these hair cells covering the cochlea, a conch-shell-shaped cavity in the inner ear. Recently, Hudspeth has begun exploring the possibility of using hair cell regeneration as treatment for hearing loss. His studies of the neural mechanisms of hearing are facilitated by a specially designed microscope that can record a million measurements a second, with subnanometer resolution.

“The Kavli Prize is a tremendous honor, and I’m delighted to see this recognition of Jim’s extraordinary science,” says Richard P. Lifton, Rockefeller’s president. “Jim’s work exemplifies the principle that great basic science is not only intrinsically beautiful and informative, but lays the groundwork for improving the lives of millions. Jim’s work provided the basic understanding of hearing that has allowed development of cochlear implants, bringing hearing to countless deaf individuals.”

The Kavli Prize is a partnership between the Norwegian Academy of Science and Letters, the Kavli Foundation and the Norwegian Ministry of Education and Research. First awarded in 2008, the Kavli Prize recognizes scientists for pioneering advances in our understanding of existence at its biggest, smallest, and most complex scales. Presented every two years in the fields of astrophysics, nanoscience, and neuroscience, each of the three prizes brings with it a $1 million cash award and a gold medal.

The 2018 Kavli Prizes will be presented on Tuesday, September 4, at a ceremony in Oslo, Norway.