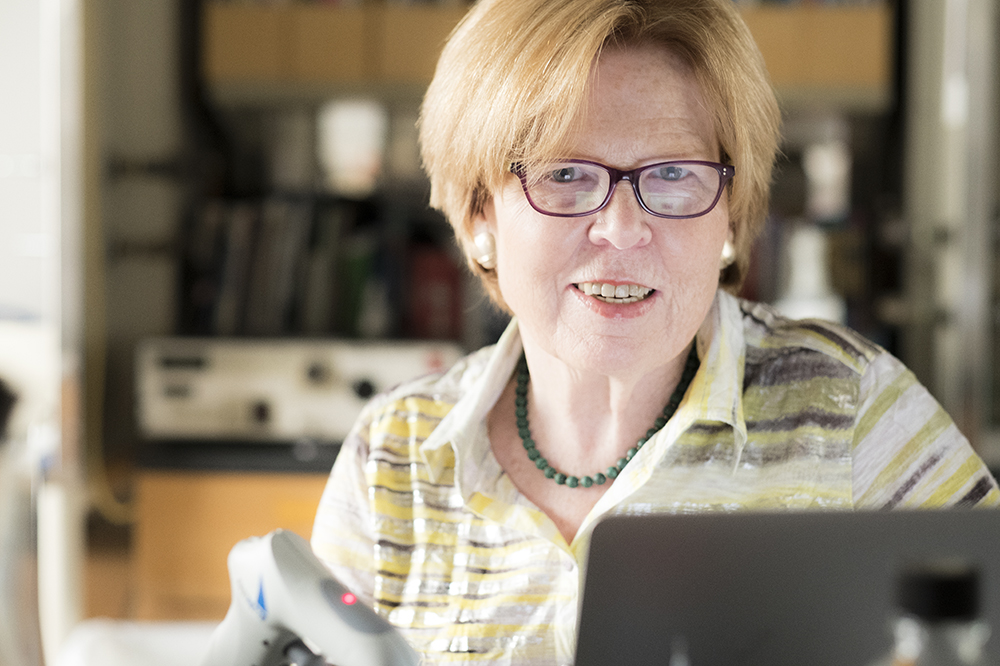 Mary E. Hatten, a neuroscientist who studies the mechanisms of neuronal differentiation and migration during the early stages of embryonic development, has been awarded the 2017 Ralph W. Gerard Prize in Neuroscience. The $25,000 prize, given annually by the Society for Neuroscience, honors an outstanding scientist who has made significant contributions to neuroscience throughout his or her career.

Hatten is the Frederick P. Rose Professor and head of the Laboratory of Developmental Neurobiology. Her research, which explores how the brain forms in the early stages of embryonic development, has helped to illuminate its complex architecture at the cellular level.

Hatten’s pioneering work on real-time imaging of central nervous system neuronal migration directly showed that neural migration along radial glial fibers underlies development of the cerebral cortex. Her lab also uses genetic and molecular approaches to understand how genetic mutations may give rise to developmental diseases, such as autism and schizophrenia, and to pediatric brain cancers. In recent work, Hatten and her colleagues described the role of a DNA-packaging protein, chromatin, in forming the cerebellum, the part of the brain that enables learning and the execution of complex movements.

The Gerard Prize is highest honor given by the 38,000-member Society for Neuroscience. Previous Rockefeller recipients include Torsten N. Wiesel in 1993, Paul Greengard in 1994, and Jim Hudspeth in 2003.