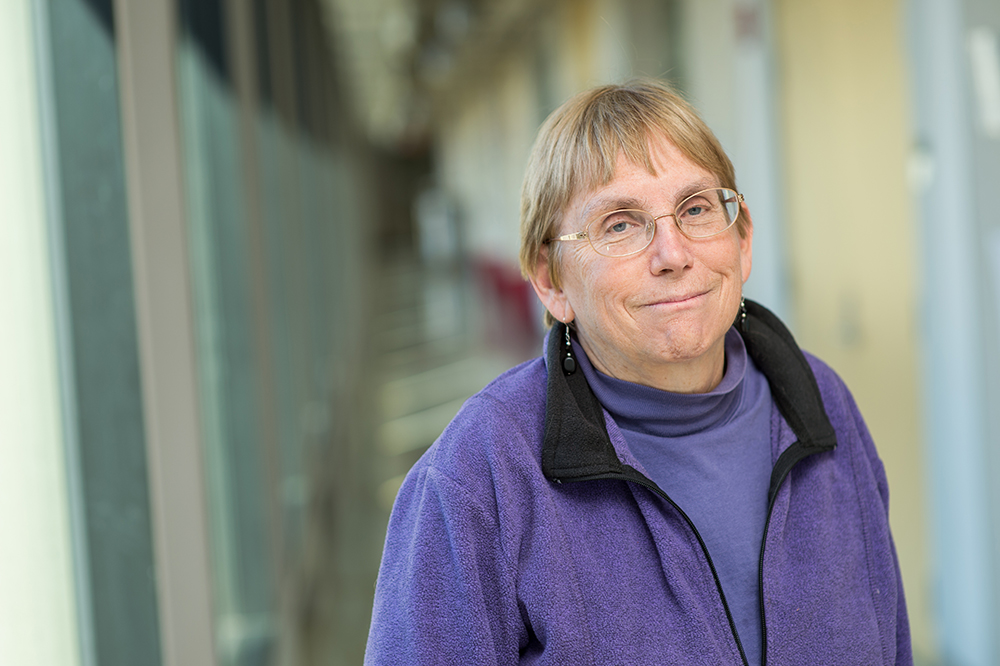 The Rockefeller University today announced that JoAnne Stubbe will receive the 2017 Pearl Meister Greengard Prize, the preeminent international award honoring outstanding women scientists. Stubbe, who is the Novartis Professor of Chemistry and Biology Emeritus at the Massachusetts Institute of Technology, will receive the 14th annual Prize in a ceremony at Rockefeller on November 7, 2017. Paula A. Johnson, president of Wellesley College, will present the award.

Stubbe illuminated the mechanism of ribonucleotide reductase—the enzyme responsible for converting ribonucleotides, the building blocks of RNA, into deoxyribonucleotides, the building blocks of DNA. Ribonucleotide reductase is a proven target for three currently used cancer therapies, and Stubbe’s research on mechanism-based inhibitors of reductase led to the development of the pancreatic cancer drug gemcitabine. Stubbe, in collaboration with biochemist John Kozarich, elucidated the mechanism of bleomycin, an antitumor therapeutic commonly used in the treatment of lymphoma and other malignancies.

President Barack Obama presented Stubbe with the National Medal of Science in 2009. She is the recipient of the Welch Award in Chemistry, the Franklin Medal in Chemistry, and many other accolades.

“Stubbe has revealed a key part of the complex chemistry underlying the biology of life, and her unique approach has led to profound findings about the catalytic processes that drive DNA replication and repair—the essential functions of life and heredity,” said Paul Greengard, Vincent Astor Professor and Head of the Laboratory of Molecular and Cellular Neuroscience at Rockefeller. Greengard and his wife, the sculptor Ursula von Rydingsvard, founded the Pearl Meister Greengard Prize in 2004. Greengard, who shared the 2000 Nobel Prize in Physiology or Medicine for his contributions to understanding nerve cell communication in the brain, has been a lifelong advocate for women scientists. He donated his Nobel honorarium to Rockefeller to found the Pearl Meister Greengard Prize, naming the award after his mother, who died during his birth.

“It’s an incredible honor to be chosen to receive the Pearl Meister Greengard Prize—especially when I look at the extraordinary list of women who have received this award before me,” said Stubbe. “There were very few women in chemistry during the early years of my career, and while so much has changed, supporting and spotlighting the work of women scientists is still very important. My own mother and grandmother were strong, amazing women who encouraged me to pursue my passions, and I’m grateful to Dr. Greengard for creating such a special tribute to women in honor of his own mother.”

The Pearl Meister Greengard Prize carries a $100,000 honorarium, and Prize winners are chosen by a committee of ten scientists, four of them recipients of the Nobel Prize.

Johnson, who will present the award, is the president of Wellesley College, as well as a former faculty member at Harvard Medical School and the Harvard T.H. Chan School of Public Health. A renowned cardiologist and women’s health advocate, Johnson was among the first researchers to highlight the role of sex differences in medical care and treatment.

The Pearl Meister Greengard Prize ceremony is open to the public, but registration is required. For more information, please visit www.rockefeller.edu/greengard-prize.

Doudna, a pioneer in the study of RNA, will be given the prize during a ceremony on the Rockefeller campus on Tuesday, October 2.

by Alexandra MacWade, assistant editor For hundreds of years, bacteria were thought of as reclusive, antisocial organisms. But molecular biologist Bonnie Bassler, known to some as the “Bacteria Whisperer,” discovered that these single-celled creatures actually talk to one another and collaborate by using a communication mechanism known as quorum sensing. Last…...