The university’s annual science festival for kids, now in its fourth year, drew more than 1,000 visitors to Rockefeller May 6. Science Saturday, hosted jointly by the Parents & Science and Science Outreach programs, featured more than 35 hands-on experiments and interactive demonstrations led by more than 120 volunteers from Rockefeller and neighboring institutions.

As part of the university’s community outreach efforts, free tickets were offered to under-resourced middle schools in New York City.

See photos from the event below, watch videos of the talks given by Magnasco and Jarvis, and follow Rockefeller’s Science Outreach program on Facebook to learn about upcoming events. 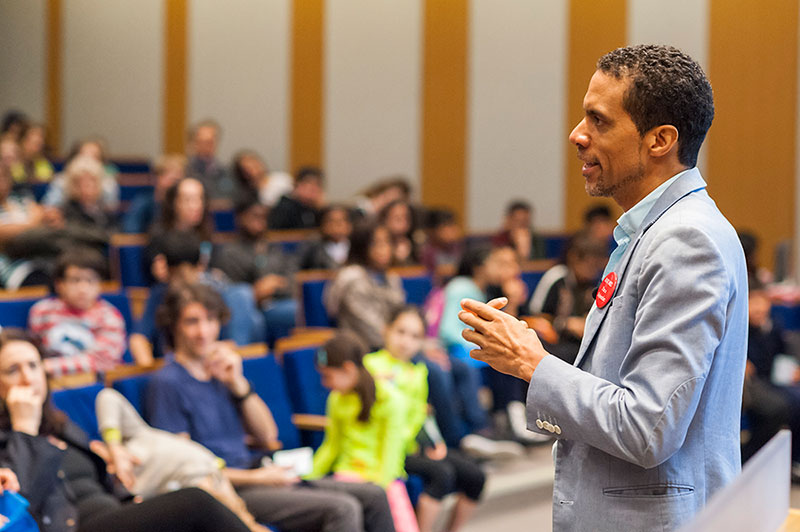 Erich Jarvis discusses the similarities between birdsong and human speech, and his work on the genetics behind both, in a talk for students in grades 5 through 8. 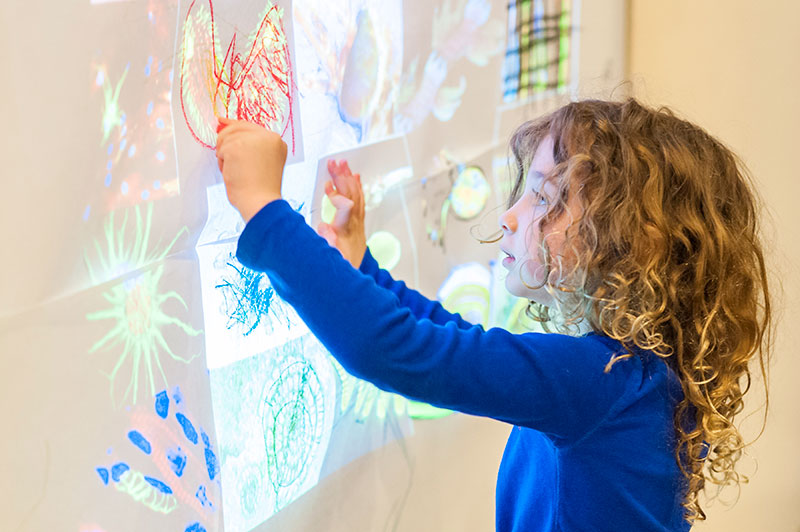 Appreciating the beauty of nature, by using a crayon to trace projected biological images at various scales. 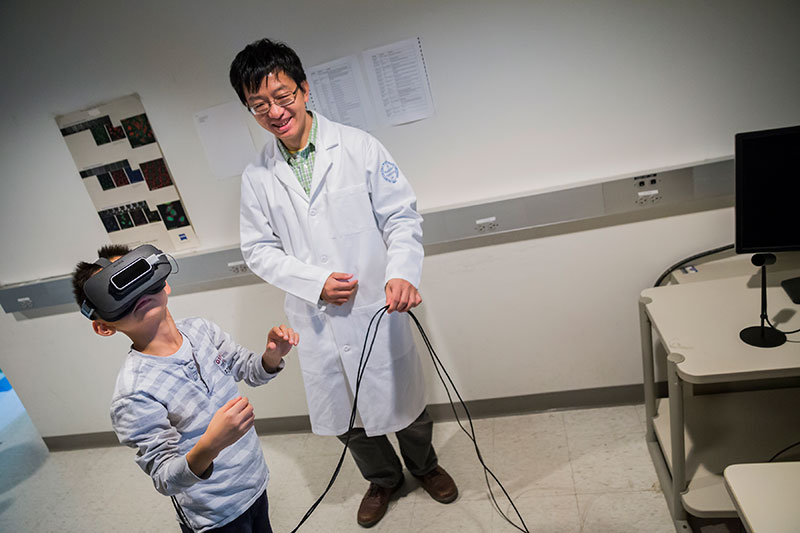 Virtual reality goggles give scientists a tool to explore biological samples in three dimensions. The exhibit was part of the Bio-Imaging Resource Center tour. 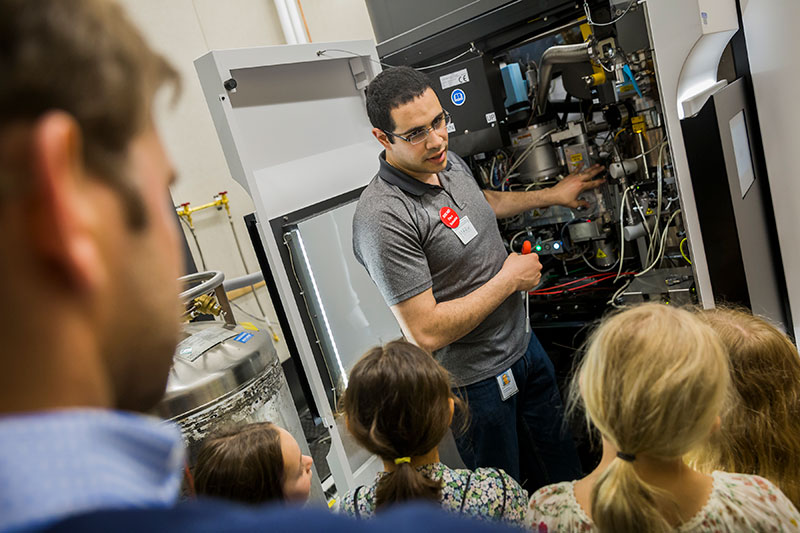 Senior staff scientist Mark Ebrahim shows the inside of a microscope during a tour of the Cryo-Electron Microscopy Center. Cryo-EM uses beams of electrons to image protein samples that have been flash-frozen at cryogenic temperatures, revealing their atomic structures. 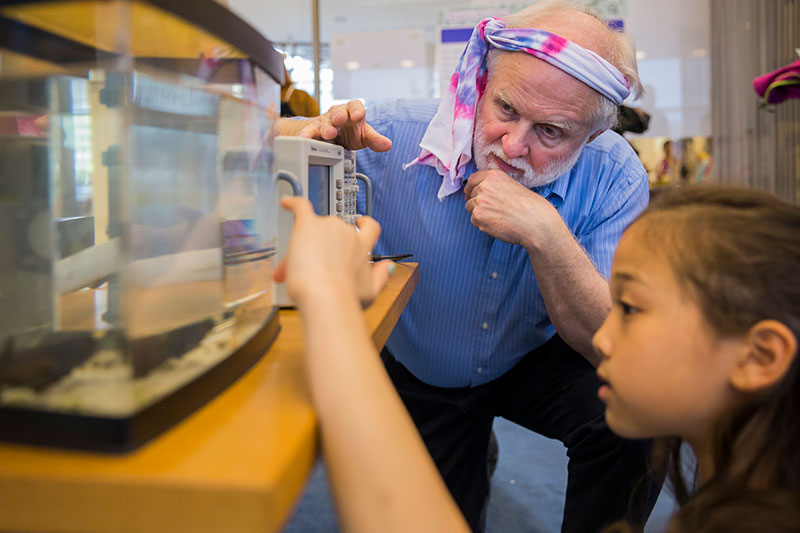 A. James Hudspeth, F.M. Kirby Professor and head of the Laboratory of Sensory Neuroscience, uses an oscilloscope to measure electrical signals emitted by a black ghost knifefish. His learning station, called “The Physics of Life,” explored the principles of magnetism, chemical reactions, and virtual optical systems. 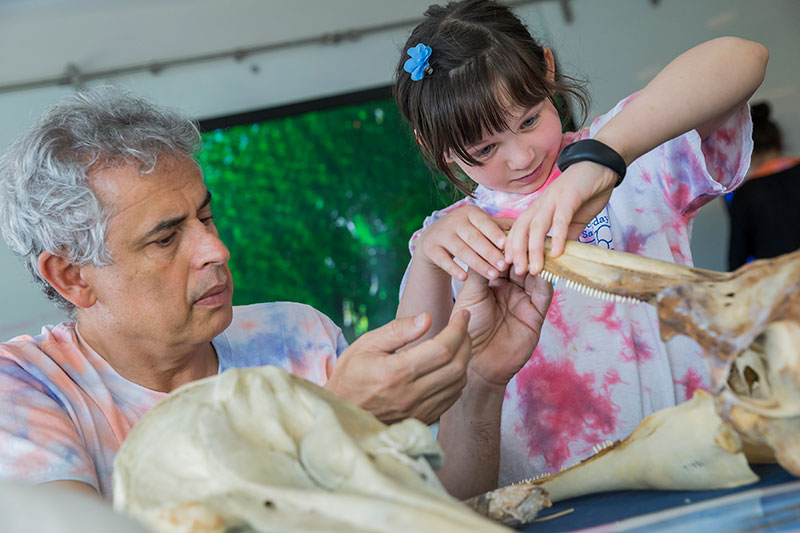 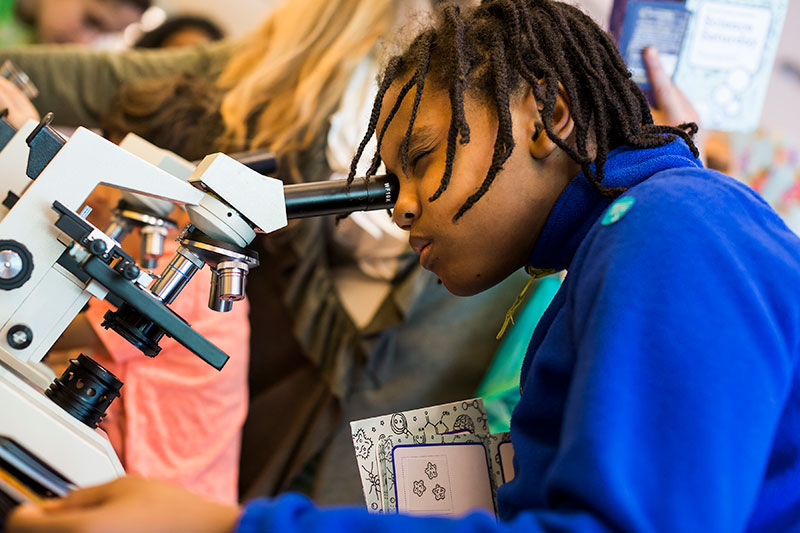 Microscopes were everywhere, providing kids with an opportunity to observe many different types of biological phenomena using the same professional tools as working scientists. 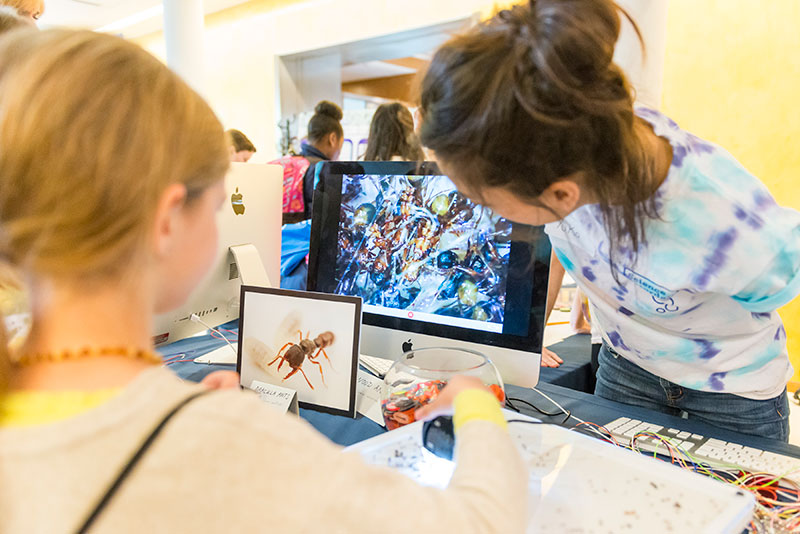 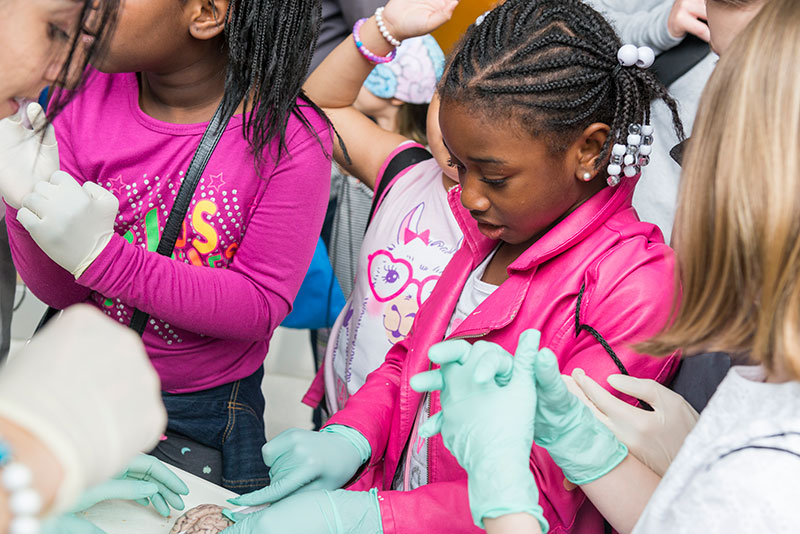 News from the Rockefeller community