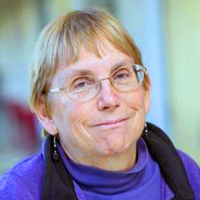 JoAnne Stubbe has devoted her career to unraveling the complex chemistry at the root of life. In the process she has revolutionized the field of biochemistry and solved a great puzzle in biology. She showed how a key enzyme extracts energy from potentially dangerous molecules known as free radicals in order to help create the building blocks for DNA. Stubbe’s insights into the remarkable biochemical gymnastics necessary to harness the reactivity of free radicals—which are known to cause cancer— led to the design of widely used chemotherapy drugs. Her work promises to have broad practical impact outside of medicine as well, including in the development of biodegradable alternatives to petroleum-based plastics.

A scientist’s scientist, Dr. Stubbe has a devotion to discovery that propels her to explore new methodologies and establish collaborations to solve problems in basic biology. For her groundbreaking experiments, she was awarded the National Medal of Science in 2009. Dr. Stubbe was the first woman to receive tenure in the Chemistry Department at the Massachusetts Institute of Technology, where she holds professorships in both biology and chemistry. She is a member of the National Academy of Sciences. 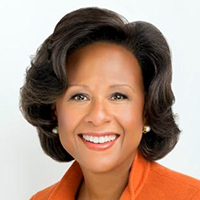 Paula A. Johnson is the president of Wellesley College. A cardiologist by training, Dr. Johnson served as chief of the Division of Women’s Health at Brigham and Women’s Hospital from 2002 to 2016. She founded and served as the inaugural executive director of the hospital’s Connors Center for Women’s Health and Gender Biology, which opened in 2002. She has chaired Boston’s Public Health Commission and served in leadership roles at the National Institutes of Health and the U.S. Department of Health and Human Services. Dr. Johnson is a member of the American Academy of Arts and Sciences, the National Institutes of Health Advisory Committee on Research on Women’s Health, and serves on the Board of Planned Parenthood Federation of America.

The Pearl Meister Greengard Prize, awarded annually by The Rockefeller University, was established by Dr. Paul Greengard, the University’s Vincent Astor Professor, and his wife, the sculptor Ursula von Rydingsvard. Dr. Greengard donated his monetary share of the 2000 Nobel Prize in Medicine to Rockefeller and, in partnership with generous supporters of the University, created this major international prize. The prize is name in memory of Dr. Greengard’s mother, who died giving birth to him.