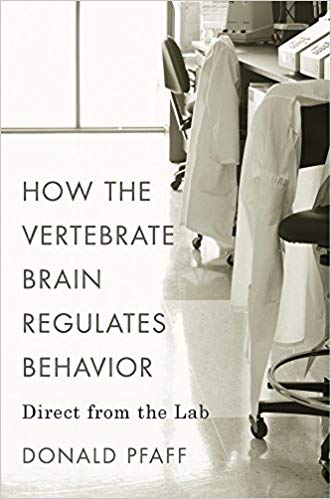 How the Vertebrate Brain Regulates Behavior: Direct from the lab.  (Harvard University Press, 2017).

This book describes the long string of experiments necessary to solve the problem of discovering mechanisms for a mammalian social behavior required for reproduction.

The discovery of hormone receptors in the brain, the analysis of the neural circuitry involved, effects of hormones on gene expression in the brain and effects of gene knockouts on behavior are covered. 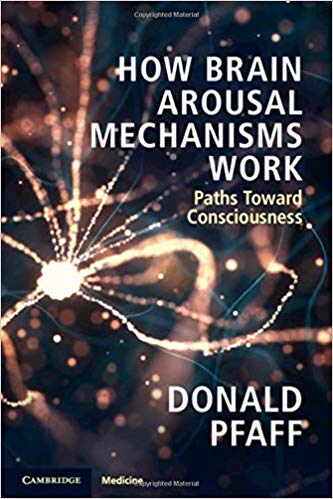 Nerve cells deep in the brainstem are supremely important for the initiation of a wide variety of motor activities.  The book argues that they are part of an Anterior/Posterior longitudinal integrated system whose activity is crucial for emergence from anesthesia, from sleep and from traumatic brain injury.

Several years ago, famed MIT professor Nicholas Negroponte quit his job at the MIT Media Lab in order to start the program called “One laptop per child”.  It was successful in distributing to children, in economically developing countries, computers for free which did not need line electricity.  It is said that some African children had “Google” as their first word in English.

Inspired by Negroponte, I arranged with Springer to do a Neuroscience text similarly sent for free to medical professors and students in countries with low gross domestic products per capita.

In coming years the 3rd edition will be much expanded by an emphasis on molecular developmental neuroscience, thus to become the most comprehensive neuroscience text ever, which again will be free in countries with the poorest economies.

An inclusive summary of knowledge in this field by a large number of authors contributing about 100 chapters.  All vertebrate forms are covered, as are a number of clinical topics.

For this undergraduate text, rather than just collect and publish factual details, we showed that this field of neuroscience has matured to the point that interesting principles can be conceived, stated and supported.

Overall, progress in this field shows hormone/brain relations to be one of the best in neuroscience for uniting molecular and neurobiological and behavioral approaches.