The purpose of this assay has been to measure the initiation of behavior resulting, exclusively, from forces intrinsic to the brain.

The assay is designed to include all changes of behavior which are part of the operational definition of Generalized CNS arousal (Pfaff, 2006), and only those. They are (1) the initiation of voluntary motor activity;  (2) Responsiveness to well-controlled sensory stimuli; and (3) Emotional reactivity (fear). This year we are concentrating on (1), the initiation of motor activity.

Using this assay, Alex Proekt in our lab discovered (Figure A1) that, measuring the second-by-second initiation of motoric behavior, the animal’s behavior exactly follows a power law (see Equations) over three orders of magnitude. See the Equations box.

Figure A1: Intervals between movements in our Generalized Arousal assay, on a second-by-second basis, follow a straight line (in this log/log plot) over more than 3 orders of magnitude. This indicates scale-free dynamics. In physical systems, one observes scale invariance near a critical point. Here the results might imply that the neural system initiating movement. second by second, in this assay, is poised in the vicinity of a phase transition.

On a different time scale,  tracking a circadian rhythm, behavior in our Generalized Arousal assay (not involving running wheels) showed that every animal’s individual behavior followed a mathematically defined curve when the lights switched off (Figure A2, and see Equations).  Most surprising, when the lights switched back on, the declining curve of motor activity showed a reverse symmetry: the same equation, but going down rather than going up. 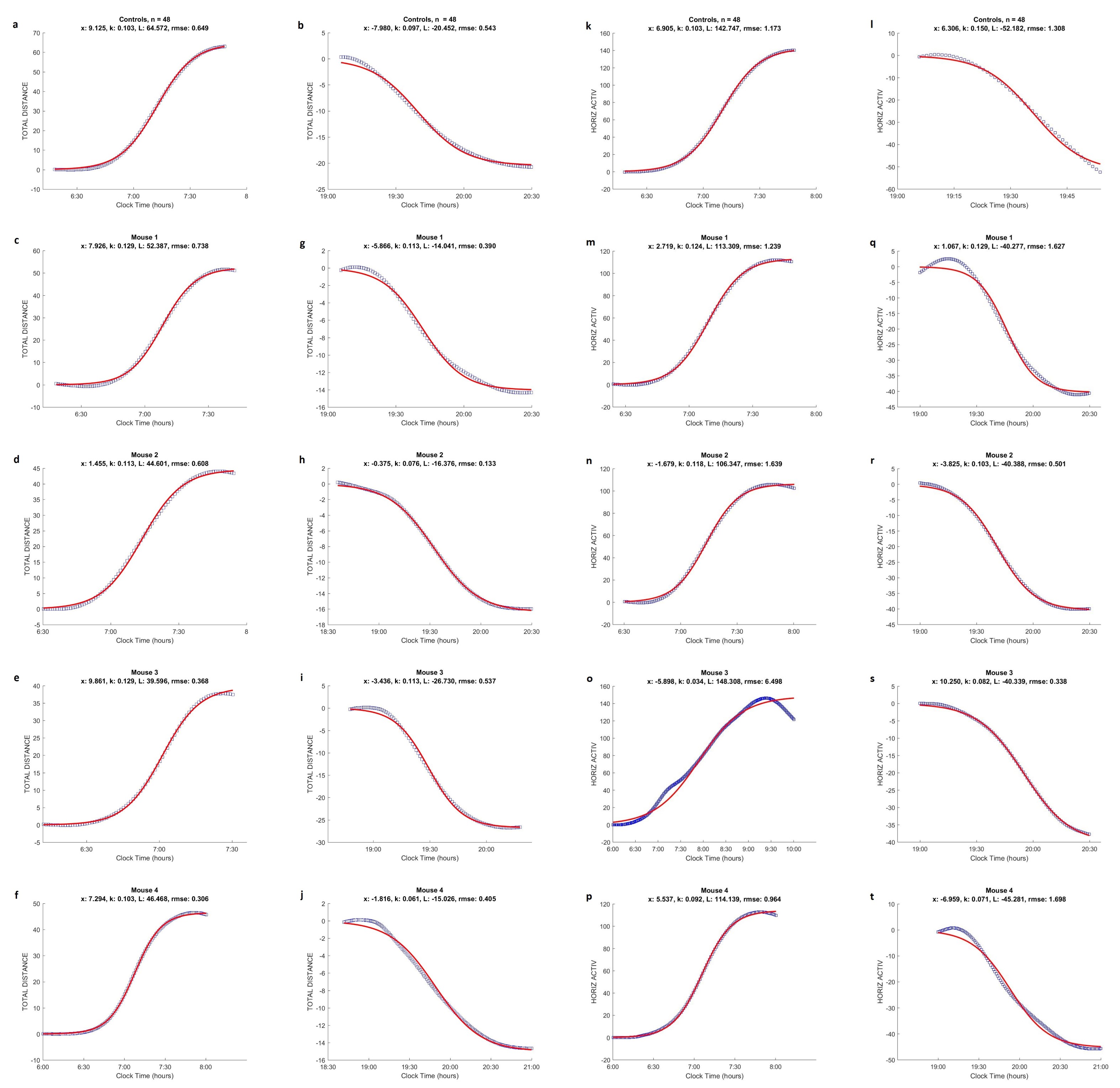 It is rare to find thoughts and empirical circumstances where variations in natural behaviors can be completely described with mathematical precision.