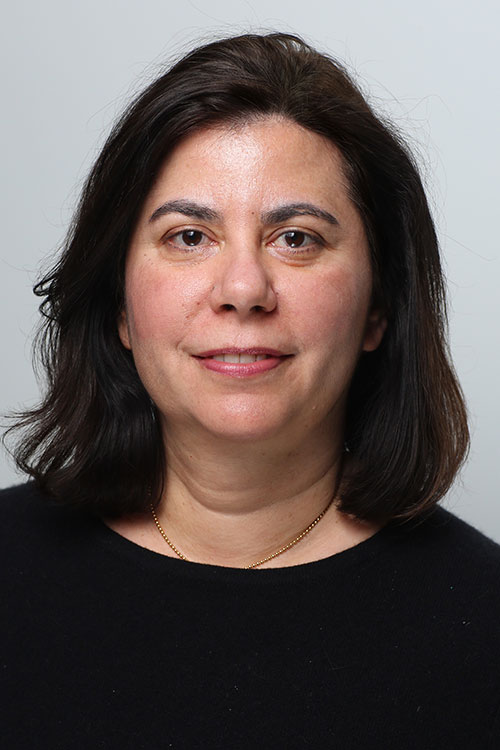 Nathalie Blachere
Senior Research Associate
E-mail: blachen@rockefeller.edu
Nathalie received her Ph.D. in Cellular Biology and Immunology from Fordham University in 1998, joined the Darnell lab in 2000 and is currently a Senior Research Associate. Her research involves studying mechanisms underlying autoimmunity and tumor immunity in diseases such as Paraneoplastic Neurologic Disorders and Rheumatoid Arthritis. Favorite pastimes outside the lab include cooking, knitting and bicycling. 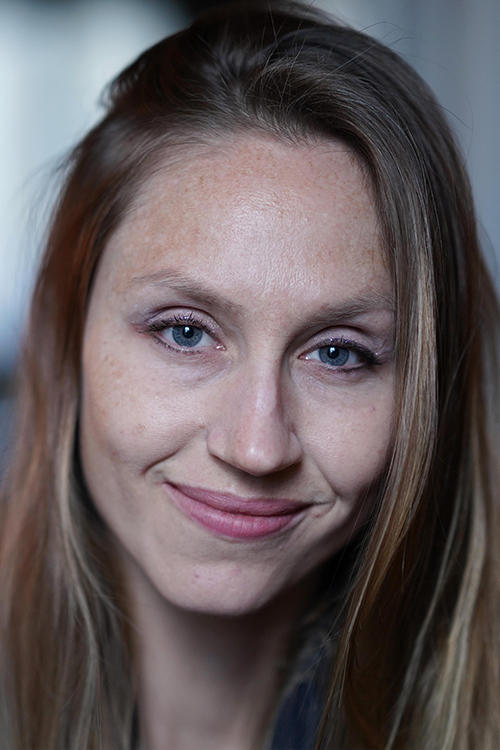 Erin Conlon
Postdoctoral Fellow
E-mail: econlon@rockefeller.edu
Erin completed her PhD studies in the laboratory of Jim Manley at Columbia University. Her research interests center on the regulation of gene expression in the brain through the actions of multi-RNA binding protein assemblies that are prone to aggregation. She is investigating how combinatorial miRNA-associated protein complexes can effect differential outcomes of mRNA translation and decay in neurons. Outside the lab, she enjoys going to shows with friends, traveling, rowing and running. 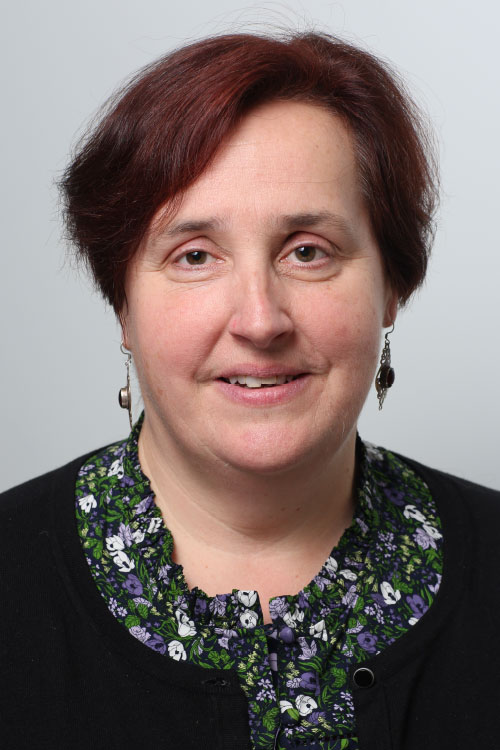 Marie Hele Curry
Laboratory Administrator
E-mail: hcurry@rockefeller.edu
Marie received her MPA from Baruch College in 2017 and has been a member of the Rockefeller community for 20 years. She joined the Darnell lab as the Lab Administrator in 2018. She enjoys walking the 59th Street bridge every day and also enjoys travelling to Ireland to see family. 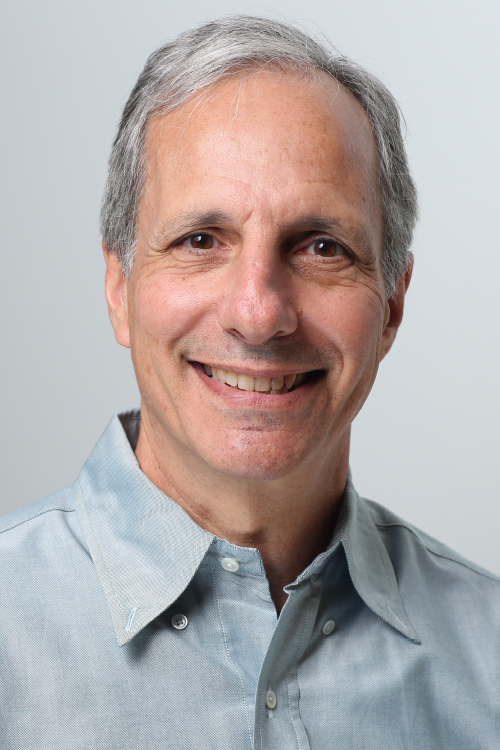 Robert B. Darnell
Professor, Head of Laboratory
E-mail: darnelr@rockefeller.edu
Dr. Darnell is a physician scientist who has pioneered next-generation approaches to understanding RNA genomics in human disease. His research interests began with studies of naturally occurring tumor immunity, autoimmunity, and neurodegeneration present in patients with rare brain disorders. His lab discovered the existence of neuron-specific systems for RNA regulation in the brain and subsequently developed new molecular approaches (CLIP) to understand their role in neurons and their link to intellectual function and human disease. Dr. Darnell joined Rockefeller University in 1992 as Head of the Laboratory of Molecular Neuro-Oncology and is currently a senior physician at Rockefeller University Hospital. In 2002, he became the Robert and Harriet Heilbrunn Professor of Cancer Biology and an Investigator with the Howard Hughes Medical Institute (HHMI). Dr. Darnell is Founding Director and CEO Emeritus of the New York Genome Center, and is an elected member of the National Academy of Medicine (2010), the National Academy of Sciences (2014), and the American Academy of Arts and Sciences (2019). 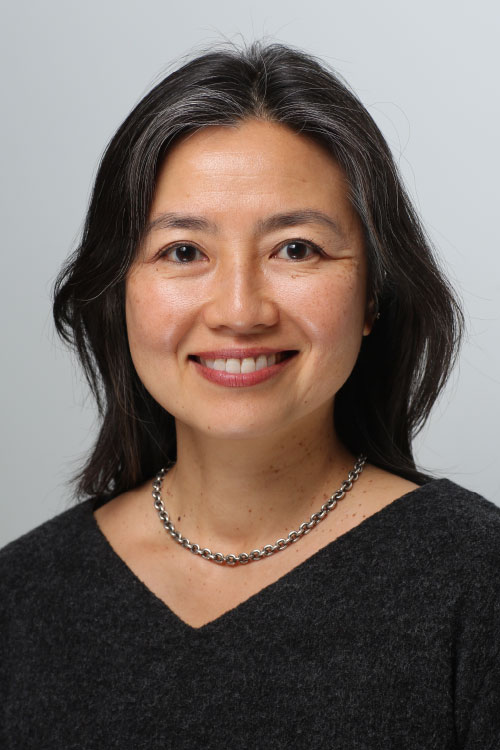 Okawa Mayu Frank
Clinical Research Nurse Practitioner
E-mail: frankm@rockefeller.edu
Mayu is a nurse practitioner and has been with the Darnell lab since 1999. As a clinical researcher, her projects focuses on developing and expanding clinical uses of constitutional and cancer genomics across different patient populations. In her spare time she enjoys going on road trips with her family. 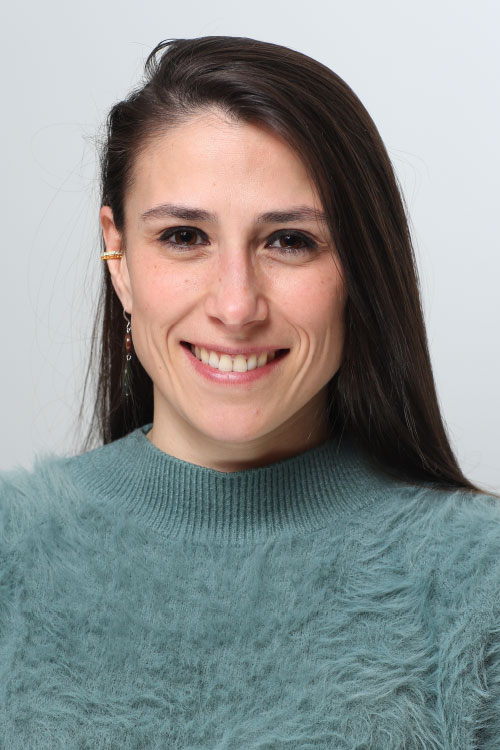 Fatma Hacisuleyman
Postdoctoral Associate
E-mail: fhacisuley@rockefeller.edu
Ezgi has been a postdoctoral associate in the Darnell lab since December 2017. She received her Ph.D. from Harvard University and transitioned to Jonathan Weissman’s lab as a postdoctoral fellow for one and a half years. After developing a proximity-based ribosome profiling approach in the Weissman lab, she moved to the Darnell group to utilize her method to understand localized RNA and translational dynamics in neurons. Outside of science, she enjoys playing the violin, painting, and discovering the house music scene in NYC. 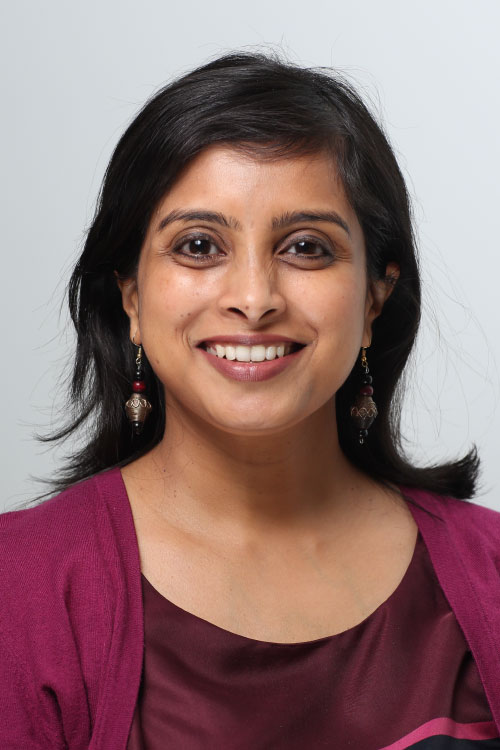 Krithi Irmady
Instructor in Clinical Investigation
E-mail: kirmady@rockefeller.edu
Krithi joined the Darnell lab in 2017 as a Clinical Scholar and Instructor in Clinical Investigation after completing her neurology residency at Yale University. She is currently a movement disorders fellow at Columbia University. Her research focuses on understanding the mechanisms of RNA regulation in Parkinson’s disease. When not working, she enjoys traveling, reading and bird-watching. 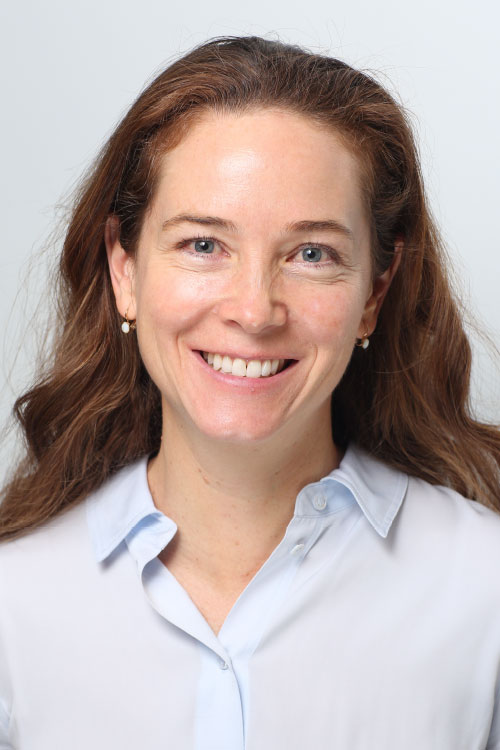 Dana Orange
Assistant Professor of Clinical Investigation
E-mail: dorange@rockefeller.edu
Dana Orange graduated from Cornell University where she was elected to Phi Beta Kappa. She received her medical degree from Weill Cornell Medical College, elected there to Alpha Omega Alpha. She trained as an intern, resident and assistant chief resident in Internal Medicine at New York Presbyterian Hospital, Cornell Campus and completed a rheumatology fellowship at Hospital Special Surgery where she is currently appointed as Assistant Attending. She joined Rockefeller University as a Clinical Scholar and is now Assistant Professor of Clinical Investigation, Chief Rockefeller Early Phase Physician Scientist, and Co-Chair of the Association of Clinical and Translational Science Committee. She focuses on applying cellular immunology and longitudinal genomics to gain insights into rheumatologic disease. 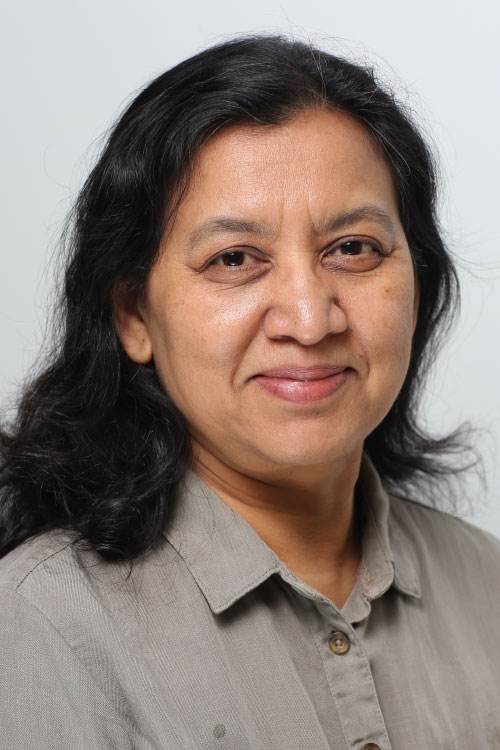 Salina Parveen
Research Specialist
E-mail: sparveen@rockefeller.edu
Salina received her Master’s from Kagawa University, Japan and joined the Darnell Lab in 2006. She is currently working on a clinical research study involving genomics. During her down time, she is an avid yogi and a rising star at Tim’s gym fitness classes! 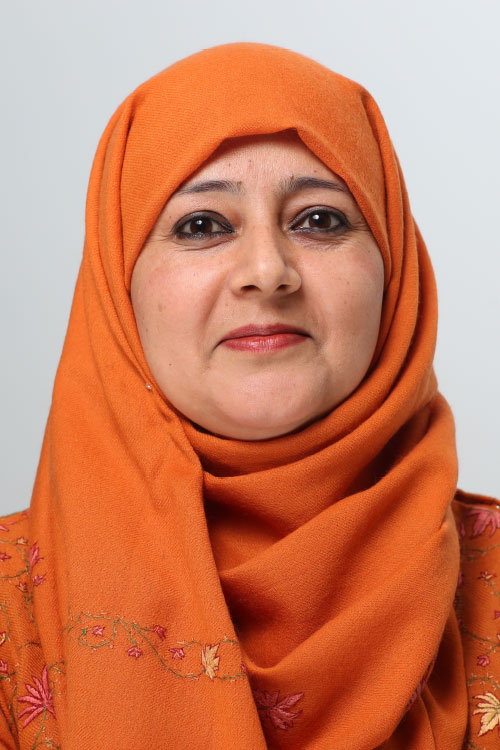 Rizwana Qadri
Research Assistant
E-mail: rqadri@rockefeller.edu
Rizwana earned her PhD from All India Institute of Medical Sciences, New Delhi. Her thesis focused on the functional status of mitochondria in Parkinson’s disease. She joined the Darnell lab in June, 2019. Her current research focuses on RNA regulation and Parkinson’s disease. When she is off the bench, she is surely in her kitchen exploring new recipes with her husband and trying to perfect the art of Kashmiri cuisine. 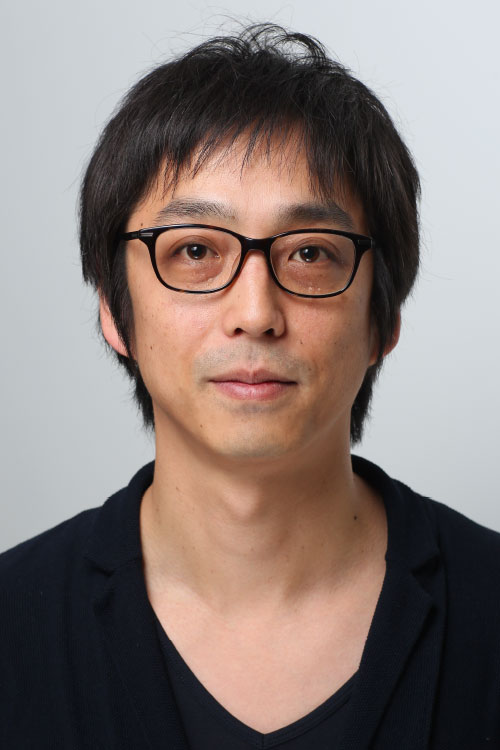 Yuhki Saito
Research Associate
E-mail: ysaito@rockefeller.edu
Yuhki received his Ph.D. from Hokkaido University in 2009. After a short experience as a research assistant professor in Hokkaido University, he joined the Darnell Lab as a JSPS postdoctoral fellow in 2012. His research focuses on understanding the functions of NOVA-mediated RNA regulatory networks in CNS and diseases and on tasting a wide variety of beers on his weekend. 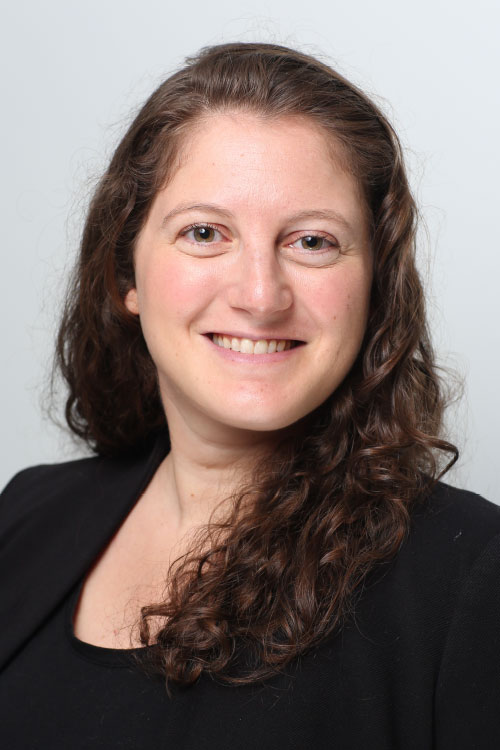 Ruth Singer
Postdoctoral Associate
E-mail: rsinger01@rockefeller.edu
Ruth received her Ph.D. from the Columbia University and joined the Darnell lab as a postdoctoral associate in 2019. Her research focuses on understanding the mechanisms of RBP-mediated RNA regulation in synaptic plasticity. While not at the bench she enjoys cycling around NYC and playing with her dog, Mia. 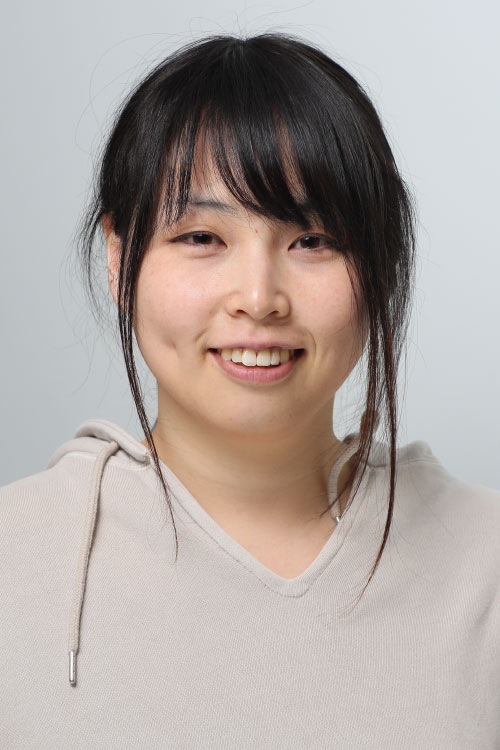 Yoko Tajima
Research Assistant
E-mail: ytajima@rockefeller.edu
Yoko received her Ph.D. from the University of Tokyo in Japan and joined the Darnell lab. Her research focuses on understanding the function of RBP and evaluating its evolutionary significance in brain. She is planning to go out to lots of different places in Manhattan this summer. 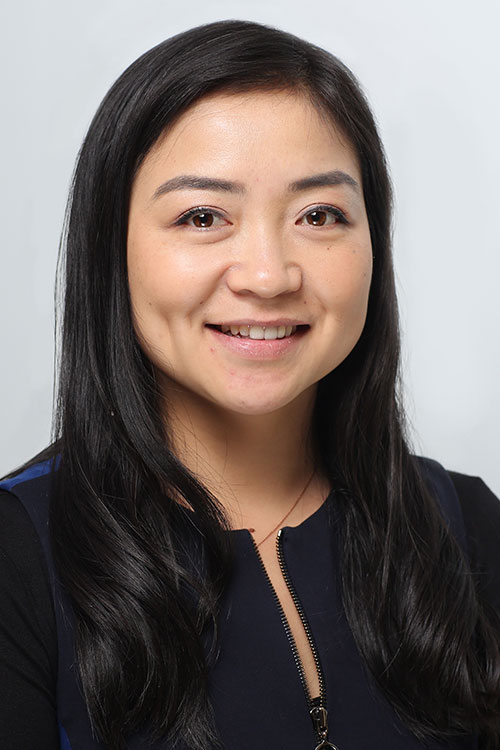 Yawei Yang
Visiting Fellow
E-mail: yyang04@rockefeller.edu
Jenny received her M.D./Ph.D. from Harvard Medical school where she worked on the epigenetic regulation of mammalian brain development with Dr. Christopher A. Walsh. She joined the Darnell lab as a Clinical Postdoctoral Fellow working on understanding the upstream and downstream regulations and perturbations of RNA binding proteins in development and disease. Jenny completed her clinical training at Columbia University Medical Center and is a board certified Molecular Genetic Pathologist. She is currently an Assistant Professor and Assistant Director at Cornell Medical Center, and her work focuses on translating the research conducted in the Darnell lab into applicable clinical patient testing.

News from the Darnell Lab

A genomics study has identified a previously unknown cell type whose blood levels tend to rise and fall in patients with rheumatoid arthritis. The findings could make it easier to manage the disease and help scientists understand its root causes.

Over 130 scientists in 18 labs are conducting research to advance the development of new, urgently needed approaches for the prevention and treatment of COVID-19.

The legendary double helix ought to share some credit with its sidekick, a frail but clever little thing called RNA.