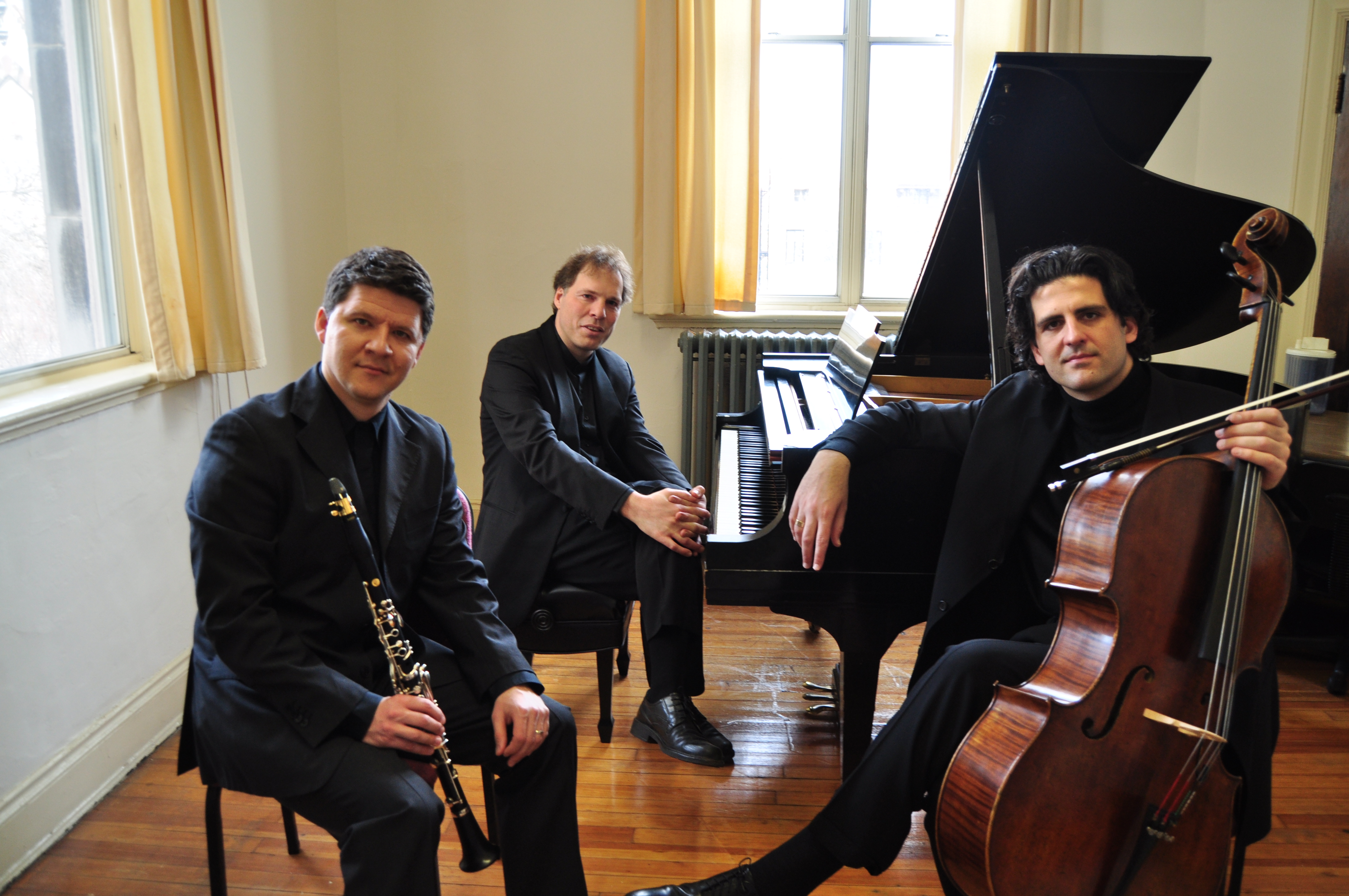 The Goldstein-Peled-Fiterstein Trio, performing together since 2005, includes longtime friends Alon Goldstein (piano), Amit Peled (cello), and Alex Fiterstein (clarinet). Bound by their Israeli roots and summers shared in Vermont at the Marlboro Music Festival, the ensemble’s performances reflect both the special gifts and originality of the three artists as soloists as well as their marvelous sense of ensemble and love of chamber music. The New York Times praised the ensemble for displaying “the kind of spotless technique that keeps the attention focused on the score rather than the vagaries of the performance.” Performances in recent and upcoming seasons include appearances at the Interlochen Center for the Arts in Michigan, Peoples’ Symphony Concerts in New York, The University of Chicago, Philadelphia Chamber Music Society, New Orleans Friends of Chamber Music, Concerts International, and at the Rose Theatre in Lincoln Center, among many others.