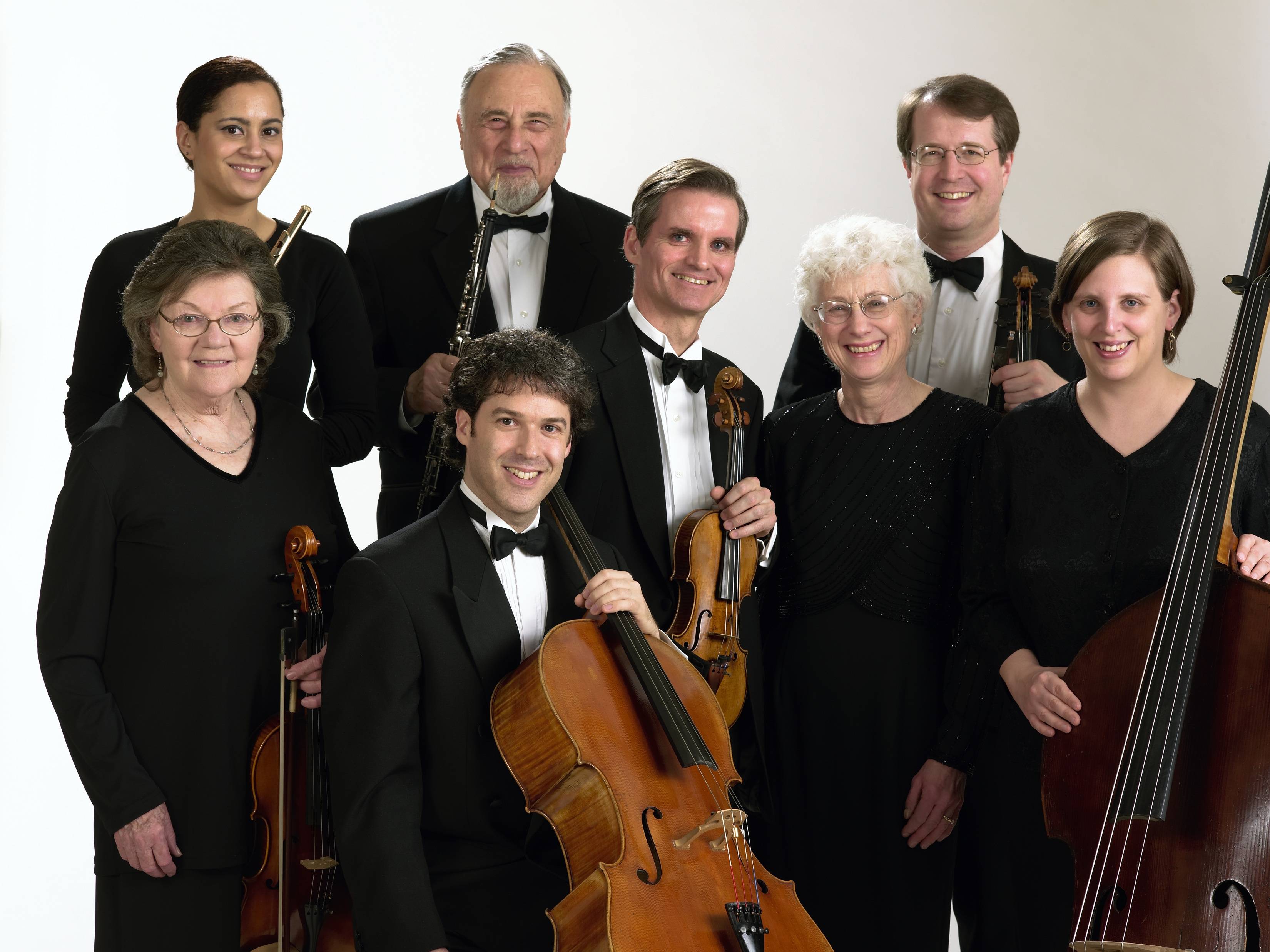 The New York Chamber Soloists, acclaimed as an outstanding ensemble of distinguished virtuosi, performing widely diverse repertoire in creatively programmed concerts, have maintained a unique niche in the chamber music world for over five decades. This twelve-member ensemble of strings, winds, and keyboard can increase to as many as twenty with the addition of guest artists, giving it the flexibility to offer many works that are seldom heard due to the unusual instrumental combinations for which they were written. The ensemble has compiled an impressive record of repeat engagements in North America and abroad, including eleven European tours, six Latin American tours, and numerous tours of the Far East and South Pacific. In the United States, the Chamber Soloists have appeared frequently in New York City at the Metropolitan Museum of Art and Lincoln Center, in Washington at the Library of Congress, the National Academy of Sciences, the Kennedy Center, and the National Gallery of Art, at major universities across the country from Boston to Berkeley, and at the Mostly Mozart, Sun Valley, and Caramoor Festivals.