For his foundational research on the unexpected regulation of gene activation by modifications to proteins that package DNA, work with implications for many diseases including cancer, Rockefeller’s C. David Allis has been honored with the 2015 Breakthrough Prize in Life Sciences.

Allis, Joy and Jack Fishman Professor and head of the Laboratory of Chromatin Biology and Epigenetics, was one of six life scientists to receive the prize at a gala awards ceremony yesterday (November 9) at NASA’s Ames Research Center in Mountain View, California. 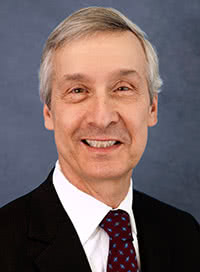 “Through his work on histone modifications, David has opened new doors of scientific understanding for colleagues around the world interested in penetrating the complexities of gene expression,” says Marc Tessier-Lavigne, Rockefeller president, Carson Family Professor, and head of the Laboratory of Brain Development and Repair. “The Breakthrough Prize is a wonderful confirmation of the impact of his truly pathbreaking research.”

The judges recognized Allis “for the discovery of covalent modifications of histone proteins and their critical roles in the regulation of gene expression and chromatin organization, advancing the understanding of diseases ranging from birth defects to cancer.” Histones are DNA-packaging proteins, one component of chromatin, the material of which chromosomes are composed.

Over the last decade, Allis and others have provided evidence that suggests that patterns or combinations of chemical modifications to histones represent a layer of gene regulation that takes place away from the DNA, an epigenetic layer of regulation. Epigenetic errors have been associated with cancer and other diseases, and scientists’ growing understanding of fundamental mechanisms involved holds great promise for entirely new treatment approaches. Histone modifications have also been found to play an important role in cell reprogramming and are expected to contribute to the field of regenerative medicine.

“Tracking down answers to these fundamental questions concerning gene regulation has been deeply satisfying. More recently, too, we’ve seen that some of our findings are leading to new treatment approaches for difficult diseases,” says Allis. “It is an amazing honor for this work to be recognized by such an extraordinary prize and it only increases my gratitude for the opportunity I’ve had to pursue a career in science.”

He is a member of the National Academy of Sciences and the American Academy of Arts and Sciences. He is the recipient of the 2011 Lewis S. Rosenstiel Award, the 2008 ASBMB-Merck Award, the 2007 Gairdner Award, the 2004 Wiley Prize, the 2003 Massry Prize and the 2002 Dickson Prize in Biomedical Sciences.

As a winner of the Breakthrough Prize, Allis joins Rockefeller colleagues Cori Bargmann and Titia de Lange, who were among the inaugural group of prize awardees in 2013.