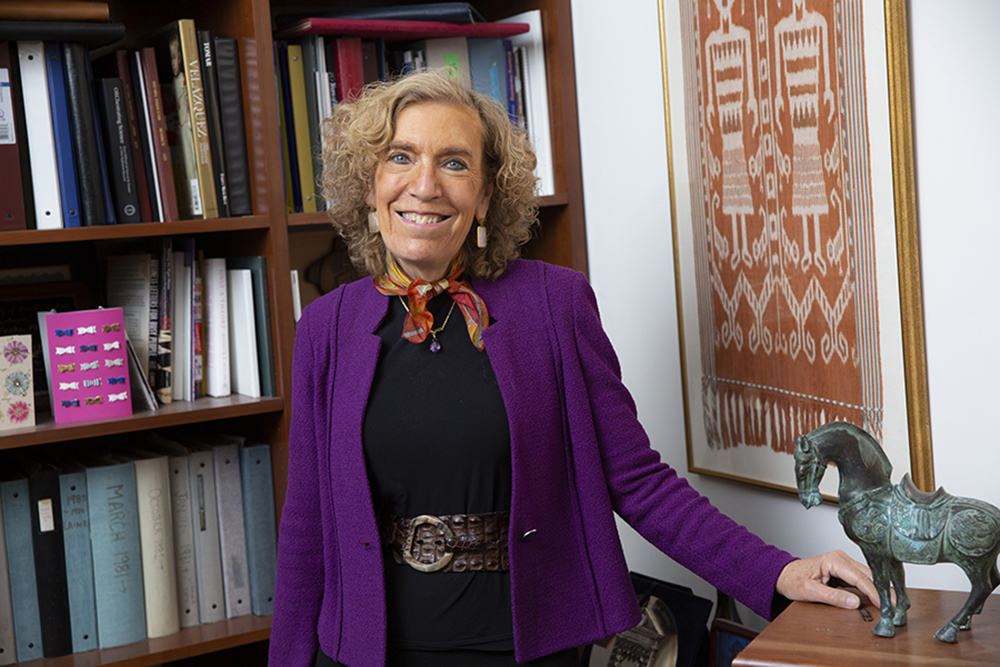 Fuchs, the Rebecca C. Lancefield Professor at The Rockefeller University, in her office.

Rockefeller University biologist Elaine Fuchs has been awarded a 2023 Benjamin Franklin Medal in Life Science, one of the oldest and most most venerable honors in the United States. First presented by The Franklin Institute in 1824, the Benjamin Franklin Medals annually recognize nine individuals for outstanding achievements in science, engineering, and business leadership. Fuchs will receive her award at a ceremony to be held at The Franklin Institute in Philadelphia on April 27.

Head of the Robin Chemers Neustein Laboratory of Mammalian Cell Biology and Development, Fuchs uses mammalian skin as a model to illuminate the nature and behavior of tissue stem cells. Her decades of groundbreaking research into the genetics of skin diseases and the mechanisms of the skin itself have yielded deep insights.

Fuchs was the first to define the structure, function, and variety of cell types co-existing within the skin’s stem cell niche, an area beneath the epithelium where adult stem cells are found. Her lab has found intriguing links between stem cells and chronic inflammatory disorders, showing that these cells may respond to injury by acquiring long-term epigenetic marks that provide a cellular memory of the inflammation experience. These findings have profound implications for understanding inflammatory diseases, wound repair, and cancers.

Among her many other honors are the L’Oreal-UNESCO Award, the National Medal of Science, the Albany Medical Center Prize, the EB Wilson Award, the Vanderbilt Prize, the Canada Gairdner International Award, and the Bert and Natalie Vallee Award in Biomedical Science.