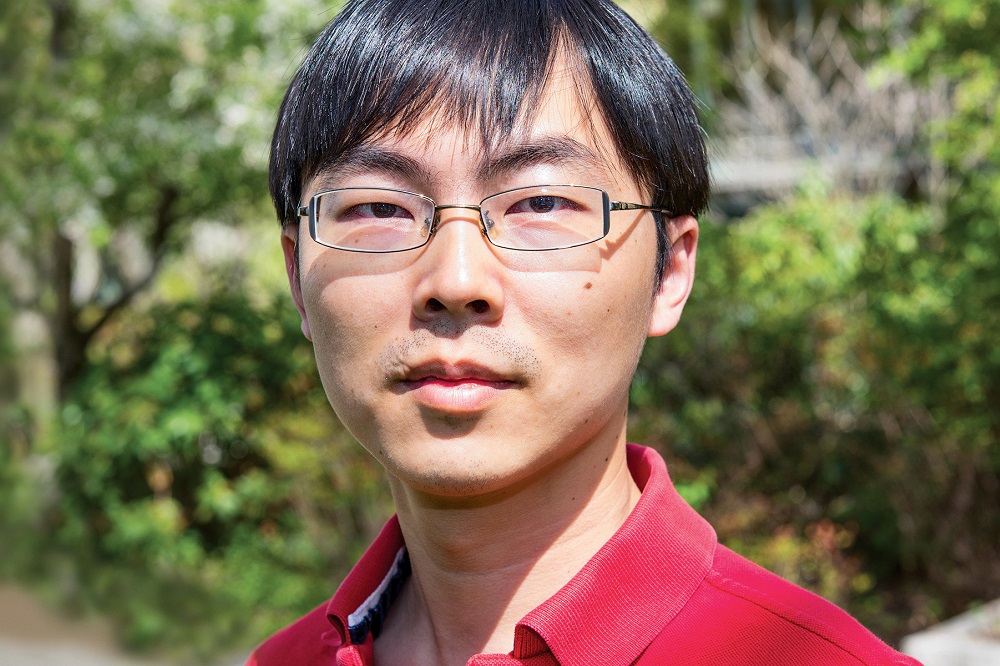 Shixin Liu, who studies the biomolecular machines that carry out different tasks associated with reading and acting on the information stored in genes, has been awarded the 2023 Vilcek Prize for Creative Promise in Biomedical Science.

The prestigious prize recognizes scientists who have immigrated to the United States and made exceptional contributions early in their careers. Liu was born in Anhui Province in China and moved to the U.S. at age 19 to pursue his graduate studies at Harvard. After postdoctoral training at UC Berkeley, he joined Rockefeller in 2016 and is now associate professor and head of the Laboratory of Nanoscale Biophysics and Biochemistry.

Liu’s innovative techniques have proven uniquely capable of monitoring transient molecular events to illuminate the details of the multicomponent, multistep processes involved in the chromosomal changes that provide access to genes for replication and transcription.

Combined with other tools, he uses single-molecule fluorescence microscopy to study the assembly, movement, and disassembly of biological complexes involved in genome transactions. In one series of experiments, Liu and his collaborators showed how CMG helicase, a central enzyme in the eukaryotic DNA replication machinery that unwinds DNA, is able to transition between double-stranded and single-stranded DNA. His team has also used single-molecule approaches to study how DNA-binding proteins and epigenetic factors physically interface with nucleosomes—the main form of packaged DNA in the nucleus—that serve as primary managers of gene expression.

He has also used so-called optical tweezers to simulate the physical stresses experienced by biomolecules to see how those stresses affect their structure and function. His studies have shown that, despite being subjected to such forces constantly in their native settings, biomolecules perform their physiological tasks with remarkable reliability and precision.

In addition to the Vilcek Prize, Liu has received an NIH Director’s New Innovator Award and a Pershing Square Sohn Prize. He is the co-organizer of Rockefeller’s Biochemical and Biophysical Methods course and serves on the Graduate Student Admissions Committee. He was awarded Rockefeller’s Distinguished Teaching Award in 2021.