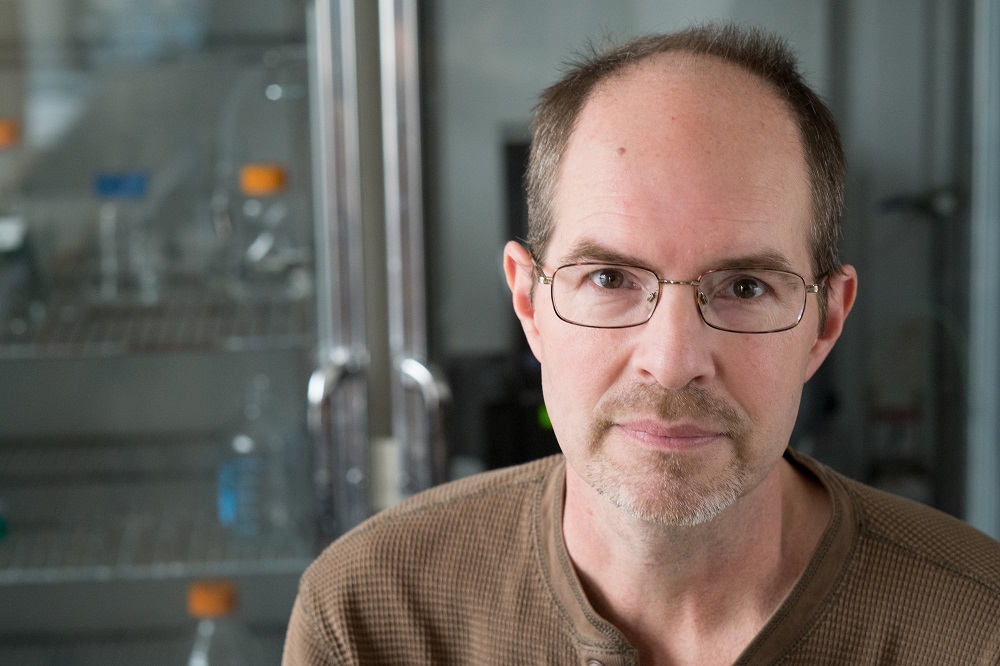 Seth A. Darst, who studies the structure, function, and regulation of the bacterial transcription cycle, is this year’s recipient of the Gregori Aminoff Prize. Darst is the Jack Fishman Professor and head of the Laboratory of Molecular Biophysics.

Darst, working with Postdoctoral Fellow Gongyi Zhang (now a Professor at National Jewish Health), originally used X-ray crystallography to establish the structure of bacterial RNA polymerase, an enzyme known as RNAP. Every cell on earth depends on RNAP for gene transcription, the reading of a DNA blueprint to create RNA, which in turn is used to build the proteins required for life. Darst went on to elucidate RNAP’s multiple functional units, and how they change shape during this transcription cycle. The lab uses bacteria as a model organism to understand transcription and gene expression with implications for other organisms.

Bacterial RNAP is also the target of several antibiotics, including Rifampicin, which is commonly used to treat tuberculosis, a disease which claimed approximately 1.4 million lives in 2019 alone. Darst and Research Associate Professor Elizabeth Campbell, helped explain how Rifampicin latches on to RNAP, deactivating it and causing M. tuberculosis to perish. The lab has gone on to examine RNAP in drug resistant tuberculosis in which tiny changes to the enzyme stop Rifampicin from attaching, leading to antibiotic resistance. They’ve also identified key helper proteins that the bacteria require to function and are using these insights to explore other drugs to treat the disease at a structural and molecular level.

In response to the COVID-19 pandemic, Darst and Campbell are applying their research to viral RNA and recently provided an atomic-level resolution view of the SARS-CoV-2 replication system. Their study is providing a map for drug developers as they look for treatments to inhibit viral replication.

The Gregori Aminoff Prize is awarded annually by The Royal Swedish Academy of Sciences and recognizes individual contributions to the field of crystallography, the study of atomic structures in solid materials. This is the first time a Rockefeller scientist has received this honor.