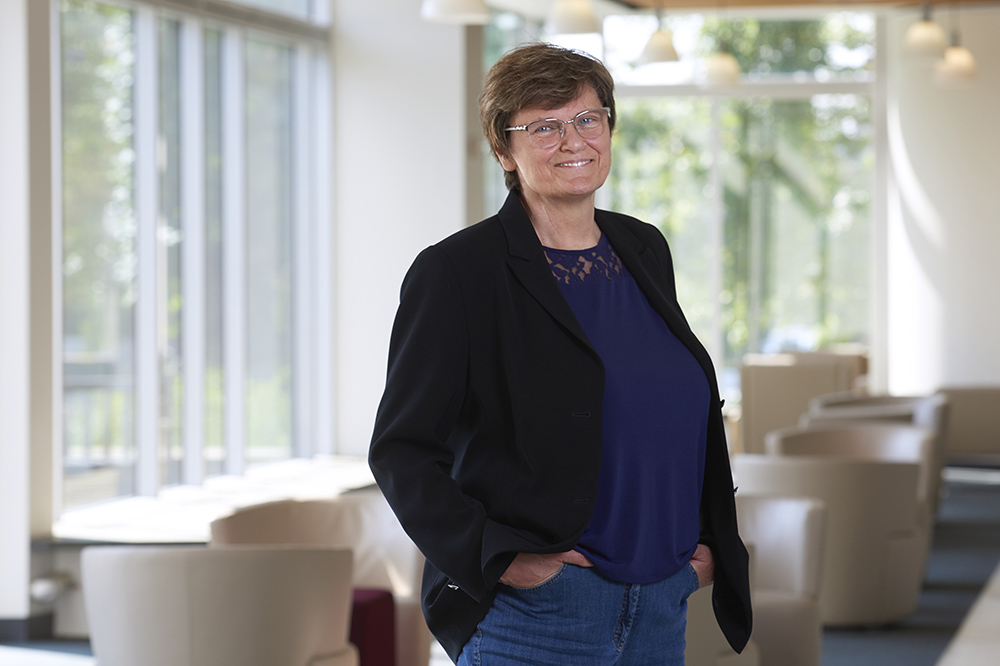 Katalin Karikó, whose discovery of how to keep synthetic RNA from activating the innate immune system paved the way for RNA vaccines, including two for SARS-CoV-2, will receive the 2022 Pearl Meister Greengard Prize, The Rockefeller University announced today. The Pearl Meister Greengard Prize is the preeminent international award recognizing outstanding women scientists. Karikó is senior vice president of the biotech company BioNTech and adjunct associate professor of neurosurgery at the University of Pennsylvania. She will be presented the prize at a ceremony next year at The Rockefeller University.

For more than 30 years, Karikó has focused on messenger RNA—the single-stranded molecule that carries instructions from DNA to the cell’s ribosomes, the protein-making factories. Convinced that she could harness this elemental cellular process to deliver better vaccines and medicines, Karikó worked to design an mRNA that would not induce a life-threatening autoimmune reaction. With her longtime collaborator Drew Weissman, Karikó discovered that endogenous RNAs have specific chemical modifications that prevent this immune activation. Their research was the basis for both the Moderna and Pfizer-BioNTech COVID-19 vaccines and holds promise for treating other intractable diseases.

Karikó is recipient of many honors, most recently the 2021 Lasker Award. Earlier this month, it was announced that Karikó will receive the 2022 Breakthrough Prize in Life Sciences.

“We are indebted to Karikó for her tremendous insights into the potential use of mRNA to fight disease. Her scientific foresight and tenacity led to life-saving vaccines to combat the SARS-CoV-2 virus and have provided new strategies to fight novel infections in the future,” says Michael W. Young, Richard and Jeanne Fisher Professor and Vice President for Academic Affairs at Rockefeller, Nobel Laureate, and chair of the Pearl Meister Greengard Prize selection committee.

The Pearl Meister Greengard Prize was founded by the late Paul Greengard, who served as Vincent Astor Professor of Molecular and Cellular Neuroscience at Rockefeller, and his wife, Ursula von Rydingsvard, an internationally renowned sculptor with works in the permanent collections of the Metropolitan Museum of Art, the Museum of Modern Art, and other venues. A lifelong advocate for gender equality, Greengard donated his monetary share of the 2000 Nobel Prize in Physiology or Medicine to Rockefeller and, in partnership with generous supporters, established an annual award to recognize outstanding women scientists. The prize, which includes a $100,000 honorarium, is named for Greengard’s mother, who died during his birth.