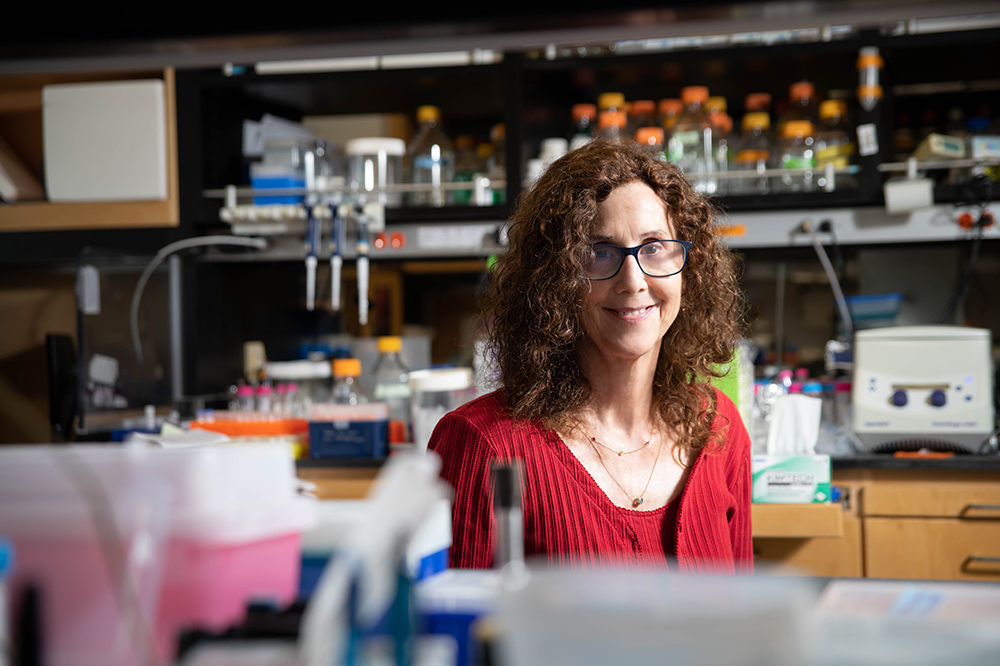 Renowned biochemist Pamela J. Björkman will receive the 2021 Pearl Meister Greengard Prize, the preeminent international award recognizing outstanding women scientists. She will be honored for discovering key aspects of the immune system that are helping to direct better treatment for infection from viruses and other diseases. Björkman is the David Baltimore Professor of Biology and Biological Engineering at the California Institute of Technology. Mary Schmidt Campbell, president of Spelman College and leading champion of the arts and sciences, will present the prize in a virtual ceremony hosted by Rockefeller President Richard P. Lifton on September 30.

When Björkman was a graduate student and postdoctoral investigator at Harvard University in the 1980s, she mastered the arduous techniques of X-ray crystallography to reveal the molecular architecture of a major histocompatibility complex protein, a key component of the immune system. This essential breakthrough provided structural information that has helped to explain how the immune system distinguishes self from non-self—information that is key to understanding autoimmunity, transplant rejection, and pathogen recognition

Today, at Caltech, Björkman is noted for her use of crystallography, cryo-electron microscopy, and biochemistry to study the atomic structures of proteins that mediate the immune system’s interactions with viruses such as HIV and, recently, SARS-CoV-2, the virus that causes COVID-19. Her discoveries are expanding the horizons of fundamental biology while fueling the development of new therapies and preventive measures for a range of challenging health conditions. For this critical achievement Björkman and Don Wiley of Harvard received the prestigious Gairdner Award in 1994.

In addition to the Gairdner Award, Björkman is the recipient of the William B. Coley Award, the Paul Ehrlich and Ludwig Darmstaedter Award, the Max Planck Research Award, the Rose Payne Distinguished Scientist Award, the L’Oréal-UNESCO Women in Science Award, and an NIH Director’s Pioneer Award. She is a member of the National Academy of Sciences and the American Philosophical Society, and a fellow of the American Academy of Arts and Science.

“The Pearl Meister Greengard Prize shines a spotlight on extraordinary women who have made fundamental contributions to science.” says Michael W. Young, Richard and Jeanne Fisher Professor and Vice President of Academic Affairs at Rockefeller, Nobel Laureate, and chair of the Pearl Meister Greengard Prize selection committee. “Dr. Björkman’s research has expanded our understanding of immune responses to viruses in new, fundamental ways. Her discoveries have laid the groundwork for developing effective and lifesaving vaccines, like those that were produced in response to the COVID-19 pandemic.”

Register here to attend the Pearl Meister Greengard Prize virtual ceremony and learn more about the award. Registration is free.