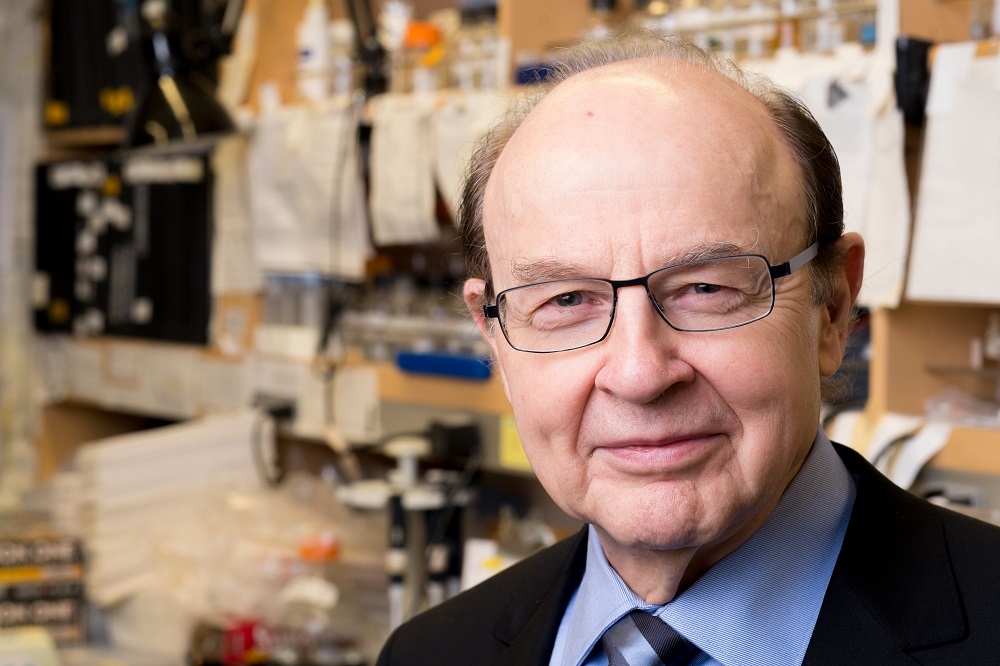 A pioneer in the field of gene regulation and expression, Robert G. Roeder has been named a 2021 recipient of the Kyoto Prize in basic sciences. Considered Japan’s most prestigious award in the fields of science and technology, as well as arts and philosophy, Roeder receives the honor for his discoveries of principles of gene transcription mechanisms in eukaryotes.

Head of Rockefeller’s Laboratory of Biochemistry and Molecular Biology, Roeder’s initial scientific discoveries took place during his time in graduate school when he discovered that three enzymes, called RNA polymerases, play a role in gene transcription in animal cells. In the late 1970s, using purified polymerases and synthetic copies of genes, he was successful in developing the first cell-free systems to study transcription, a scientific breakthrough that allowed scientists to recreate transcription and study the complex processes by which cells turn genes on and off. Over the course of his research, Roeder and his colleagues have extended these studies to living cells, and have described a critical new regulator that helps restart a stalled RNA polymerase—work which could help elucidate how cancer therapeutics act in the cell and contribute to future drug development.

The Kyoto Prize is an international award presented to individuals who have contributed significantly to the scientific, cultural, and spiritual betterment of humankind. Two other laureates announced this year are Andrew Chi-Chih Yao in the area of advanced technology and Bruno Latour in arts and philosophy. Each laureate will receive a diploma, the Kyoto Prize medal, and a monetary prize worth approximately $900,000. The prize presentation ceremony hosted by the Inamori Foundation will not be held this year due to ongoing global concerns about the COVID-19 pandemic. However, special lectures by the laureates will be delivered online, with details to be announced on the Kyoto Prize website.

Roeder received his Ph.D. in biochemistry in 1969 from the University of Washington, where he worked with William Rutter. He did postdoctoral work with Donald D. Brown at the Carnegie Institution of Washington from 1969 to 1971. He was a member of the faculty at the Washington University School of Medicine in St. Louis from 1971 until 1982, when he joined Rockefeller. In 1985, he was named the Arnold and Mabel Beckman Professor.

Among many awards and honors, Roeder has received an Albany Medical Center Prize, a Salk Institute Medal for Research Excellence, an Albert Lasker Basic Medical Research Award, a Canada Gairdner International Award, a Louisa Gross Horwitz Prize, a Passano Award, and a Lewis S. Rosenstiel Award. He is a member of the National Academy of Sciences.