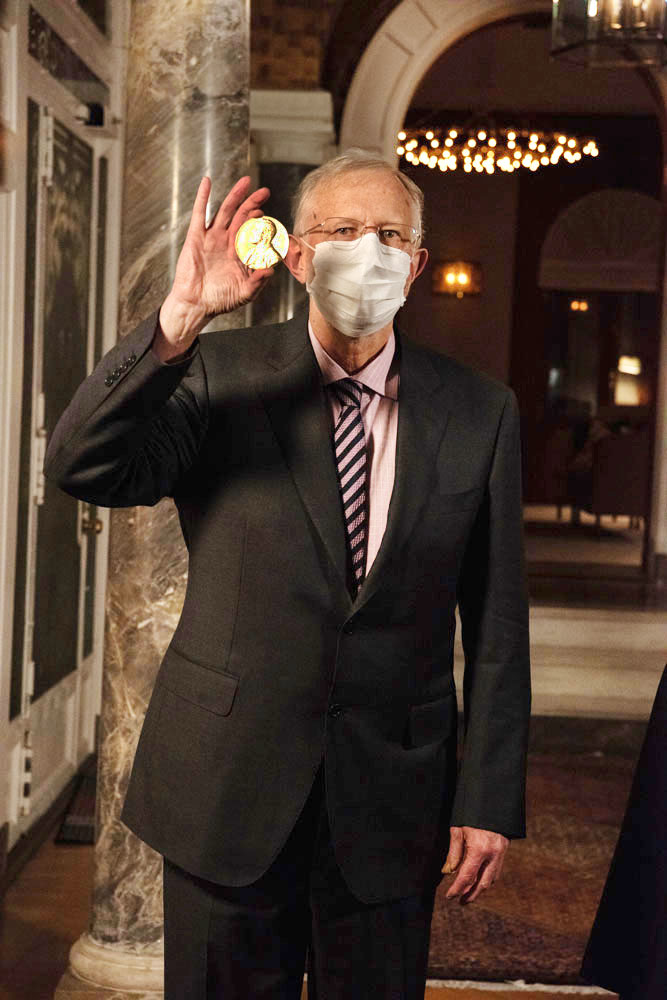 Charles M. Rice, who studies disease-causing viruses and how the immune system defends against them, was presented with the Nobel medal and diploma last week at the Swedish Consulate in New York City. Rice was announced as a recipient of the 2020 Nobel Prize in Physiology or Medicine, along with Harvey J. Alter of the National Institutes of Health and Michael Houghton of the University of Alberta, in October.

Because of the COVID-19 pandemic, the 2020 laureates received their Nobel diplomas and medals in their home countries in lieu of traveling to Stockholm, Sweden for the traditional ceremony. The ceremonial presentations, along with a digital greeting from the King of Sweden and musical interludes, were streamed by the Nobel Foundation on December 10. As part of Nobel Week, Rice’s prerecorded Nobel Lecture in Physiology or Medicine was broadcast on December 7.

Rice, who is the Maurice R. and Corinne P. Greenberg Professor in Virology and Head of the Laboratory of Virology and Infectious Disease, was honored for research that contributed to a cure for hepatitis C. His work helped identify and characterize the virus responsible for hepatitis C, an aggressive disease that can lead to liver scarring or cancer. After proving the virus’s role in hepatitis C, Rice’s continued research enabled the creation of three new classes of drugs to treat the infection. Studies have shown that a combination of these drugs can eradicate the virus, curing the disease.

Rice is the 26th scientist associated with Rockefeller to be honored with the Nobel Prize.

2020 Nobel Prize in Physiology or Medicine

The 2020 Nobel Prize Award Ceremony took place at 10:30 a.m EST on December 10. Archived video of the ceremony is available below.