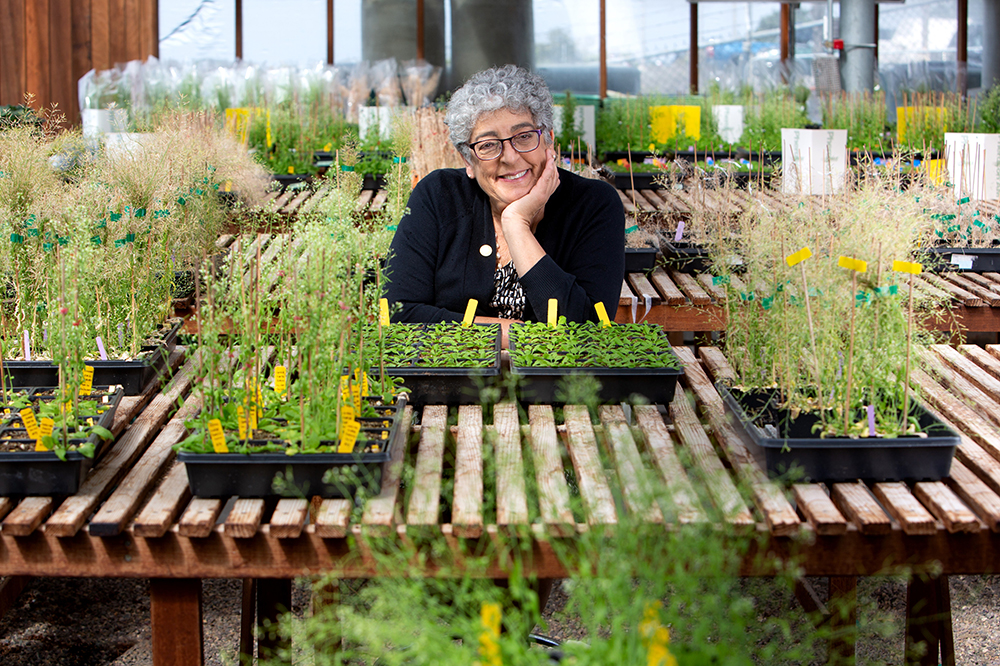 Joanne Chory, who pioneered the application of molecular genetics to plant biology and transformed our understanding of photosynthesis, will receive the 2020 Pearl Meister Greengard Prize, Rockefeller’s preeminent award recognizing outstanding women scientists. Chory is the Howard H. and Maryam R. Newman Chair in Plant Biology and director of the Plant Molecular and Cellular Biology Laboratory at The Salk Institute. She is also a Howard Hughes Medical Institute Investigator. Frances Beinecke, former president of the Natural Resources Defense Council, will present the prize in a virtual ceremony hosted by Rockefeller on October 22.

Chory’s three decades of work with Arabidopsis thaliana, a small mustard plant known as thale cress, renders her one of the most influential plant biologists of her generation. Early in her career, Chory discovered that the DET1 gene was responsible for determining how plants respond to light, a finding that eventually led to her uncovering the entire plant steroid hormone signaling system and the unique roles of brassinosteroid and auxin hormones. More recently, Chory has spearheaded an ambitious effort to combat climate change by optimizing plants’ natural ability to capture and store carbon. As director of the Harnessing Plants Initiative at Salk, she heads a research team working to alter key genetic pathways to produce crop variants with deeper roots that can pull more carbon out of the atmosphere and store it underground. In 2019, Salk received a $35 million award from the TED Audacious Project in support of the initiative.

Chory is also the recipient of the 2018 Breakthrough Prize and the 2018 Gruber Genetics Prize. She is a member of nine scientific academies, including the National Academy of Sciences, the American Philosophical Society, and the Royal Society.

Register here to attend the Pearl Meister Greengard Prize virtual ceremony and learn more about the award. Registration is free and open to the public.