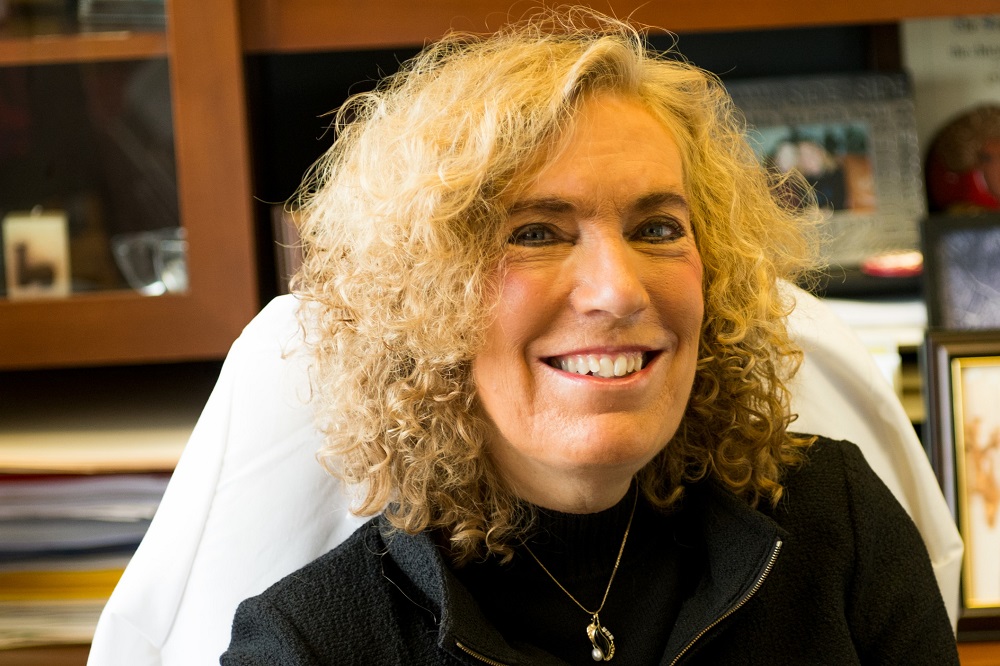 Elaine Fuchs, a world leader in the study of skin biology, has been named a 2020 recipient of the Canada Gairdner Award, one of the most prestigious international prizes in the biosciences. Fuchs, a renowned cell biologist, is being recognized for revealing the molecular mechanisms by which skin stem cells make and repair tissues.

Fuchs, who joined Rockefeller in 2002, is the Rebecca C. Lancefield Professor and head of the Robin Chemers Neustein Laboratory of Mammalian Cell Biology and Development.

Using a variety of DNA- and RNA-based tools, Fuchs revealed the molecular pathways that determine the normal balance between stem cell maintenance and differentiation in hair follicles. She also pioneered the use of a now ubiquitous technique, called reverse genetics, where the normal function of a protein is used to determine how its malfunction may cause disease. She has identified positive and negative signaling pathways that must be turned on and off in the right cell at the right time in order for adult skin stem cells to become hair follicles. Recently, her team has also shown how stem cells can influence tissue regeneration, and separately that cell competition is crucial to the cultivation of healthy skin. Although her focus is skin, her studies have shed light on the biology of all types of stem cells, and the processes by which they lose pluripotency—the ability to produce multiple cell types—as an organism develops and ages.

Fuchs’s work has revealed that some cancer cells seize the basic mechanisms that enable stem cells to replenish dying cells and to repair wounds, instead using them to fuel cancer growth. Her group is working to identify the distinguishing features of these so-called cancer stem cells in the hope of developing novel cancer therapies. This past year she uncovered tumor cells that are responsible for thwarting cancer immunotherapy, leading to patient relapse. Her work has profound implications for understanding and treating human disease, including through the development of regenerative medicine.

Fuchs received her Ph.D. in biochemistry in 1977 from Princeton University and was a postdoc at the Massachusetts Institute of Technology from 1977 to 1980. She was the Amgen Professor of Basic Sciences at the University of Chicago before coming to Rockefeller. Fuchs was named a Howard Hughes Medical Institute associate investigator in 1988 and full investigator in 1993.

The Gairdner Foundation was established in 1957 by a Toronto stockbroker, James Gairdner, to award annual prizes to scientists whose discoveries have had major impact on scientific progress and on human health. Since 1959 when the first awards were granted, 387 scientists have received a Canada Gairdner Award and 92 to date have gone on to receive the Nobel Prize.