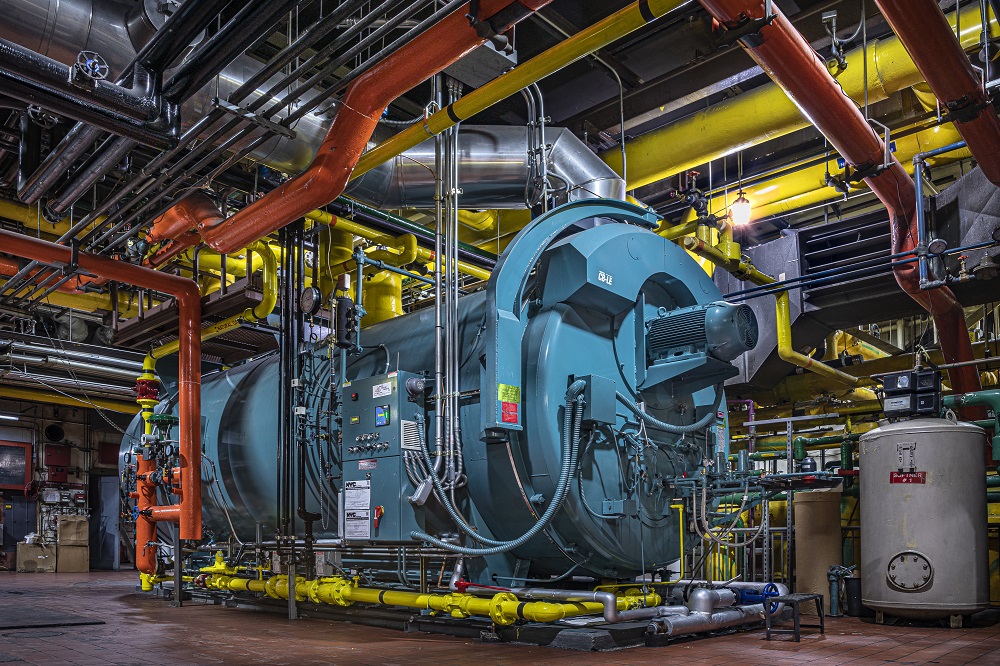 It was the spring of 2016, just a few months before the steel modules that would become Rockefeller’s new River Campus would float their way up the East River. With the complex choreography of that high-profile project in the final stages of planning, Plant Operations personnel took advantage of a rapidly closing window to sneak in one last upgrade to its plant before the opportunity passed.

Late on the evening of June 7, 2016, with the aid of a mobile crane and a 20-member crew, a fully assembled Cleaver Brooks Fire Tube boiler was delivered into the university’s Power House through an opening along the FDR Drive. It was the university’s sixth boiler.

This winter, after months of work to plumb, wire, and test the machine, it was lit for the first time and began providing heat to Rockefeller buildings.

“We wanted to get this boiler in before access would be blocked forever by the new river building,” says Alex Kogan, associate vice president of plant operations. “We can always take things in and out piecemeal, but for such critical equipment we’d strongly prefer to install it intact.”

While less glamorous than the glittering new River Campus, the boiler has more to offer than meets the eye. Located near its five siblings in a sub-basement of the hospital, it lessens the need to run the older and slightly less efficient units—helping to lower pollution and carbon emissions.

The university’s oldest boiler, which runs on oil, was built in 1955.

(On extremely cold days, utility operators sometimes require buildings with the capability to switch to oil to do so in order to reduce demand on the natural gas supply network, which has limited capacity.)

Rockefeller’s Power House produces roughly 350 million pounds of steam each year, which is used to heat—and cool, with steam-powered chillers—2.2 million square feet of space. It is also used to produce hot water and run autoclaves.