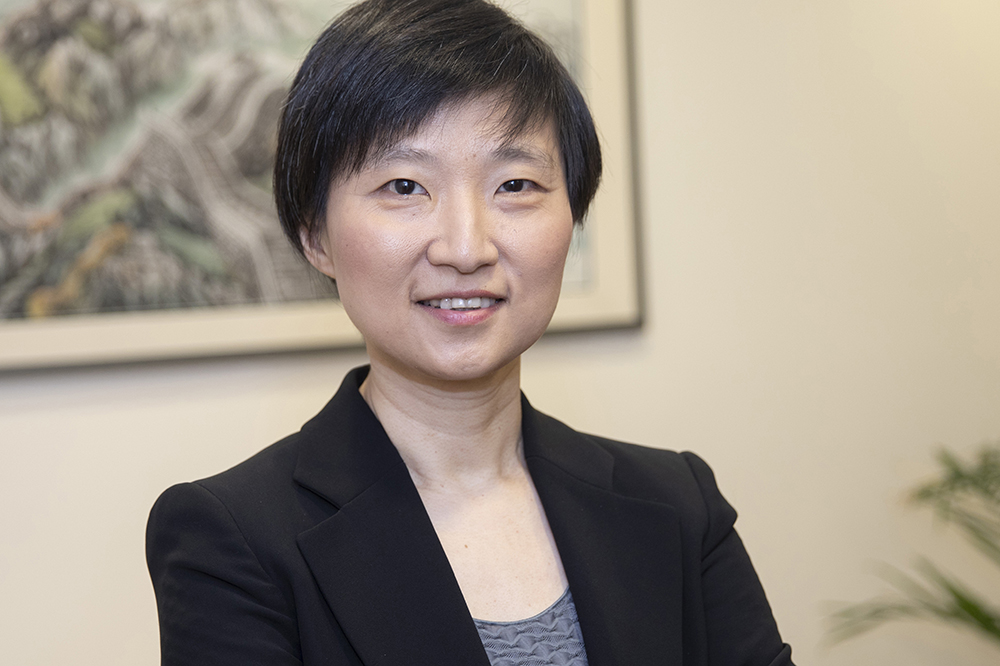 Xiaowei Zhuang, inventor of novel molecular-imaging techniques, will be awarded the 2019 Pearl Meister Greengard Prize, the preeminent international award for women in biomedical science. Zhuang is the David B. Arnold Professor of Science at Harvard University, and a Howard Hughes Medical Institute investigator. She will receive the prize on November 19 at a ceremony at Rockefeller hosted by the architect Billie Tsien.

Zhuang pioneered the development of super-resolution and genome-scale imaging techniques that transcend the limits of traditional light microscopy. These methods are transforming our understanding of biological systems and cellular organization, as evidenced by Zhuang’s own research. In applying the methods, she discovered previously unknown structures in cells, such as the periodic membrane skeleton in neurons; elucidated molecular processes, including the regulation of gene expression; and identified new types of neurons and their organization and functions in the brain.

The Pearl Meister Greengard Prize was founded by the late Paul Greengard, who was the Vincent Astor Professor of Molecular and Cellular Neuroscience at Rockefeller, and his wife, Ursula von Rydingsvard, an internationally-renowned sculptor. Greengard, who died earlier this year at age 93, was a lifelong advocate for gender equality in science. When he won the Nobel Prize in Physiology or Medicine in 2000, he donated his monetary share of the prize to Rockefeller and, in partnership with generous supporters, established an annual award to recognize outstanding women scientists. The prize, which includes a $100,000 honorarium, is named for Greengard’s mother who died during his birth.

“This remarkable award celebrates the achievements of extraordinary women scientists, and serves as a lasting tribute to Dr. Greengard’s commitment to advancing equality and recognition for women in science,” says Titia de Lange, Rockefeller’s Leon Hess Professor and a member of the selection committee. “As we honor Dr. Zhuang, we continue the tradition of highlighting research that is fundamentally changing the course of scientific discovery.”

Register here for the ceremony and learn more about the Pearl Meister Greengard Prize. The event is open to the public, but registration is required.