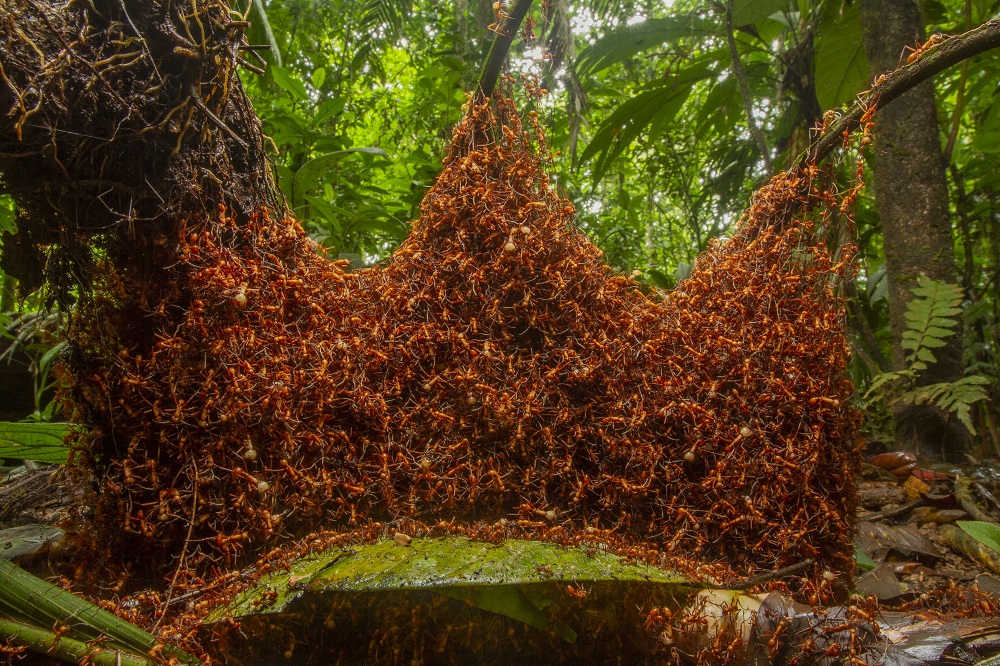 The award-winning photo shows a cathedral-shaped bivouac of army ants. The ants make the nest out of their own bodies by interlinking with one another. (Photograph by Daniel Kronauer)

Mere inches from a 100,000-member squad of aggressive army ants, Daniel Kronauer lay on the ground, held his breath, and attempted to focus. He was deep inside Costa Rica’s northeastern rainforest, his camera trained on the tiny, perpetually-moving subjects.

Trying not to breathe was critical: even a meagre current of carbon dioxide could send the stinging invertebrates into a frenzy; dismantling their cathedral-shaped nest and swarming both camera and photographer. Once the lens was focused, Kronauer stood. Holding a reflector and operating a ground flash, he pressed the remote shutter.

The resulting image of the nomadic ants’ temporary home, or bivouac, has won the category of Behavior: Invertebrates at the prestigious Wildlife Photographer of the Year competition. The award, issued today by London’s Natural History Museum, showcases the world’s best nature photography and wildlife photojournalism.

Kronauer, Rockefeller’s Stanley S. and Sydney R. Shuman Associate Professor, always carries his photography gear during field work. “The photos are for my research and documentation,” he says, “but it’s also a passion of mine.” In fact, Kronauer has always had a love for wildlife photography and credits it as his gateway into the field of biology.

“I look up to the professional photographers in the competition,” he adds, “many of whom are my longtime heroes. And while I may not always be as technically skilled as them, I know the biology of the ants really well.”

This expertise gives him a leg up as an insect photographer. By anticipating the ants’ behavior, he is able to find himself in the right place at the right time, paparazzi style.

When the award-winning photo was taken, Kronauer was using DNA barcoding to determine what species army ants prey upon as well as their interactions with the many arthropods that live inside their colonies. These insect interlopers, known as myrmecophiles, usurp the colony’s food sources and larvae. In studying them, he hopes to gain insights into how hosts and parasites evolve together.

After this evening’s Wildlife Photographer of the Year awards ceremony in London, Kronauer’s photo will be part of an exhibit touring various international venues. Kronauer himself will, after a few days in London, depart for Kenya for another research project studying driver ants, close relatives of the species in Costa Rica. His camera bag will surely be in tow. 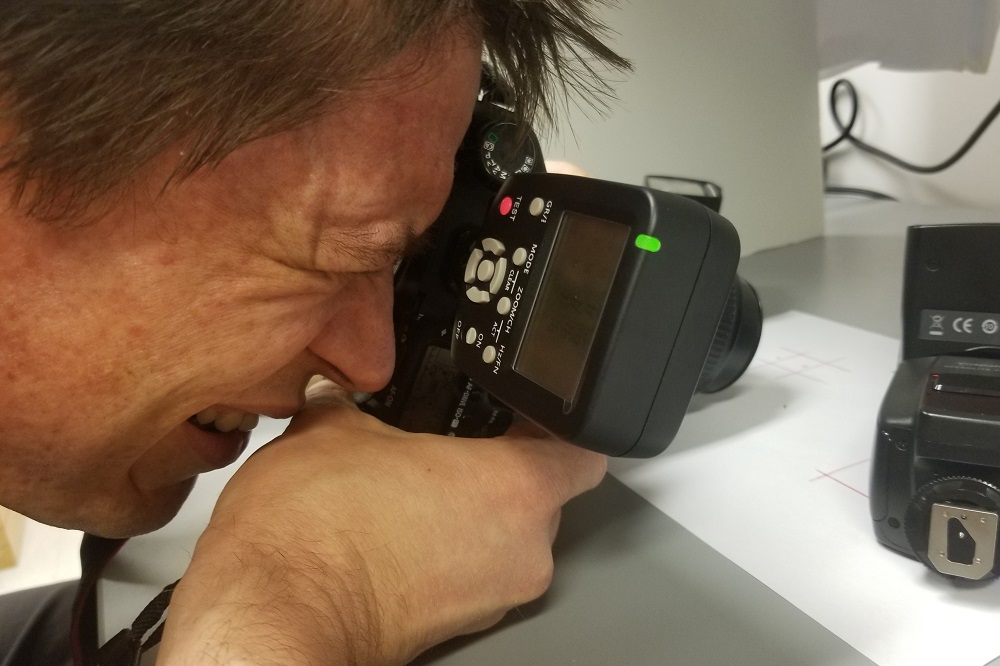 Kronauer meticulously stages ants in his lab for the university’s research magazine, Seek.