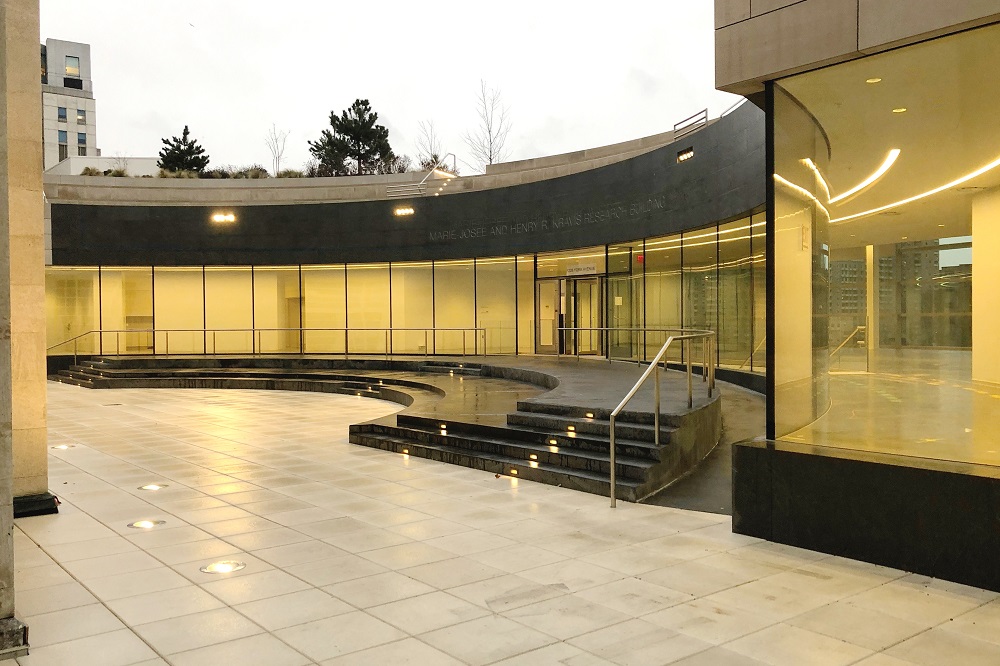 The Stavros Niarchos Foundation–David Rockefeller (SNF-DR) River Campus—a two-acre campus extension under construction for the past 40 months—officially belongs to the university. On March 13, the New York City Department of Buildings (DOB) issued a temporary certificate of occupancy, signifying that the construction has complied with all building code requirements, and legal responsibility for the site was transferred from the contractor, Turner Construction Company, to Rockefeller. It is a close-to-last milestone in the ambitious project, first conceived in 2012, to expand the university’s campus over the FDR Drive and create modern lab space to accommodate the needs of the university’s scientists.

Although Turner’s major work on the building is in the final stages, the campus will remain an active construction site as final finishing activities are completed.

Before any new building in New York City can be occupied, it must receive certification from the DOB that it is safe. City inspectors ensure that the structure matches the plans originally approved when the building permit was issued, and that things like fire alarms and sprinklers are tested and ready. Only then does the DOB issue a certificate of occupancy. On big projects, it sometimes issues a temporary certificate, known as a TCO, in advance of the final completion of construction, enabling occupants to begin moving in even while finishing touches are underway.

“Having the TCO means that our plant operations personnel and vendors can begin preparing the building for occupancy— final commissioning of the mechanical, plumbing, and electrical systems, setting up furniture, installing artwork,” says Timothy O’Connor, the university’s executive vice president. “It gives us time to prepare for move-ins.”

Ground was broken on the SNF-DR River Campus project on December 11, 2015. Over the summer of 2016, a barge-mounted crane installed the building’s 19 prefabricated steel-and-concreate “modules,” some weighing more than 1.5 million pounds, above the FDR in a series of dramatic overnight lifts. The unique construction method allowed Turner to build above a busy highway with minimal disruption to traffic. The project features a landscaped green roof and 160,000 square feet of space for laboratories, offices, and common areas.

As part of the project the university also made repairs to the East River seawall, which had suffered decades of deterioration and neglect, and rebuilt a five-block stretch of the East River Esplanade, adding new furniture and landscaping to the popular riverside walkway and bike path.

Eighteen Rockefeller labs will move into the new building beginning in April.  The campus will be formally opened at a dedication event to be held in May.

Launched in 2011, the university’s Campaign for Transforming Biomedicine has raised $1.059 billion as of September 30 this year.

A new phase of the project to extend the Rockefeller University’s campus toward the East River begins tomorrow at midnight, when the first of 19 prefabricated sections of the extension’s structural skeleton will be lifted into place over the FDR Drive by one of the largest barge-mounted cranes on the…...