Tri-institutional symposium inspires young scientists to get involved in policy 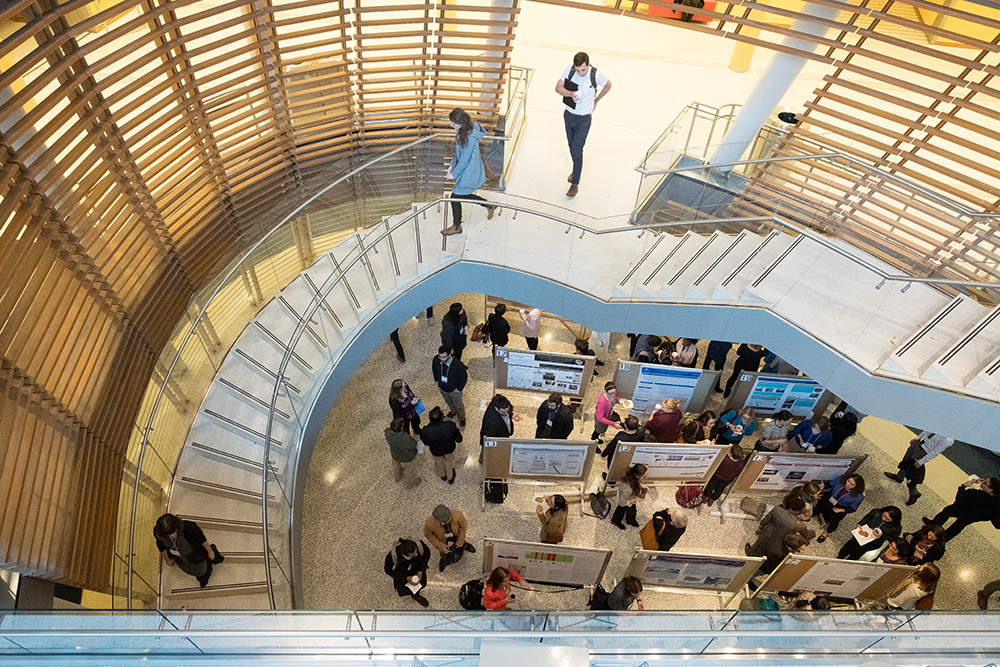 The federal budget, science advocacy, and careers in science policy were major points of discussion.

There are many ways to be a biomedical scientist, and not all involve operating a pipette. Increasingly, people with bioscience degrees are drawn to careers at the intersections between academia and other parts of society—including jobs in science policy, which involves influencing decision making about a range of topics, from funding for the National Institutes of Health to global climate change.

The Science and Education Policy Association (SEPA), a group with members from Rockefeller, Weill Cornell Medicine, and Memorial Sloan Kettering Cancer Center, is working to bridge the gap between science and policy. They recently organized a symposium at Rockefeller, run entirely by students and postdoctoral fellows, to educate scientists about policy issues and help them change careers.

“It’s extremely important for scientists to understand current policies and get involved,” says SEPA co-chair and Rockefeller graduate student Sarah Ackerman. “We are in a position to effectively advocate for science and enlighten people about how it benefits the public.”

Over 230 attendees from across the country came to campus to learn about a range of topics, such as the federal budget, international science diplomacy, science advocacy, science communication, and careers in science policy. They heard from a number of prominent speakers, including science funding expert Erin Heath of the American Association for the Advancement of Science, former advisor for the U.S. state department Frances Colon, senior program officer for the National Academy of Sciences Dalal Najib, and vice president of the Pew Charitable Trusts Kerri-Ann Jones.

The symposium also offered panels and workshops, including one on science advocacy run by the Union of Concerned Scientists, and another on science communication lead by the Alan Alda Center for Communicating Science. In addition, a group called 314 Action held a session about the scientists who ran for public office in the 2018 election, and the National Science Policy Network provided advice on debating basic science concepts in unfavorable environments.

“There’s not a clear career path for scientists who want to get into science policy, and most aren’t exposed to it at all through formal scientific training,” says Ackerman. “We hope that providing an avenue that helps bring scientists to the forefront of conversations about these issues will lead to more informed policies.”

The next symposium will be held in the fall of 2019.

The Science & Education Policy Association (SEPA) is a student-run organization founded at the Tri-Institute aiming to facilitate the interaction between scientists and the world of science policy.