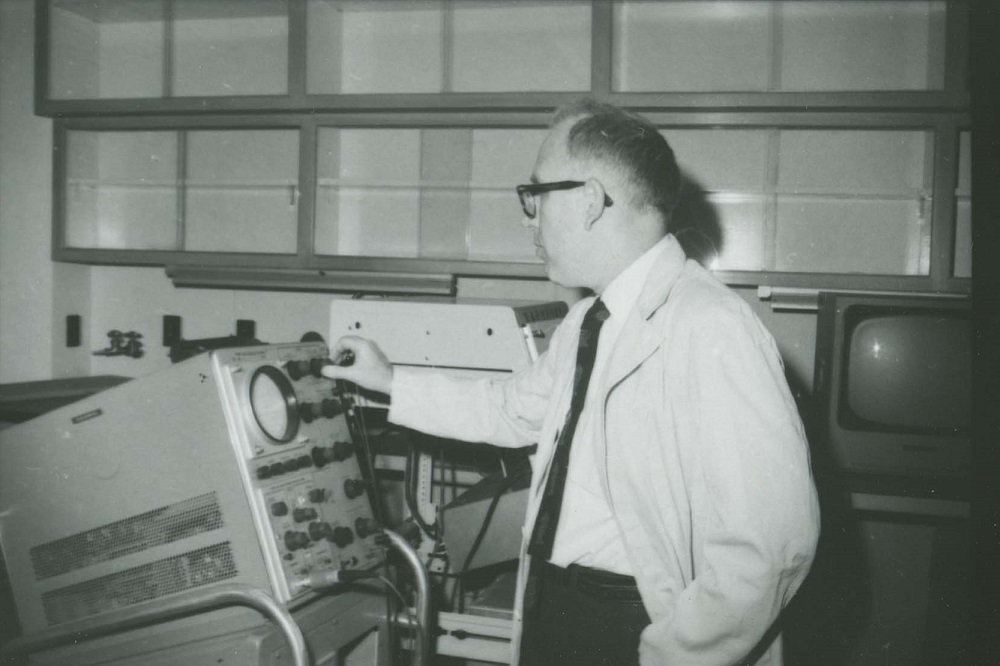 Larry Eisenberg, who led Rockefeller’s electronic engineering program and was on staff from 1958 to 2000, passed away last week at the age of 99 due to complications of acute myeloid leukemia.

Eisenberg is best known for improvements he made, with Alexander Mauro, to the cardiac pacemakers of the early 1960s. He helped develop a battery-operated, transistorized version that could be more easily adjusted and reduced the risk of infection compared to earlier devices.

A passionate and prolific writer, Eisenberg published many science fiction stories, including “What Happened to Auguste Clarot?” Later in life, he began posting piquant limericks in the online comments sections of The New York Times, contributing 13,000 poems over ten years and earning a reputation as something of poet-in-residence among New York Times staff.

Eisenberg grew up in New York during the Great Depression and graduated from City College in 1944. He joined the Army in 1945 as a radar operator and later earned his Ph.D. from the Polytechnic University of Brooklyn.

Eisenberg retired from Rockefeller in 1984, but continued to teach until 2000.

He is survived by a sister, Sondra Baskin; daughter, Beth Eisenberg; a son, Michael Eisenberg; and a grandson.