Attallah Kappas, who led studies of newborn jaundice, dies at 92 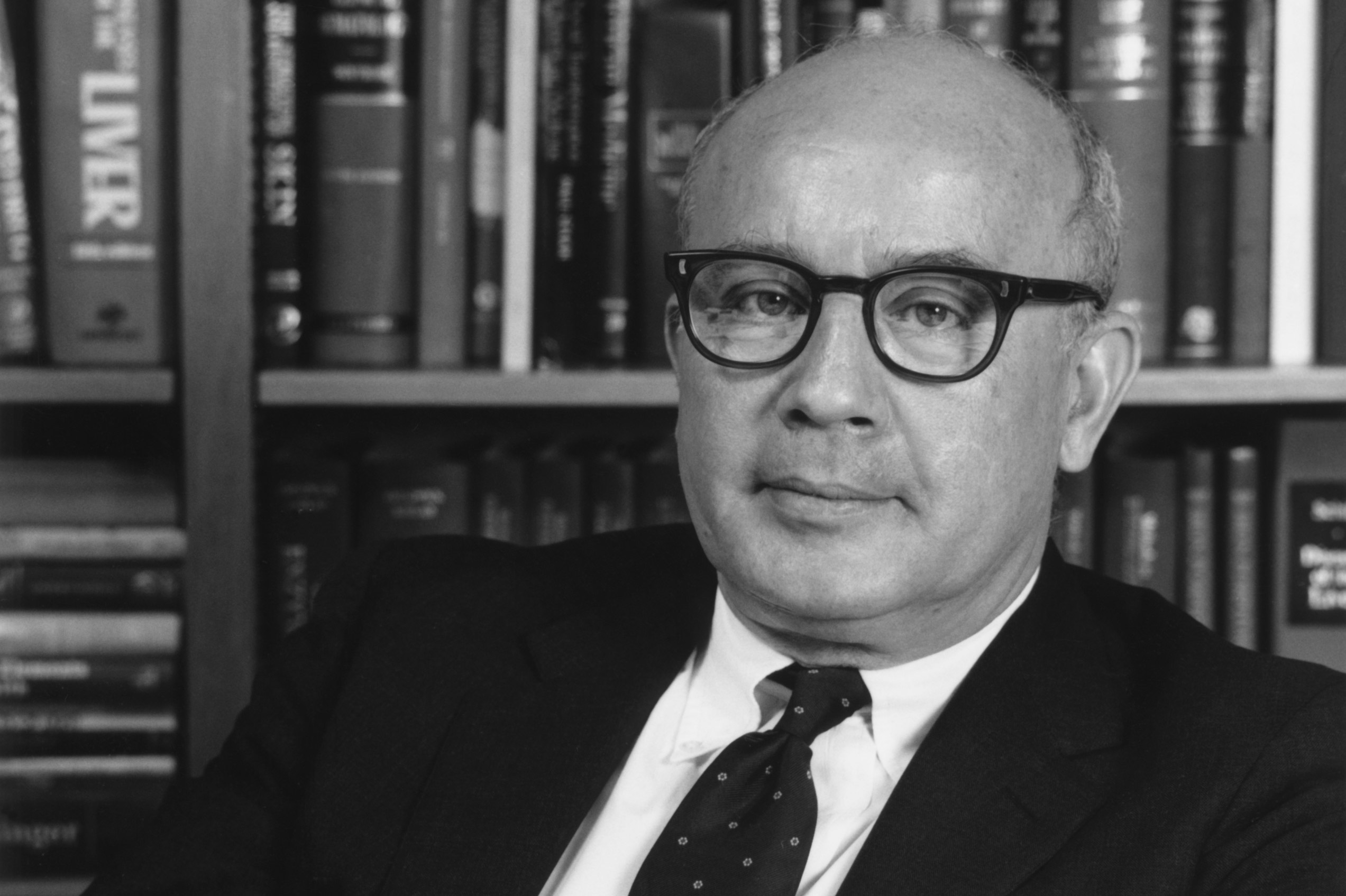 Among the diseases that Kappas studied was porphyrias, a group of often-hereditary disorders that result when substances called porphyrins build up in the body. One of the best-known porphyrins is heme, a component of the oxygen-carrying molecule hemoglobin. Porphyrias most commonly affect the nervous system and the skin, depending on their subtype, and can be chronic or acute.

One of Kappas’ most far-ranging and lasting contributions was in research uncovering the molecular mechanisms that instigate jaundice in newborn babies. Jaundice, which affects more than half of all babies to some degree, is caused by high levels of a bilirubin, a yellow pigment in the blood that is normally metabolized by the liver. If the condition goes untreated, it can cause irreversible damage to the central nervous system.

Bilirubin forms naturally when heme breaks down. Kappas conducted extensive research on heme degradation and heme oxygenase, the enzyme that controls this process. Currently, neonatal jaundice is treated by exposing babies to intense light, which breaks down bilirubin, but the treatment can be time-consuming and may not be available in developing areas that lack electricity. To that end, Kappas worked on the development of a compound called tin mesoporphyrin (SnMP), which inhibits heme oxygenase. SnMP is now being investigated in clinical trials in the United States and a number of other countries.

Kappas also studied how drugs are metabolized by the liver and conducted research on illnesses caused by exposure to toxic chemicals in the environment, including lead poisoning.

“Dr. Kappas epitomized the translational physician-scientist, making groundbreaking discoveries in the basic biochemistry of steroid hormones and the disease porphyria, and then utilizing that knowledge to perform pioneering studies of drug metabolism,” says Barry Coller, Rockefeller’s vice president for medical affairs. “He also pioneered in studies of food-drug and drug-drug interactions, and developed a novel therapy for the treatment of neonatal jaundice.”

Kappas, who was the Sherman Fairchild Professor Emeritus, was born in Union City, New Jersey, in 1926. Drafted into the U.S. Army during World War II, he went on to receive his A.B. from Columbia University in 1947 and his M.D. with honors from the University of Chicago School of Medicine in 1950. He was an American Cancer Society Research Fellow at the Sloan Kettering Institute and later completed a residency at Peter Bent Brigham Hospital, part of Harvard Medical School.

After the completion of his medical training in 1957, he served 10 years on the faculty at the University of Chicago, where he was head of the section of metabolism and arthritis and also a Commonwealth Fund Fellow and visiting scientist at the Courtauld Institute of Biochemistry at Middlesex Hospital Medical School in London. He was a guest investigator and John Simon Guggenheim Memorial Foundation Fellow at Rockefeller in 1966, then joined the Rockefeller faculty the following year.

Kappas was physician-in-chief of Rockefeller’s hospital from 1974 to 1991 and served as a Rockefeller vice president from 1983 to 1991. He also had affiliations with Memorial Sloan Kettering Cancer Center, Weill Cornell Medical College, Johns Hopkins University Hospital, the Peter Bent Brigham Hospital, and the Karolinska Institute.

Kappas received a number of prestigious awards over the years, including a Burroughs Wellcome Fund Special Award in Clinical Pharmacology (1973), a Distinguished Service Award in Medical Science from the University of Chicago (1975), the ASPET Award for Distinguished Research in Experimental Therapeutics from the American Society for Pharmacology and Experimental Therapeutics (1978), the American College of Physicians Award for Outstanding Contributions to Internal Medicine (1991), and the Professional Achievement Citation, also from the University of Chicago (1995). In 1989, he received the inaugural NIH Award for Excellence in Clinical Research.

Kappas served on the editorial boards of a number of medical and pharmacology journals and was a member and fellow in a number of professional societies.

Kappas is survived by his three sons, Nicholas Kappas, Peter Kappas, and Michael Kappas, and many grandchildren.