Caspary reverberates with the sound of the Music and Medicine Orchestra 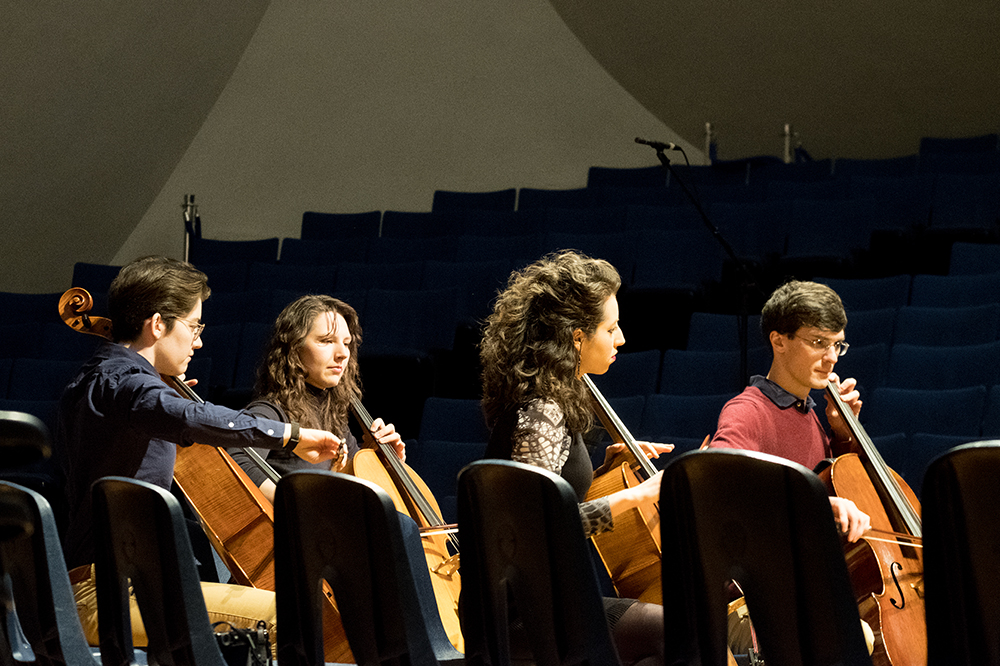 Before the start of their dress rehearsal, Rockefeller cello players polish sections of William Tell Overture

On a recent wintry evening, over 400 people took their seats in Caspary Auditorium. Scientists were center stage, but there wasn’t any lecturing. Instead, there was music.

The Music and Medicine Orchestra—composed of 70 scientists, physicians, and graduate students—performed Rossini’s William Tell Overture, Mozart’s Concerto for Flute and Harp, and Brahms’ Symphony No. 2 in D Major.

At the concert, which took place on December 6, Rockefeller graduate students had significant representation in the cello section. Stephanie Sarbanes was bowing the strings alongside fellow students Stephen Serene and Gabriella Spitz-Becker, and Spitz-Becker’s wife Rachel.

In the woodwind section was Erica Jacobs, a research associate in the Brian Chait lab. After completing her undergraduate studies, Jacobs had taken a break from oboe practice—until she learned about the orchestra. “I thought well, maybe I could dust off the old oboe and start playing again,” she says.

David A. Shapiro, clinical professor of psychiatry at Weill Cornell Medicine and chairman of Music and Medicine, started the program in 2009 with artistic director Richard Kogan, who is also a clinical professor of psychiatry at Weill Cornell Medicine. “At the beginning we had no idea what this program would become—that there would be a full orchestra,” he says. “But we really didn’t want for students to have to give up music in pursuit of medicine or science. We wanted people to engage in a meaningful musical life and to find the connections between their fields of interest.”

Gabriella Spitz-Becker, a fifth-year student in the Sandy Simon lab, adds that playing in an orchestra is a powerful communal experience. “Everyone is moving together. You have to breathe together to make music together,” she says. 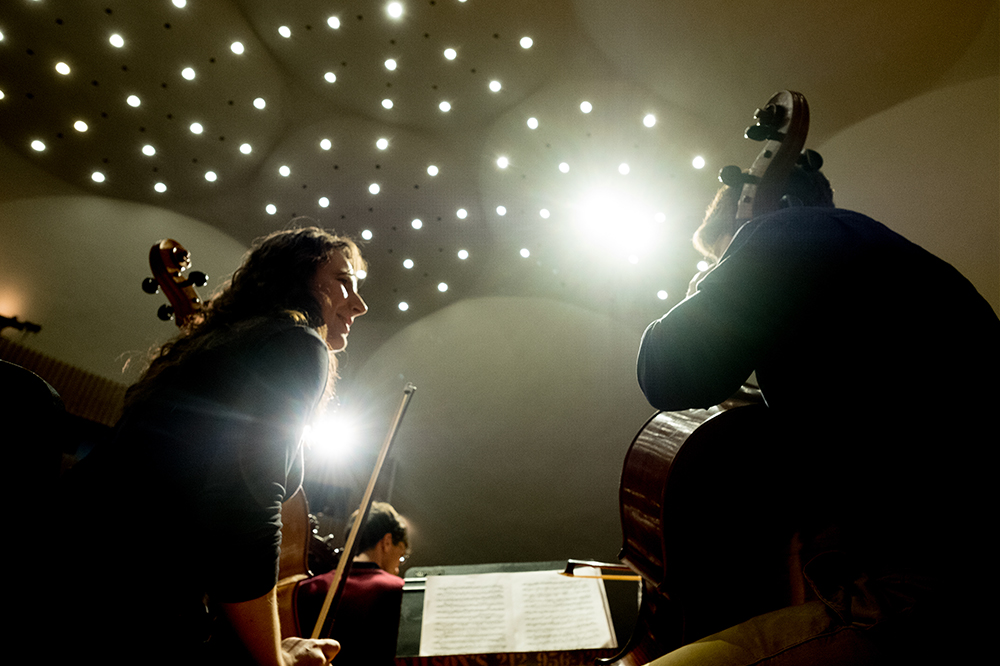 The orchestra, led by conductor Kyunghun Kim, plays twice a year, in the fall and spring at venues across New York City. Sarbanes, a sixth-year student in Charlie Rice’s lab, hasn’t missed a single concert since starting graduate school. “I’m always amazed by how good everyone is,” she says, “especially considering this is something we’re all doing on the side.”

For some orchestra members, music is more than a distraction from science; the two endeavors support one another. “You have to practice, you don’t just play something perfectly the first time . . . And experiments don’t always work the first time or the second time or the hundredth time,” says Jacobs. “In both cases, you have to have a certain level of equanimity in the face of failure or imperfection.”

Serene, a sixth-year student conducting neuroscience research in the lab of Winrich Freiwald, played the melodic cello solo at the start of the William Tell Overture. He says his musical proclivities come in handy during some of his experiments. As equipment records the electrical fluctuations of neuronal action potentials, he uses his trained ear to listen for the distinct electrical pings that indicate brain activity and for the separate humming of electrical interference being picked up from elsewhere in the building. “For some people it takes some learning to get used to listening carefully, but coming from music that’s an easier transition,” he says.

Based out of Weill Cornell, the Music and Medicine Initiative, run by program manager Nancy Amigron, affords opportunities to participate in musical groups ranging from the full orchestra to an assortment of chamber music ensembles, a jazz ensemble, and an a capella group. Groups also perform for patients and their families at Weill Cornell Medical Center, and the program is supported entirely by donors and patrons. Amigron says, “It’s wonderful to see the benefits music brings to patients, students, and our community.”