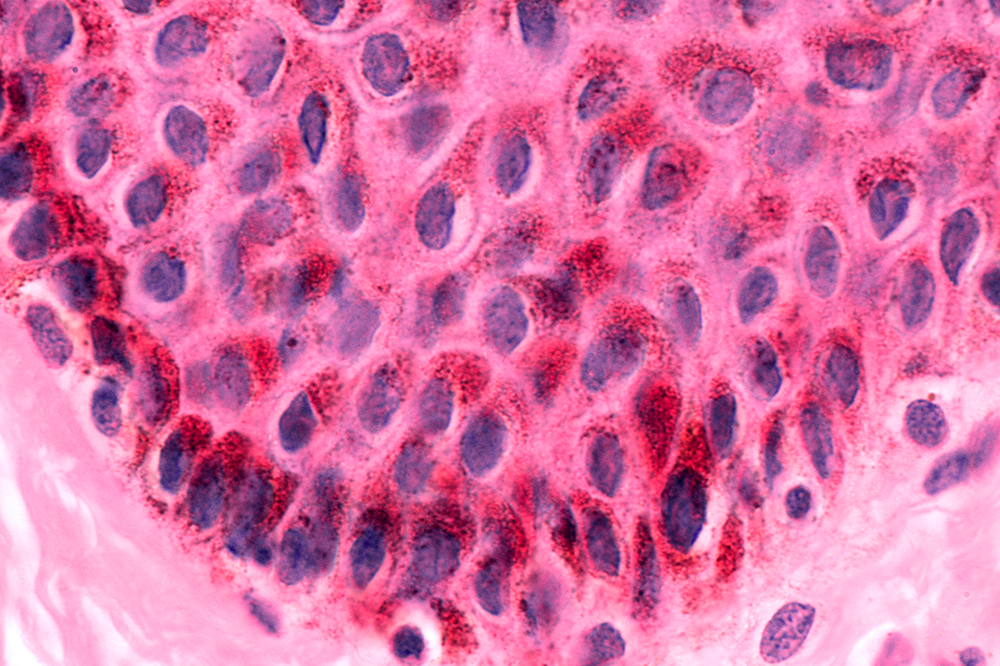 You’re probably infected with one or more subtypes of the human papilloma virus—and, as alarming as that may sound, odds are you will never show any symptoms. The beta subtype of the virus, ß-HPV, is widespread in the general population and the least pathogenic; in fact, most carriers don’t even know that they have it.

Yet, in people with the rare disease epidermodysplasia verruciformis (EV), some of these viruses cause skin lesions known as flat warts; later in life they can also cause to skin cancer.

Led by Rockefeller scientist Jean-Laurent Casanova, head of the St. Giles Laboratory of Human Genetics of Infectious Diseases, a group of researchers recently elucidated the molecular mechanisms that make people with EV vulnerable to ß-HPVs. In a new study, published in the Journal of Experimental Medicine, the scientists trace the disease to changes in a group of proteins that normally protect skin cells from the viruses.

Cracks in the armor

In patients with EV, ß-HPVs infect skin cells known as keratinocytes and provoke their proliferation. Searching for genetic causes of the disease, Casanova’s team found that it is sometimes associated with mutations in a human gene coding for the protein CIB1.

They observed that individuals with CIB1 deficiency have symptoms identical to those with mutations to EVER1 or EVER2, two genes previously linked to EV. The researchers also noted that patients with EVER1 or EVER2 mutations have very low levels of CIB1, suggesting that the three proteins interact.

The scientists concluded that EVER1, EVER2, and CIB1 form a protein unit that, when functioning correctly, protects keratinocytes from ß-HPVs. If any part of this unit is compromised, however, the viruses are able to replicate and lead to pathological transformations of skin cells.

ß-HPVs are, in a sense, defective: they fail to make two proteins, E5 or E8, which are produced by all other subtypes of HPVs and can occasionally cause common warts. Both E5 and E8 interact with CIB1. Without these proteins, Casanova says, ß-HPVs are no match for the CIB1-EVER1-EVER2 unit, which prevents them from harming cells.

Casanova posits that people with EV are vulnerable to ß-HPVs because their own genetic irregularities nullify those of the viruses. That is, the viruses can compensate for their missing proteins because the corresponding human defense mechanism is awry.

“When people have mutations in CIB1, EVER1 or EVER2, the ß-HPVs can promote the growth of keratinocytes—and can form warts and cancer—because there’s nothing to stop them, even though they are intrinsically defective, lacking E5 and E8” he says.