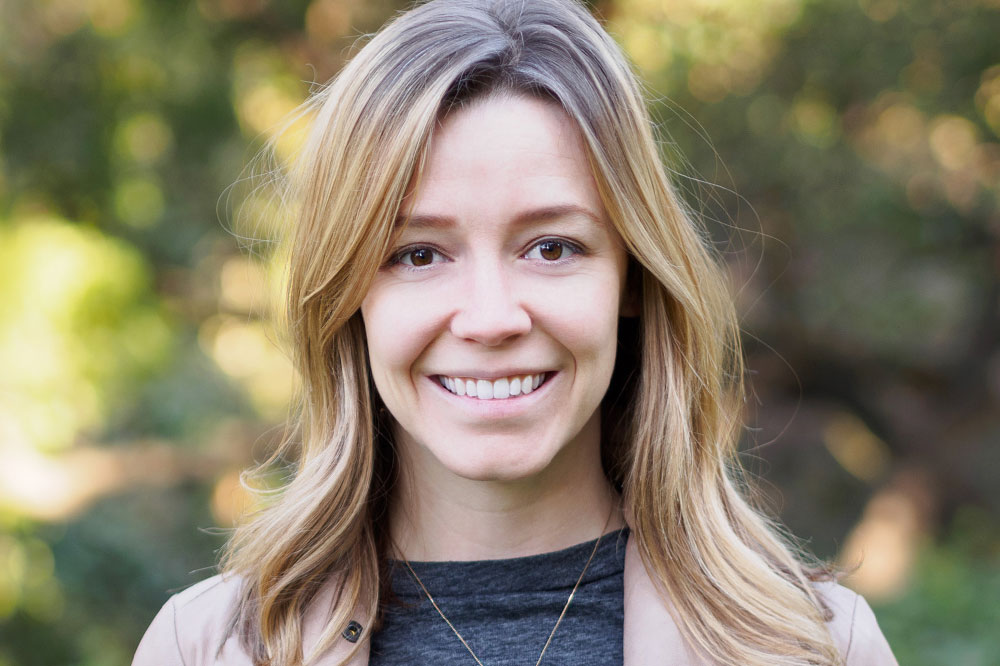 Amy Shyer joined Rockefeller as an assistant professor on July 1.

Amy Shyer has nothing against genes. The bulk of her scientific training, in fact, took place in molecular biology and genetics departments. However, as she investigates the early stages of organ formation, she hopes to divert a bit of attention away from genes and towards the physical processes that help determine the form and fate of tissues.

After concluding a Miller Fellowship at Berkeley, Shyer brings her unique breed of developmental biology to Rockefeller. On July 1, she started as a tenure track assistant professor and head of the Laboratory of Morphogenesis.

Shyer attributes her intuition for physical principles to a lineage of accomplished craftswomen: both her grandmother and mother are skilled seamstresses. “Growing up, I marveled at how an endless array of shapes could emerge by simply putting thread to cloth,” she says. Shyer appreciated the power of combining many small components into a greater whole—and after college, while working as a technician at UC San Francisco, she realized that the same logic could be applied to thinking about how organisms take shape.

“Once I stumbled into embryology, I couldn’t imagine asking a question other than: How is it that patterns form in the human body?” she says.

Shyer pursued this question as a graduate student at Harvard, where she worked with geneticist Cliff Tabin and engineer L. Mahadevan. At the time, a group in Tabin’s lab was studying how the intestine forms its stereotyped loops. “It looks like a jumble, but the amazing thing is, it’s always the same jumble,” says Shyer.

Initially, the team searched for a gene responsible for intestinal shaping. Failing to find any such gene, the researchers instead examined the physical dynamics that might force tissue to take a particular shape. This approached turned out to be surprisingly fruitful: the group showed that mechanical interactions within tissue are critical to the emergence of not only loops, but also villi and stem cell niches in the gut.

The success of these projects, combined with an intuitive facility for observing physical behavior in tissues, inspired Shyer as she further refined her research interests. “I began to think about the physical processes cells and tissues undergo as a fundamental guiding principle for developmental biology,” she says.

During her postdoctoral work at Berkeley, Shyer moved beyond the gut but maintained her focus on physical processes. She also began working with fellow graduate of the Tabin lab, Alan Rodrigues. Experienced with molecular models of morphogenesis, Rodrigues became a key collaborator as Shyer developed strategies for synthesizing mechanical and molecular approaches to development. Eventually, he also became her husband.

Of feathers and follicles

As a Miller Fellow at Berkeley, hosted by Richard Harland, Shyer investigated the formation of feather follicle patterns in avian skin. At the time, the prevailing view was that genes provide a molecular blueprint that determines which cells become follicles and where these follicles form. According to this framework, molecules first disperse in patterns across a tissue and then cause the tissue to shape itself as a secondary response. Skeptical, Shyer took a different approach. “Looking at the skin, I wanted to refocus attention on the physical process itself,” she says. “I wanted to revisit the molecular assumptions we’ve been making to see if they truly bear out.”

Contrary to conventional views, Shyer and Rodrigues found that molecular instructions do not guide the initial stages of follicle formation. Rather, they observed that, as cells in developing tissue push and pull on one another, they aggregate automatically; and these mechanical forces ultimately trigger gene-expression changes. This research challenges existing assumptions about how tissues form and has implications beyond avian skin.

“The first step that takes place when you make a feather is very similar to the first step in making a scale, a hair, a sweat gland, or even a tooth,” says Shyer. “So these findings provide a potential framework for the formation of many structures in animal development.”

At Rockefeller, Shyer plans to use the chicken embryo as a model for studying the emergence of biological form, or morphogenesis, a classic field of inquiry dating back to the ancient Greeks. Working with Rodrigues, Shyer will continue to fuse mechanical and molecular tactics to better understand pattern formation and tissue development.

“Amy’s accomplishments have resulted from an extremely clever integration of biology and physics, and she is using tools from both disciplines to address longstanding and fundamental questions in developmental biology,” says Richard P. Lifton, Rockefeller’s president. “She is going to be a superb addition to our faculty.”

As a scientist who draws inspiration from physics, molecular biology, and cell biology, Shyer looks forward to working in an academic environment free of departmental boundaries. “I’m grateful to have the freedom to let my research program define its own niche, and to be around others who are doing the same,” she says. “I’m excited to have independence, but also to be at an institution that has a track record for supporting scientists who set their sights on deep and complex problems with broad implications for biology.”