William E. Ford elected Chair of The Rockefeller University Board 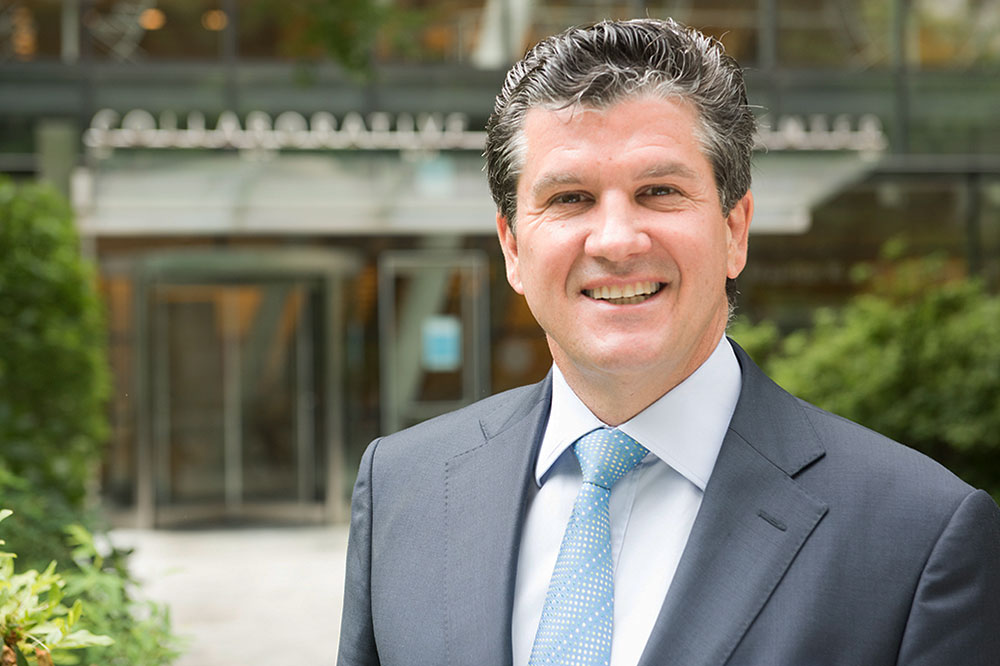 William E. Ford, chief executive officer of the global growth equity firm General Atlantic and a long-serving Rockefeller Board member, has been named Chair of the university’s Board of Trustees. Unanimously elected at the June 6 Board meeting, Ford succeeds Russell L. Carson, who is retiring from the position after 13 years.

“Bill is very strategic, and he’s adept in getting the best from people and positioning organizations for success,” says Richard P. Lifton, Rockefeller’s president. “Bill’s business acumen, integrity, and effectiveness, combined with his passion for biomedical science and its impact on society, make him the ideal choice to lead Rockefeller’s Board,” Lifton says.

A graduate of Amherst and Stanford Business School, Ford has been a member of the Rockefeller Board since 2006 and has served as Vice Chair since 2015. He has led General Atlantic since 2007, and has served on the boards of a number of portfolio companies—including Tory Burch, Oak Hill Advisors, and Markit—as well as non-profit institutions such as Lincoln Center, Memorial Sloan Kettering Cancer Center, and the New York Genome Center. Ford says his involvement with the university was inspired by its mission of science for the benefit of humanity, and storied history, as well as his strong interest in science—an interest that intensified as he got to know many of the individuals who make Rockefeller a world-class institution. He made a generous contribution to Rockefeller’s current campaign in support of faculty recruitment. Structural biologist Jue Chen is the university’s William E. Ford Professor.

“Bill has tremendous curiosity and enthusiasm for Rockefeller, and his election as Chair gives the faculty great confidence that we will remain at the forefront of scientific research,” says Chen.

“Rockefeller is as strong today as it has ever been, both fiscally and in terms of the science, as evidenced by the striking string of recent awards and recognitions,” Ford says. “My responsibility and that of the Board is to build on this foundation and to make sure the university has the resources it needs to be successful decades into the future. It will be my job to connect the Board to the leadership team’s plan, and we are eager to work with Rick on his strategic vision for the coming years.”

As a Vice Chair of the Board and Chair of its Investment Committee, Ford has already worked extensively with fellow Trustees, university leadership, and Carson, who will remain a Trustee for another year, helping to ensure a smooth transition. Carson’s retirement as Chair, in planning for over a year, comes as the university prepares to open a two-acre addition to campus encompassing 135,600 square feet of interior space. Under Carson’s tenure as Chair, Rockefeller has raised more than $1.6 billion and recruited 27 new faculty members. He led or participated in the recruitment of three presidents: Paul Nurse, Marc Tessier-Lavigne, and Lifton.

The firm Carson co-founded, Welsh, Carson, Anderson, & Stowe, has grown into one of the world’s most successful private equity investors in the healthcare sector. 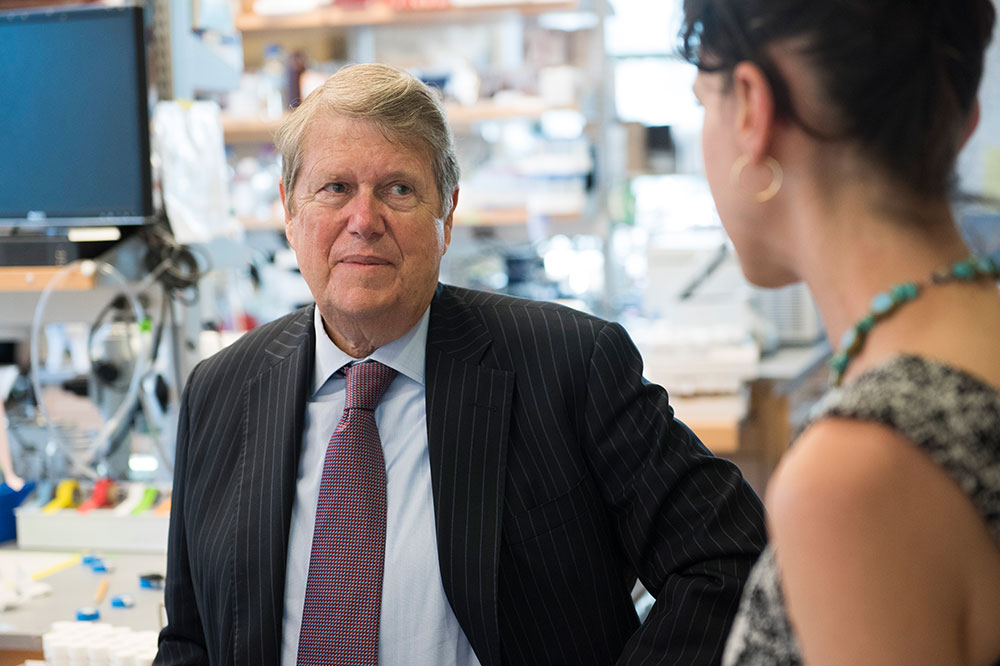 “Russ’s commitment to Rockefeller, and to the whole of biomedical science, is extraordinary. His generosity, as well as that of his entire family, has made a remarkable and lasting impression on our community,” says Lifton. “Russ has a big-picture view, and he gives greatly of his time and spirit. We are deeply grateful for all he has done for this institution.”

Carson’s wife, Judith Carson, has also been closely involved with Rockefeller; she is a member of The Rockefeller University Council and serves on the Women & Science and Parents & Science committees.

The Carsons’ involvement with Rockefeller began in 1991 when their daughter sought treatment for psoriasis, first from Martin Carter and, after Carter’s death, from James G. Krueger, head of the Laboratory for Investigative Dermatology.

“Russ has been an inspiration to everyone in my research group,” says Krueger. “Because of his interest and support, I have been able to explore avenues of psoriasis research that may otherwise have been impossible.”

“Russ is a quintessential Trustee and Board Chair, who has led The Rockefeller University through a historic period of great success and advancement,” says Lulu C. Wang, a Trustee. “He has inspired us by his personal commitment and by heartfelt relationships throughout the community. Importantly, he has made it both meaningful and great fun to work for this university that we all love.”

Neuroscientist Leslie B. Vosshall, the Robin Chemers Neustein Professor, adds, “Russ has been a steadfast supporter of Rockefeller, guiding the community through two presidential transitions, two ambitious building projects, and the recruitment of a new generation of Rockefeller scientists. His effortless leadership has been inspiring.”

Ford says he has the proverbial big shoes to fill. “The way Russ has worked so closely with staff and the Board is the opposite of transactional, it is truly relationship driven,” he notes. “He has been an incredible role model for how to do this job well.”

Here is the full list of members of Rockefeller’s Board of Trustees.