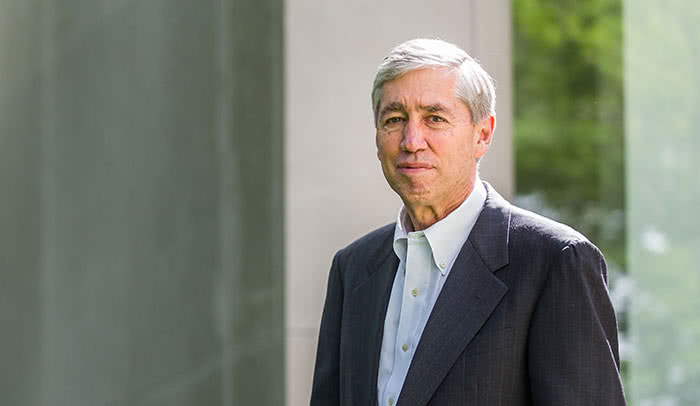 In keeping with a long tradition of Rockefeller’s presidents maintaining active research programs, Lifton will relocate his group, establishing the Laboratory of Human Genetics and Genomics.

Physician-scientist Richard P. Lifton takes office on September 1 as Rockefeller University’s 11th president. Lifton, who has pioneered the use of genomics to identify the basis for diseases, succeeds Marc Tessier-Lavigne, who is leaving to assume the presidency of Stanford University.

Lifton arrives from Yale University, where he was the Sterling Professor of Genetics, chair of the department of genetics, and founder and executive director of the Yale Center for Human Genetics and Genomics. The recipient of numerous honors, including the 2014 Breakthrough Prize, he has served in many high-profile advisory positions, most notably co-chairing the planning committee for President Obama’s Precision Medicine Initiative in 2015.

Rockefeller’s president directly oversees approximately 80 independent laboratories as well as the university’s administration and graduate program. As Lifton takes office, Rockefeller is in the midst of an ambitious extension project that will add two acres to the current 14-acre campus, and it has been aggressively recruiting new faculty. A number of innovative initiatives in basic and clinical science are also underway.

In February, Tessier-Lavigne announced his departure after serving as president for five years. A search committee composed of trustees and faculty members unanimously approved Lifton’s appointment in May.

In keeping with a long tradition of Rockefeller’s leaders maintaining active research programs, Lifton will relocate his group, establishing the Laboratory of Human Genetics and Genomics.

“Now, more than ever, science has enormous potential to contribute to the well-being of humanity,” Lifton says. “Rockefeller has an unparalleled record in this endeavor, and I am honored to join this extraordinary community of scientists as we continue to push the boundaries of basic science and medicine.”

His own research on hypertension, a disorder affecting 1 billion people worldwide and causing 7.5 million deaths from cardiovascular disease each year, has shown that genetic mutations that increase or decrease the kidneys’ reabsorbtion of salt can drive blood pressure to the highest or lowest extremes, respectively. This discovery has provided the scientific basis for public health recommendations to lower blood pressure by reducing dietary salt intake or using specific medicines that inhibit salt reabsorption.

Lifton currently investigates the rare genetic mutations responsible for a wide range of disorders, with the intent of better understanding human biology and improving patients’ outcomes. To accomplish this, his lab developed technology for sequencing the protein-coding genes, or exome, within the human genome. His lab used this technology to make the first clinical diagnosis by genome-level sequencing and since then he and colleagues at Yale have sequenced more than 40,000 exomes, identifying several hundred genes whose mutation causes human disease. “The combination of genetics and genomics with clinical medicine has the ability to tell us the role of every gene in human biology, illuminating normal and disease physiology and also defining opportunities for disease prevention and therapy,” Lifton says.

He expresses great enthusiasm for his move to Rockefeller. “I have followed and admired the Rockefeller faculty since my first visit to the campus as a graduate student in 1978, and am thrilled to be joining this extraordinary institution,” Lifton says. “Rockefeller is renowned for recruiting scientists of exceptional creativity, and providing the support and environment to inspire the exploration of the biggest scientific questions. The record of the faculty’s accomplishments speaks to the power of Rockefeller’s singular focus.

“While maintaining its internal cohesion, the university can play a key role in promoting and establishing collaborative efforts across New York and beyond,” Lifton adds. “Rockefeller is in a unique position to take advantage of this extraordinary time in scientific discovery.”