The Rockefeller University today announced that its Board of Trustees has elected Richard P. Lifton to be the 11th president of the university, effective September 1, 2016. Lifton, 62, Sterling Professor of Genetics and chair of the department of genetics at Yale University, will succeed Marc Tessier-Lavigne, who is leaving Rockefeller to become Stanford University’s next president.

A member of the National Academy of Sciences and the National Academy of Medicine, Lifton graduated from Dartmouth College, received his M.D. and Ph.D. degrees from Stanford University, and served his medical residency at Brigham and Women’s Hospital. He has been a Howard Hughes Medical Institute investigator since 1994, and he co-chaired the planning committee for President Obama’s Precision Medicine Initiative in 2015. Many leading scientific societies have honored him for the quality and impact of his research, and he was recognized with a 2014 Breakthrough Prize in Life Sciences. 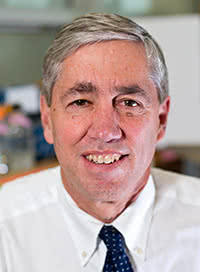 “Rick was our unanimous first choice to be the next president of The Rockefeller University,” says Russell L. Carson, chair of the university’s Board of Trustees. “He has achieved international prominence in both basic and clinical research and has long played a leading role in helping to set the national research agenda. Additionally, he has demonstrated leadership at many levels of the academic research enterprise, including a proven commitment to fostering diversity in recruitment and to mentoring the next generation of scientists. In all settings, he is a strong, persuasive advocate for the importance of science in improving human health and society. We are confident that Rick is going to be an exceptional president.”

“I am thrilled to join Rockefeller University’s remarkably vibrant and unique scientific community,” says Lifton. “Human health is advanced via fundamental understanding of basic biomedical processes, which in turn is driven by technological innovation. Rockefeller scientists have an unparalleled record of transformative contributions to science and medicine owing to a culture that supports and values exceptional creativity. Rockefeller is ideally positioned to extend its spectacular record of leadership in science and medicine. I look forward to helping shape the bright future of this great university.”

After his medical residency at Brigham and Women’s Hospital, Lifton became an assistant professor of medicine at Harvard Medical School in 1991. In 1993, he joined Yale University as an assistant professor of internal medicine and genetics and, in 1997, became a professor of internal medicine and genetics. The following year, he was named chair of the department of genetics and director of the Yale Center for Human Genetics and Genomics. In 2002, he was appointed the Sterling Professor of Genetics. In 2009, he founded the Yale Center for Genome Analysis and has served as the center’s executive director since then.

In his research, Lifton has pioneered the use of genetics and genomics to understand fundamental mechanisms underlying human diseases, including cardiovascular disease, neoplasia, kidney disease, and osteoporosis. His work on hypertension, a common disorder affecting 1 billion people, showed that mutations that increase or decrease renal salt reabsorption respectively drive blood pressure to the highest and lowest levels compatible with survival. This work has provided the scientific foundation for modulating salt balance to both prevent and treat high blood pressure, informing public health efforts and therapeutic strategies now used worldwide. He also was a developer of exome sequencing, a method for rapidly and inexpensively sequencing all the genes in the genome, and has led the application of this technology for both discovery of new disease genes and for clinical diagnosis.

Lifton has served as an advisor to science-funding federal agencies and private foundations, major research universities, and leading biopharmaceutical companies. Currently, he is a member of the advisory committee to the director of the National Institutes of Health. He is a member of the juries for the Lasker Award, the Gruber Foundation Genetics Prize, and the Breakthrough Prize in Life Sciences. He also serves on the scientific advisory bodies for the Broad Institute at MIT and Harvard, the Whitehead Institute, the Massachusetts General Hospital, the Simons Foundation Autism Research Initiative, and the JPB Foundation. He is a member of the board of directors of the Coalition for Life Sciences and for the pharmaceutical companies Roche and Genentech. Lifton is also a member of the American Academy of Arts and Sciences and has served on the governing councils of the National Academy of Sciences and the National Academy of Medicine.