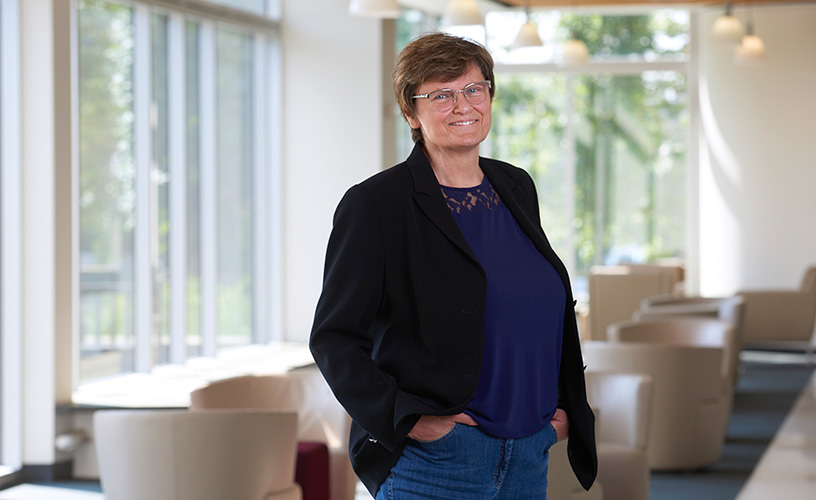 Katalin Karikó has dedicated her career to achieving a dream that the scientific establishment once deemed implausible. For four decades, her research has focused on the use of messenger RNA (mRNA) for therapeutics and vaccines. She discovered how to overcome the potentially lethal inflammatory response caused by synthetic mRNA that had precluded its use in humans. Her foundational discoveries laid the groundwork for the rapid development of mRNA vaccines that have saved millions of lives during the COVID-19 pandemic.

Dr. Karikó was born and raised in Hungary. During her studies at the University of Szeged, where she earned a B.S. in 1978 and Ph.D. in 1982, she began her pursuit of clinical use of mRNA. Dr. Karikó packaged nucleic acid into lipid-based carriers and mastered RNA manipulation.

Research-funding problems in Hungary drove her to the U.S. She held fellowships in two labs before joining the University of Pennsylvania. There, Dr. Karikó collaborated with several clinical investigators as her work progressed, despite lack of grants and institutional support. During the 1990s, she persevered even though, by this time, conventional wisdom held that delivering intact mRNA to cells in the human body was infeasible.

Dr. Karikó joined forces with immunologist Drew Weissman, and together they discovered that synthetic mRNA could be prevented from activating the innate immune system by replacement of uridine with pseudouridine, a modification found in transfer RNAs. The resulting modified mRNAs can be translated without triggering the innate immune response. Drs. Karikó and Weissman went on to demonstrate that such modified mRNA formulated with lipid nanoparticles can be a potent vaccine. This technology ultimately became the basis for the FDA approved COVID-19 mRNA vaccines that are used to combat the current global pandemic. Pioneering work by Dr. Karikó has fueled these advances and opened the door for future therapeutics for a wide range of health conditions.

Today, Dr. Karikó is senior vice president at BioNTech and adjunct professor of neurosurgery at the Perelman School of Medicine at the University of Pennsylvania. In the last two years, the critical importance of her discovery has won a breathtaking number of honors and prizes. Dr. Karikó’s awards include the Breakthrough Prize in Life Sciences, the Lasker~DeBakey Clinical Medical Research Award, the Gairdner Award, the Japan Prize, the Paul Ehrlich and Ludwig Darmstaedter Prize, and, most recently, Rockefeller University’s Pearl Meister Greengard Prize.