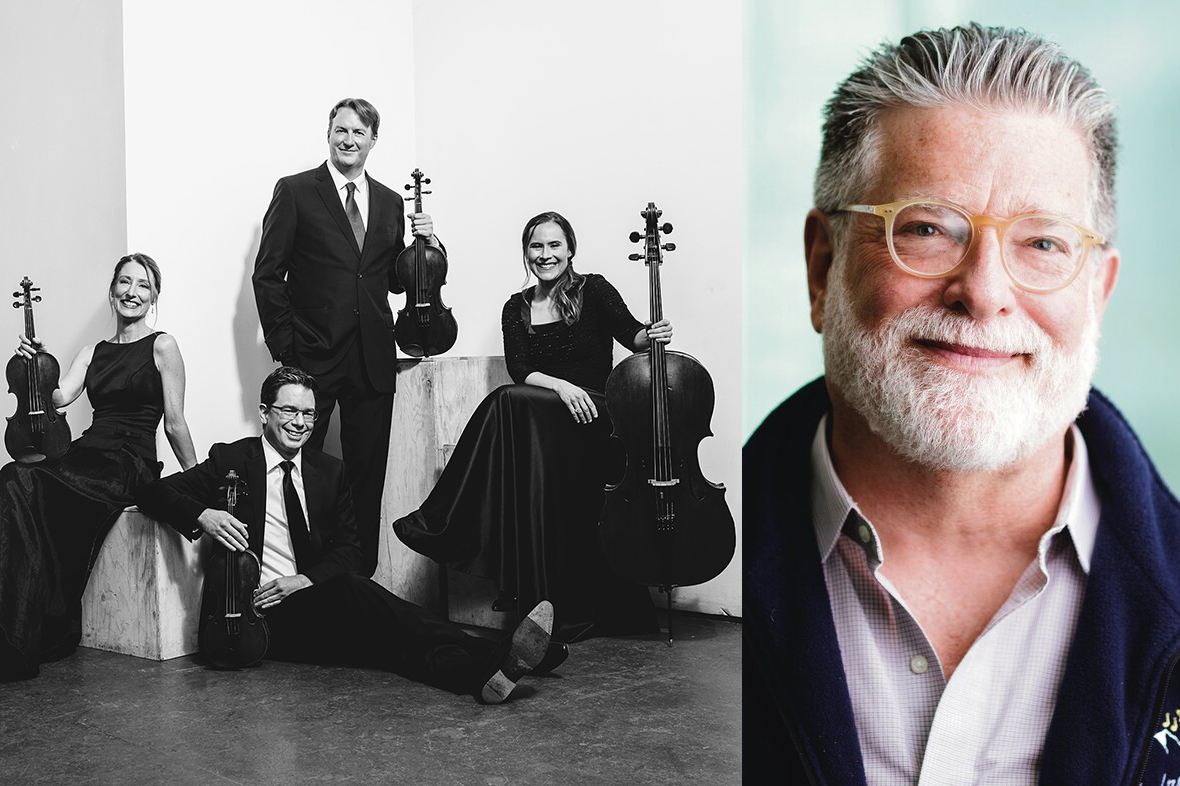 The Fry Street Quartet – hailed as “a triumph of ensemble playing” by The New York Times – is a multi-faceted ensemble taking chamber music in new directions. Touring music of the masters as well as exciting original works from visionary composers of our time, the Fry Street Quartet has perfected a “blend of technical precision and scorching spontaneity” (The Strad). Since securing the Grand Prize at the Fischoff National Chamber Music Competition, the quartet has reached audiences, including New York, London, Sarajevo, Jerusalem, and a six-concert China tour culminating at the Shanghai Oriental Art Center. Throughout, the ensemble explores the medium of the string quartet and its life-affirming potential with “profound understanding…depth of expression, and stunning technical astuteness” (Deseret Morning News).

The quartet’s significant touring history includes performances at major venues, festivals, and for distinguished series at Carnegie Hall and the New School in New York, the Jewel Box in Chicago, Chamber Music Columbus, the Kravis Center in West Palm Beach, the DiBartolo Performing Arts Center at Notre Dame, the Theosophical Society in London, and the Mozart Gemeinde in Klagenfurt, Austria. The quartet also enjoys a continuing residency with the Salt Lake City-based NOVA series.

Violist Toby Appel has appeared throughout the U.S. and abroad as a recitalist, concerto soloist, and chamber musician. He was a former member of the Lenox, Audubon, and Tashi quartets and has appeared at the Angel Fire, Marlboro, Mostly Mozart, Chamber Music Northwest, Ravinia, Santa Fe, Seattle, and Great Mountains (Korea) festivals among others. Mr. Appel was formerly on the faculty of the State University of New York at Binghamton, Virginia Polytechnic Institute, University of New Mexico, and Carnegie Mellon University. He trained at the Curtis Institute of Music with Max Aronoff and Joseph DePasquale, and has been on the college faculty at Juilliard since 1990 and on the school’s Pre-College faculty since 1999.