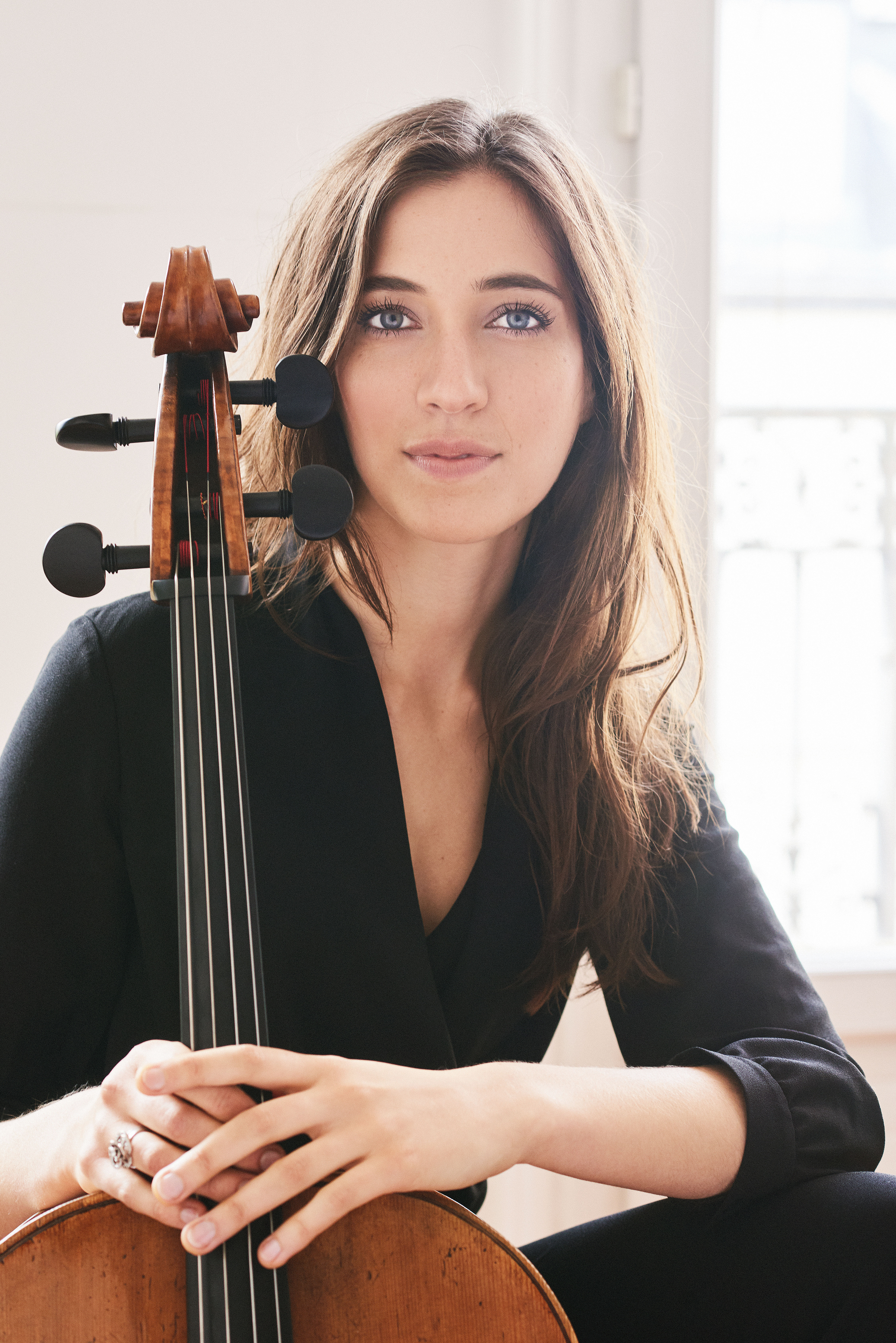 Cellist Camille Thomas understands art’s power to bring people together from diverse cultures, countries, and backgrounds. She took part in the world premiere recording of Fazil Say’s Concerto for Cello and Orchestra “Never Give Up,” the composer’s response to terrorist attacks on Paris and Istanbul, which was written expressly for Ms. Thomas. Her remarkable series of videos, sharing music from empty museums in Paris during lockdown, have been transformative experiences for thousands of viewers. She has worked with acclaimed conductors such as Paavo Järvi, Mikko Franck, and Darrell Ang, and orchestras like Deutsche Kammerphilharmonie Bremen and Academia Santa Cecilia. In 2019, she made her highly anticipated U.S. debut at the Brevard Music Festival and continued with in person and online performances with Purdue Convocation, The Cliburn, Peoples’ Symphony Concerts, and more. Ms. Thomas studied in Frans Helmerson’s and Wolfgang-Emmanuel Schmidt’s classes at the Hochschule für Musik Hanns Eisler in Berlin, after working with Marcel Bardon and Philippe Muller in Paris and Stephan Forck in Berlin. Ms. Thomas plays the Stradivarius “Feuermann” (1730) thanks to the generosity of the Nippon Music Foundation and a bow by Eugène Sartory kindly on extended loan from the Fondation Roi Baudoin – Fonds Bollandsee.

Roman Rabinovich, who has been praised by The New York Times for his “uncommon sensitivity and feeling,” is the winner of the 12th Arthur Rubinstein International Piano Master Competition. He has performed throughout Europe and the United States in such prestigious venues as Wigmore Hall (London), the Great Hall of Moscow Conservatory, Cité de la Musique (Paris), Lincoln Center (New York), and the Kennedy Center’s Millennium Stage (Washington, DC). In addition to his talents as a performer, Mr. Rabinovich is also a composer and visual artist. In the summer of 2016, he embarked upon the Haydn Project, recitals of Haydn’s complete keyboard sonatas at the Bath Festival in the United Kingdom, and partial cycles at the Lammermuir Festival in Scotland and ChamberFest Cleveland. Through 2020-21, during the global pandemic, Mr. Rabinovich and his wife, violinist Diana Cohen, gave a very successful series of free weekly concerts from their front yard in Calgary.