A new sculpture, donated by Torsten N. Wiesel, is perched in front of Flexner Hall 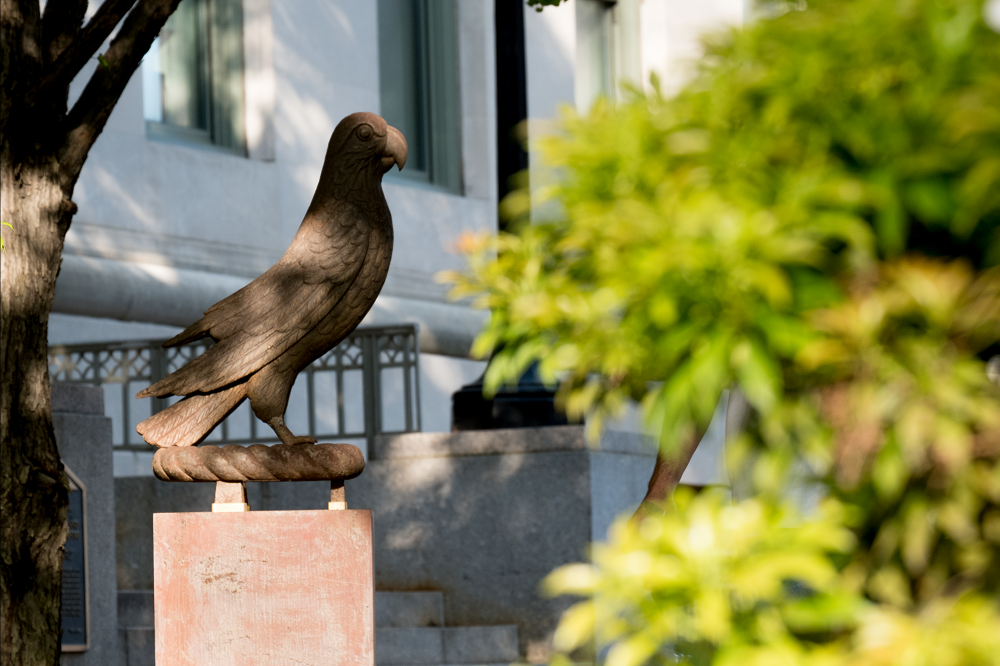 “The idea was to put the bird in an area where it may have liked to sit, had it been a live bird,” says Torsten N. Wiesel about his recent gift to the university, a two-and-a-half-foot-tall cast-iron parrot. In this spirit, the sculpture has been placed in a grove of trees outside the southern entrance of Flexner Hall.

“It sets a tone that reflects my own way of looking at things: straight-up, clear, without unnecessary undulations,” says Wiesel, the Vincent and Brooke Astor Professor Emeritus and President Emeritus.  A neurobiologist and Nobel laureate, Wiesel has been a steadfast presence on campus ever since he joined the faculty in 1983. He served as the university’s president from 1991 to 1998.

The sculpture’s precise origins are unknown: It is technically considered an architectural ornament from the late 19th or early 20th century, and was given to Wiesel by his former wife, the late Jean Stein. “She was a very generous person,” he says, “and I think the bird belongs here at Rockefeller. It makes me very happy to see members of the community pause to look at it as they go on their way.”