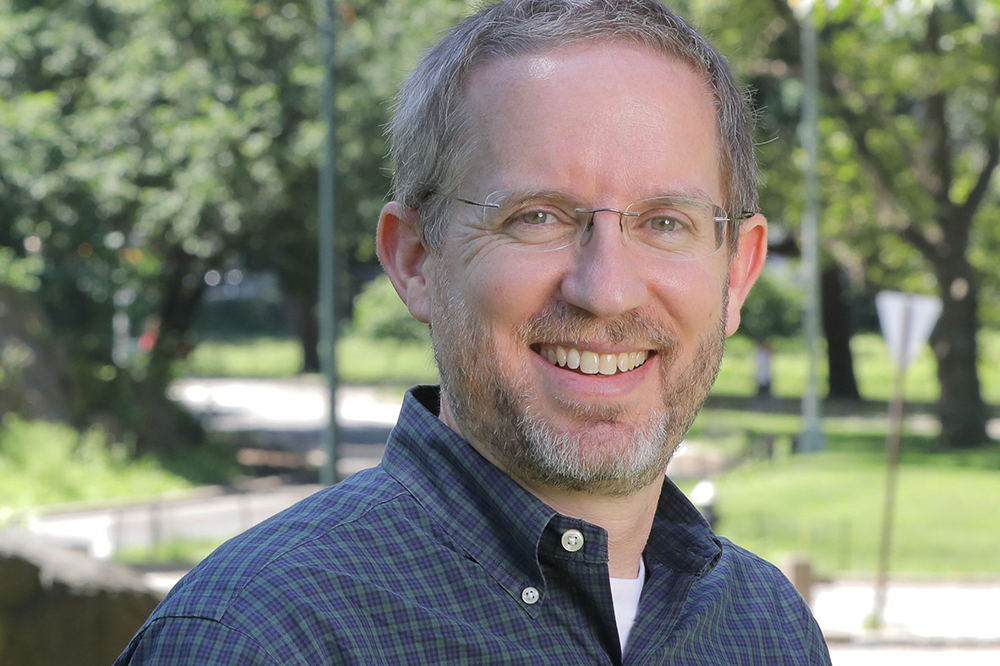 The Brady lab identifies and analyzes new small molecules—new, because these molecules and their DNA have become accessible only through Brady’s unique methodology. He isolates DNA from bacteria that cannot grow in the lab and transfers this genetic material into other bacteria that are more amenable to culturing and cloning. This technique allows his lab to study a wealth of otherwise evasive molecules.

“Old-school methodologies probably miss most of the interesting molecules that bacteria make,” says Brady, who joined the university in 2006. “Over the past 12 years we’ve reduced this idea to practice, and we’ve developed new methods that allow us to get at those molecules.”

His lab probes the human microbiome to better understand how bacteria interact with the body; and they probe soil to uncover natural products with therapeutic potential. This research has recently led to, among other things, the discovery of malacidins, a novel class of antibiotics that may successfully fight drug-resistant bacteria.

Looking ahead, Brady hopes that his research will continue to yield molecules with clinical applications. “The field is waiting to identify a molecule that will save a life—that is the goal,” he says. He also hopes that his work in the microbiome will shed further light on how the bacteria normally present in the body influence human health.

Brady looks forward to many more years of focused work at the university. “Rockefeller has allowed me to just put my head down and do science, and I don’t think there are too many institutions in the world where you get to do that with so few distractions,” he says. 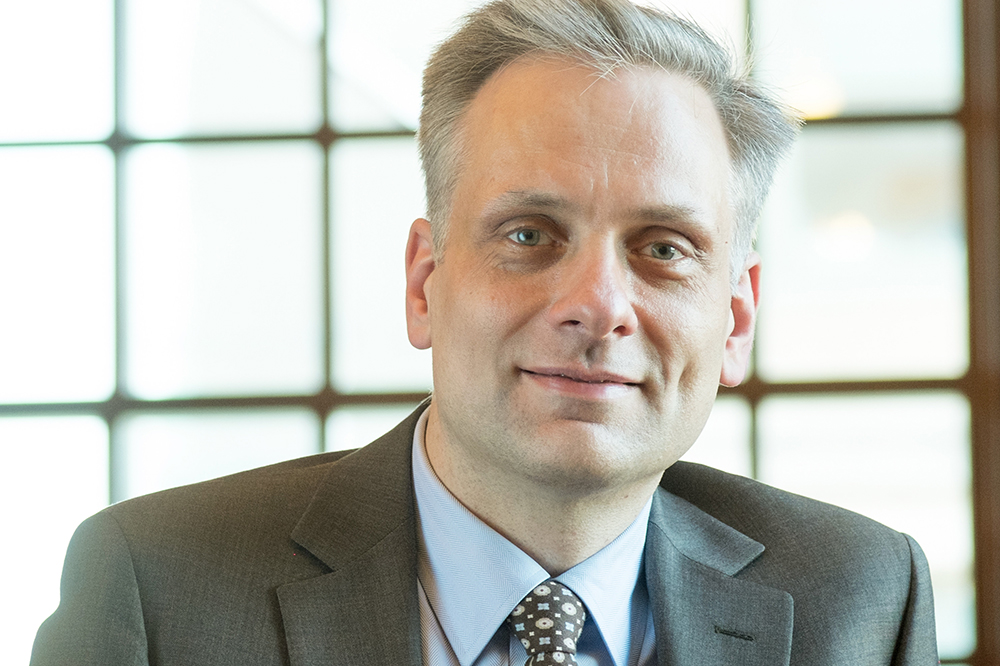 Freiwald studies how the brain analyzes the visual information it receives from a face. He discovered that the brain is equipped with a specialized face-processing circuit; and his lab investigates how this circuit works, what computational principles it employs, and how it drives downstream processes like memory, emotion, and communication.

“Faces are a very special kind of visual object—one that attracts our attention, makes us wonder about the thoughts of other people, elicits emotions, and engages our drive to communicate,” says Freiwald. “Therefore we can use faces as an inroad into the mechanisms of complex social brain functions.”

Ultimately, he aims to uncover how facial recognition circuits achieve the amazing computational feats that drive human cognition, and how alterations of these circuits might lead to psychiatric disorders.

A basic scientist by training, Freiwald didn’t initially anticipate that his research would have clinical applications. But when he joined Rockefeller as an assistant professor in 2009, his new faculty colleagues suggested that his work could have implications for understanding autism. “That made a lot of sense to me,” Freiwald says, “and it allowed me and my lab to pursue Rockefeller’s mission of doing science for the benefit of humanity.” His lab has since conducted research relevant to understanding face blindness and epilepsy, and it is currently targeting autism and depression.

Recalling his first visit to campus, Freiwald remembers an infectious enthusiasm for research—an enthusiasm that, he says, he now experiences daily. “Whatever I and my lab have accomplished, we owe a lot to the amazing opportunities at Rockefeller.” 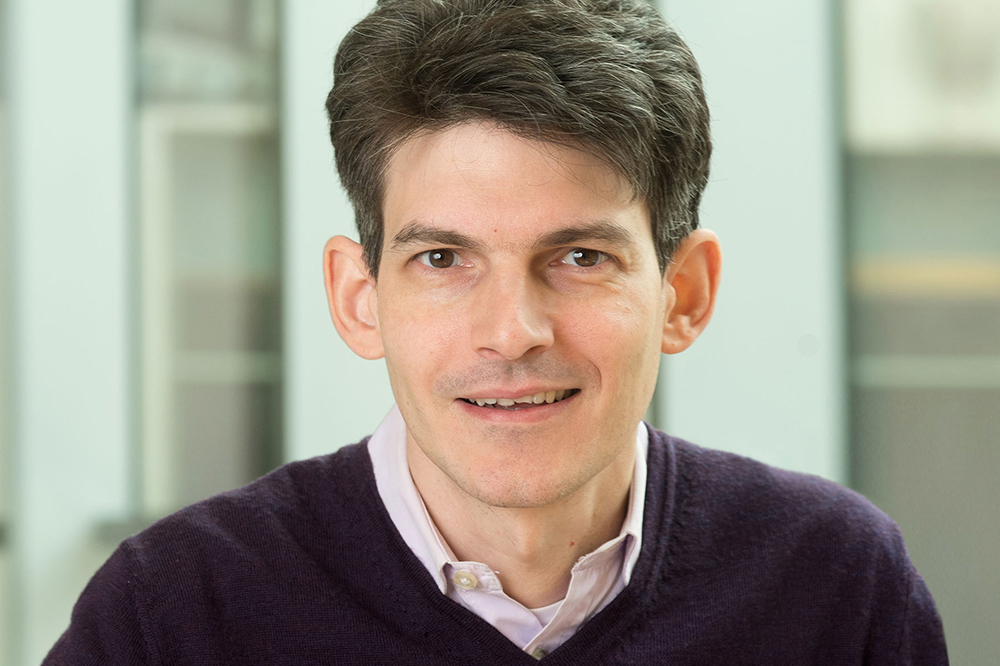 Bacteria have a special scheme in place to protect themselves from viruses—a gene-manipulation system that copies viral DNA and uses these copies to identify and destroy invaders. The Marraffini lab works with Staphylococcus epidermidis and Streptococcus pyogenes to study the molecular mechanisms involved in this kind of immunity, known as CRISPR.

Now a trendy topic in newspapers and science journals alike, CRISPR gene editing technology has shown incredible scientific and therapeutic potential; and Marraffini has been recognized as one of the leading figures behind this breakthrough. For example, in 2017 he shared the Albany Medical Center Prize in Medicine and Biomedical research for his success in in vivo genome editing. However, when Marraffini joined Rockefeller in 2010, he did not plan on creating a new way to modify DNA.

“When I started working with CRISPR there was little reason to believe that it was going to lead to such a transformative technology,” he says. “I was simply interested in how bacteria live and protect themselves.” In this sense, Marraffini says, the story of CRISPR speaks to the importance of basic research and generates excitement about science more broadly.

“When people hear that I work with CRISPR, they want to talk to me about the possibilities and ethics of gene editing,” he says. “But I also make sure to tell them that bacteria use CRISPR as an immune system. In this way, the technological applications provide a great entry point for talking about other aspects of my research.”

In the coming years, Marraffini hopes to use DNA sequencing technology to explore the diversity of bacterial viruses and the corresponding diversity of CRISPR systems—work that, he believes, would not be possible at another institution.

“At Rockefeller I feel completely free to pursue what I think are the most important projects,” he says. “At one time, gene editing technology was the most important to me; but now I am returning to my original passion—which is studying bacteria and their viruses.”