RECIPIENT OF THE DAVID ROCKEFELLER AWARD FOR EXTRAORDINARY SERVICE 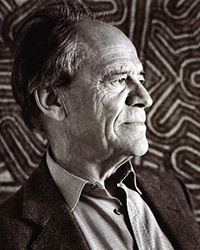 Torsten Wiesel’s discoveries have revolutionized understanding of the brain’s structure, function, and development. In 1981, while at Harvard University, he and his colleague David Hubel shared the Nobel Prize in Medicine, which recognized their discoveries about how the cerebral cortex receives and processes visual information. Their work revealed the cellular organization of the cerebral cortex and also led to improved therapies for children born with certain vision disorders.

Dr. Wiesel joined Rockefeller in 1983 to lead a new laboratory of neurobiology as the university’s Vincent and Brooke Astor Professor. From 1992 to 1998, he served as Rockefeller’s seventh president, guiding the university to a scientific renaissance. Dr. Wiesel’s presidency was transformative, and programs he established continue to serve as the foundation for the university’s success. This important work includes expanding Rockefeller’s tenure-track faculty, establishing the modern philanthropy program, and launching the Women & Science initiative.

For more than 20 years, since stepping down as president, Dr. Wiesel has been a vital presence on campus, serving as a trusted friend, valued mentor, and esteemed advisor to scientists and staff alike. As co-director of the Shelby White and Leon Levy Center for Mind, Brain and Behavior, he continues to foster excellence in neuroscience at Rockefeller.

Over the years, Dr. Wiesel has played a major role as an international science advocate, supporting interdisciplinary basic research in the life sciences. He has also worked tirelessly on behalf of global human rights. He is a former chair of the Okinawa Institute of Science and Technology, and was a founding member of the International Human Rights Network of Academies and Scholarly Societies. He has been affiliated with numerous other prestigious organizations.

In addition to the Nobel Prize, Dr. Wiesel has received the U.S. National Medal of Honor and many other accolades, including an honorary degree from Rockefeller. In 2005, the National Academies awarded him the David Rall Medal, recognizing his distinguished leadership of the Academies’ Committee on Human Rights, which he chaired from 1994 to 2004.