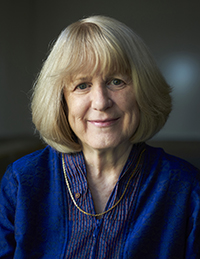 After growing up in Chicago, Dr. King received a B.A. in mathematics from Carleton College, in Minnesota, and a Ph.D. in genetics from the University of California (UC) at Berkeley. As a student in the early 1970s, she made her first remarkable discovery, when she and her adviser, Allan Wilson, determined that the DNA of humans and chimpanzees is more than 99 percent identical. Following postdoctoral training at UC San Francisco, she joined the faculty of UC Berkeley in 1976. Since 1995, she has been at the University of Washington, in Seattle, where she is American Cancer Society Professor in the departments of medicine and genome sciences.

The first scientist to demonstrate that predisposition to breast cancer can be inherited—resulting from mutations in a gene that she named BRCA1—Dr. King has influenced the course of cancer research, genetic testing, and clinical practice. Her current research focuses on inherited breast and ovarian cancer, the genetic bases of schizophrenia, and severe single-gene disorders.

Dr. King has also worked throughout her career in the interest of social justice. Beginning in the 1980s, with the goal of identifying children who had been taken from their families in war-torn Argentina, she pioneered the use of mitochondrial DNA product sequencing and other genetic and genomic methods for human rights investigations. Her approaches have been used to identify victims of violence on six continents. Dr. King served as a consultant to the Commission on the Disappearance of Persons of the Republic of Argentina, and she carried out DNA identifications for the United Nations War Crimes Tribunals.