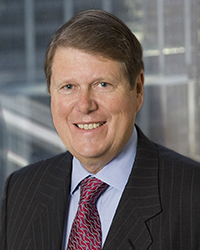 Mr. Carson is Chairman of The Carson Family Charitable Trust, a private foundation he and his immediate family established in 1991. The foundation is focused on New York City and supports nonprofit organizations in the fields of education, poverty relief, healthcare, medical science, and culture. Mr. Carson is currently Chairman of the Partnership for Inner-City Education, Co-Chairman of the New York Genome Center, Trustee Emeritus of the Metropolitan Museum of Art, a Trustee of New York-Presbyterian Hospital, and a Director of the National 9/11 Memorial and Museum. He is also Chairman Emeritus of Columbia Business School and a Trustee Emeritus of Dartmouth College.

Mr. Carson is a Founding Partner of Welsh, Carson, Anderson & Stowe (WCAS), one of the country’s largest private equity firms. Since 1979 WCAS has raised 17 limited partnerships with total capital in excess of $25 billion. Mr. Carson led the firm’s healthcare investment practice for many years.