The Convergence of Science and Medicine

CHAIR, BOARD OF TRUSTEES
THE ROCKEFELLER UNIVERSITY

Rockefeller’s first-ever Virtual Benefit will be a fun and lively affair, as we spotlight the revolutionary convergence of science and medicine taking place at the university. The program will feature esteemed faculty and distinguished alumni, including a special roundtable discussion on the future of science with President Rick Lifton and investigators Dr. Cori Bargmann, Dr. Michel Nussenzweig, and 2020 Nobel Prize recipient Dr. Charles Rice.

We will also pay tribute to Trustee Emeritus Julian Robertson for his enlightened philanthropy, recognizing not only his work at Rockefeller, but his leadership in the financial world, dedicated environmentalism, and contributions as one of the nation’s most generous philanthropists. 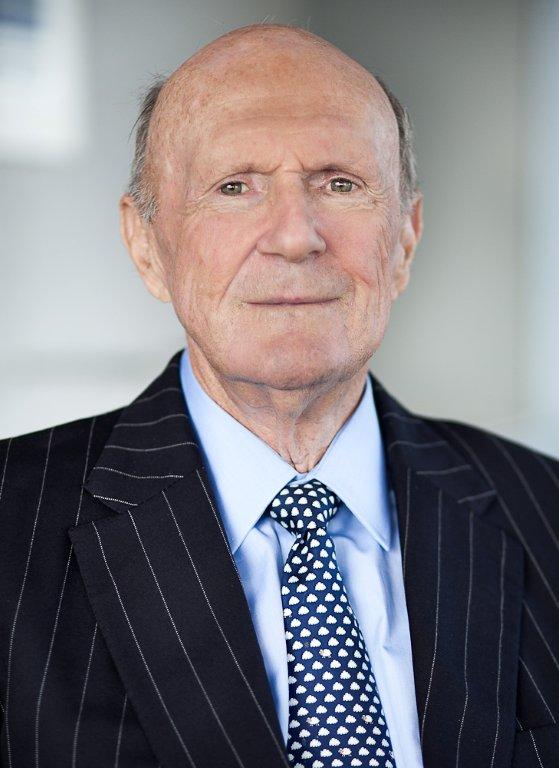 The Rockefeller University’s 2020 CELEBRATING SCIENCE Virtual Benefit honors Julian Robertson, one of the most visionary and generous benefactors in the university’s history. Julian joined the Rockefeller Board of Trustees in 2001, and in the ensuing two decades has helped to lead the university through a remarkable phase of growth and innovation. When he established the Robertson Therapeutic Development Fund in 2014 to support scientists in translating scientific breakthroughs into new medicines, he helped to usher in an era of convergence between science and medicine at Rockefeller.

Julian is a true pioneer, commonly cited as the creator of the modern hedge fund industry. He is regarded as an exemplary mentor to others in the financial and philanthropic sectors. As co-founder of Tiger Management, he trained a generation of “Tiger Cubs,” a cadre of analysts and portfolio managers who have become some of today’s most successful investment managers.

In 1996, with his late wife Josie, Julian founded the Robertson Foundation to focus on large-scale, high-impact grants in education, the environment, and medical research. His belief that wealth should be used to benefit human wellbeing and the environment was further demonstrated by his signing of the Giving Pledge in 2010. He has received numerous honors, including a Rockefeller University Honorary Degree in 2014 and the Carnegie Medal of Philanthropy in 2017.

He serves on the boards of the Environmental Defense Fund, The Gilder Lehrman Institute of American History, iMentor, and Lincoln Center for the Performing Arts. He is on the Leadership Council of the New York Stem Cell Foundation and is a Life Trustee of the Wildlife Conservation Society.