A theory arrived at by Lee-Ming Kow in the lab and published in 2016 states that the onset of behavioral arousal just after birth of the mouse pup depends on the ability of NGC neurons, giant neurons in the lower brainstem reticular formation, to fire high frequencies of electrical action potentials. Electrical currents necessary for facilitating such action potentials are called “delayed rectifier currents”, e.g. Kv2.1 and Kv2.2. We are testing that theory now (J. Neurophysiology, in preparation) using blockers of Kv2.1 and Kv2.2 while doing patchclamp single neuron recordings in vitro. Certainly blocking Kv2.1 reduces the sustained depolarization which depends on delayed rectifier currents, but we may have run into a paradox having to do with comparisons between Kv2.1 and Kv2.2. 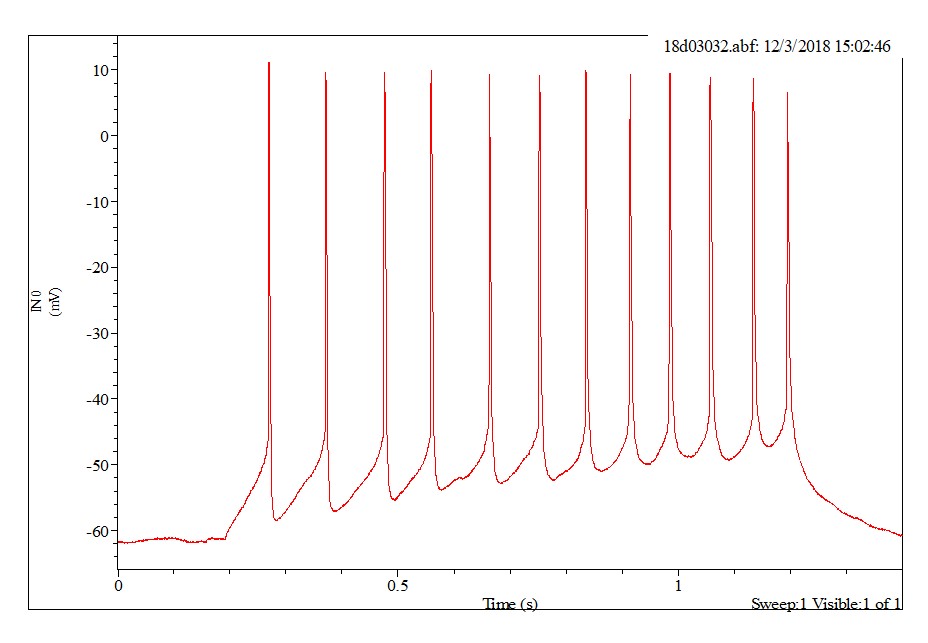 Stimulating this NGC neuron with a depolarizing pulse causes a train of action potentials (“spikes”). This is patchclamp intracellular recording. 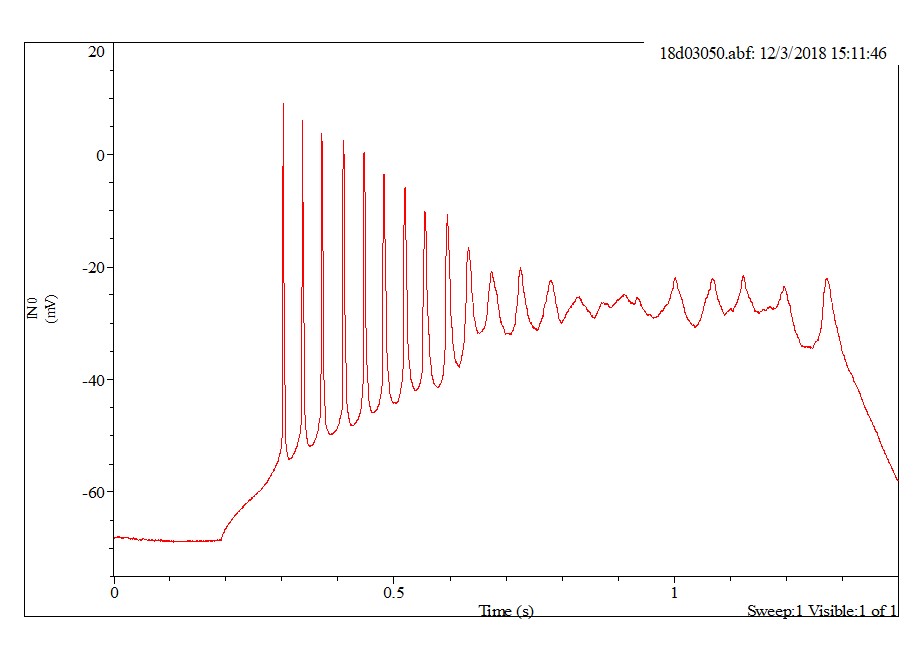 During infusion of a drug which blocks a specific type of potassium channel, the so-called “delayed rectifier” channel Kv2.2, makes the train of action potentials in this same neuron with the same depolarizing pulse train decline and almost disappear. 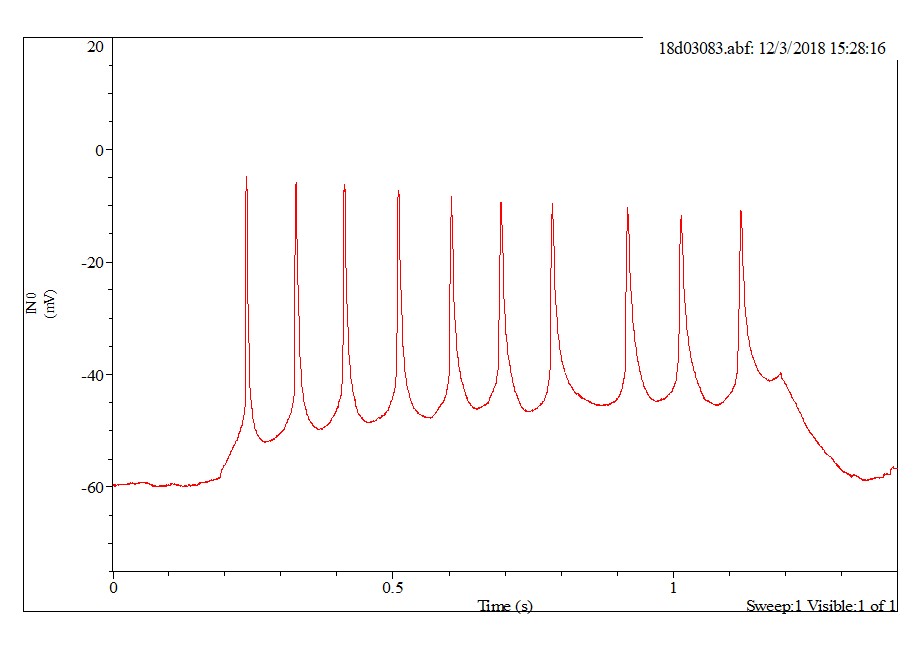 After the drug infusion, the train of action potential recovers in this same NGC neuron, showing that the drug did not simply damage the neuron.