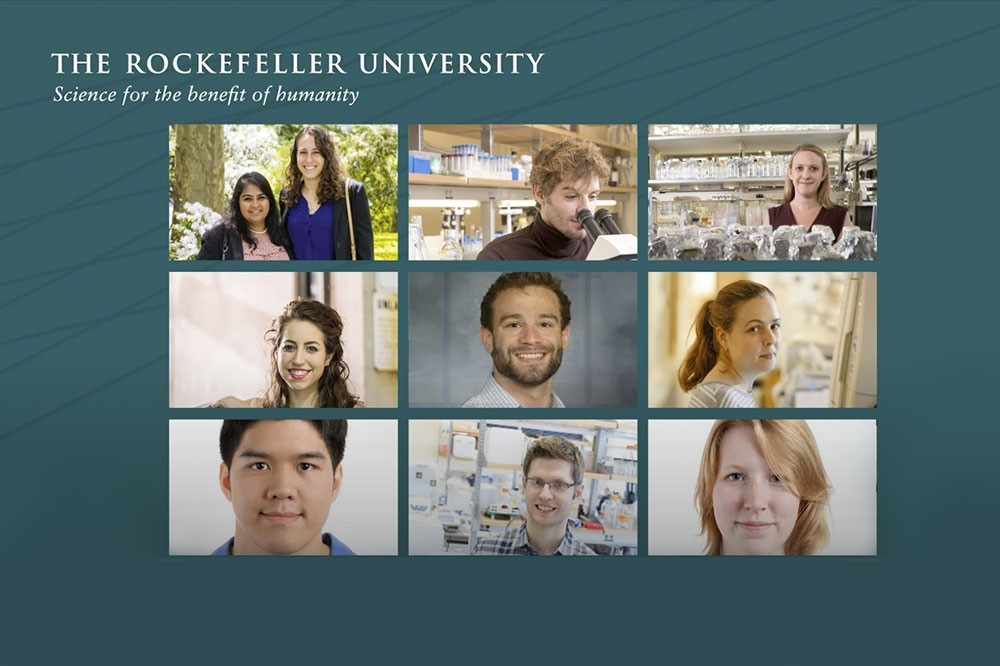 A screenshot from the virtual convocation ceremony.

Rockefeller’s 62nd Convocation for Conferring Degrees, held virtually on June 11, honored 30 exceptional graduate students whose achievements over the past several years have both furthered their training and pushed the boundaries of science.

As is tradition, each student was presented by his or her mentor, and the students were formally awarded their degrees by President Richard P. Lifton on behalf of the university’s Board of Trustees. Due to the global COVID-19 pandemic, mentors recorded their speeches from their homes and offices, and the students’ families and colleagues watched via Zoom webinar. Diplomas will be shipped to the students at their homes.

“I am amazed and humbled to recognize the tremendous science you have done and to contemplate the impact you will have to advance the cause of humanity in the decades that lie ahead,” said Lifton. “You should all take great pride in what you have achieved and carry from today passion and optimism for the change you will foster going forward.”

This year awards were also presented to two long-time members of the Rockefeller community, Alzatta Fogg and Torsten N. Wiesel. Fogg and Wiesel received the David Rockefeller Award for Extraordinary Service, which recognizes individuals from the University community who exemplify the commitment to the institution made by David himself. Fogg was recognized for her contributions overseeing and managing the dining venues at Rockefeller with distinction, with a personal warmth that brought the campus together. President Lifton noted that in her sixty-year career at Rockefeller, Fogg met every graduate student. She has added tremendously to the unique culture of the university and is friend to Nobel Laureates, faculty, students, postdocs, and staff.

Wiesel, a Nobel-winning neuroscientist and formerly the university’s Vincent and Brooke Astor Professor, joined Rockefeller in 1983 and served as president from 1992 to 1998. During this time, he guided Rockefeller to a scientific renaissance, expanded the hiring of tenure-track faculty, and significantly extended philanthropic efforts.

Pillsbury was honored for her service on the university’s board and her civic leadership. She was chief philanthropic advisor to David Rockefeller from 1990 until his death in 2017, and has served the university as a trustee, vice chair of the board, and most recently as trustee emerita. Over three decades of involvement, she served on seven board committees, and her expertise and financial acumen helped steer the institution through the historic 2008 financial downturn. Pillsbury also helped launch and sustain two of the university’s philanthropic affinity groups, Women & Science and Parents & Science.

Shapiro, Stanford’s Virginia and D.K. Ludwig Professor of Cancer Research and director of the Beckman Center for Molecular and Genetic Medicine, innovated the use of bacteria to probe fundamental questions in developmental biology. Her work has helped lead to the design of a new class of antimicrobial compounds. In addition, she has served as a White House advisor on bioterrorism threats and has received numerous awards and honors.

Visit this page to learn about Rockefeller’s graduate program.