Much in the way army ants follow one another’s trail, more than 350 high school students and teachers traversed York Avenue on a recent Saturday in January, descending upon Rockefeller’s Caspary Auditorium for this year’s Talking science event. The program, “The Social Lives of Ants,” was led by Daniel Kronauer, an evolutionary biologist at Rockefeller.

During two talks, peppered with questions from the teenage audience, Kronauer discussed how these tiny insects can help scientists answer big-picture questions about the principles that govern life. And he brought his young charges into the dark world of social parasites including beetles, silverfish, and phorid flies: creatures that sync their own life cycles to that of army ants, evolving adaptations that enable them to live among ant colonies and usurp their resources.

Kronauer, the Stanley S. and Sydney R. Shuman Associate Professor, also revealed how genetic barcoding could be used to identify never before seen species, one of which—a beetle, Nymphister kronaueri—was named after him by a former postdoc. Later, he discussed developing the clonal raider ant, Ooceraea biroi, into a model organism akin to the ubiquitous and genetically pliable fruit fly, showing the results of experiments with the species that could help explain how the strict strata of ant society arises.

During lunch, the Greenberg Building became a hive of activity—an anthill, if you will. In demonstrations organized by RockEDU, participants looked at colonies through microscopes, and graduate student Vikram Chandra showed a chandelier-like aluminum cast of a subterranean ant nest. Another graduate student, Kip Lacy, described the anatomy of the insects using blown-up images evocative of the movie Honey, I Shrunk the Kids.

Kronauer’s talks about studying ants in the field and in the laboratory are now available on YouTube. 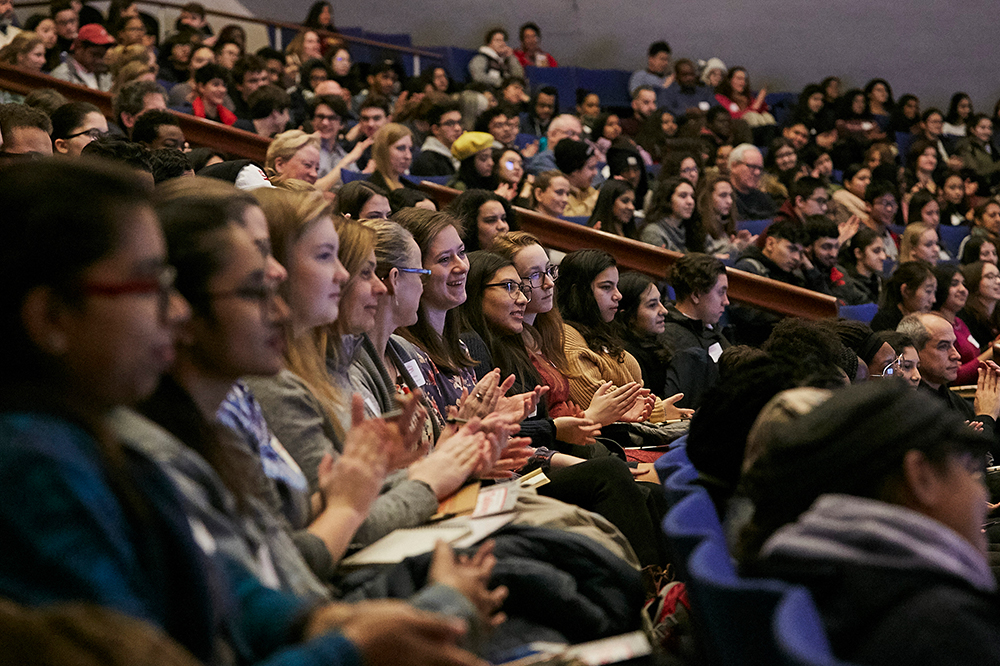